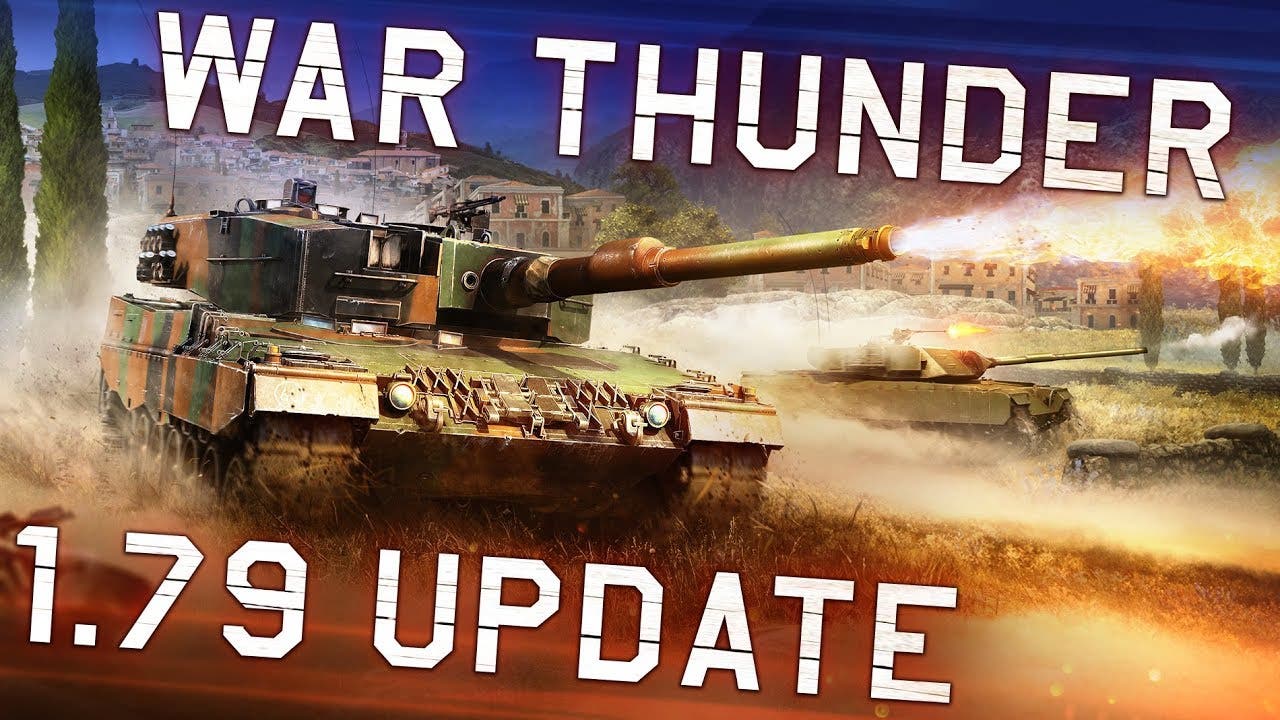 Wednesday, June 13, 2018 — Gaijin Entertainment has today released Update 1.79 ‘Project X’, the second massive update to the military vehicle combat game War Thunder this year. With more than two dozen new and reworked ground vehicles and aircraft, a massive new location based on the Italian peninsula for combined arms battles, a new map titled ‘Lagoda’ for aerial battles and a complete rework of the game’s sound effects for all aircraft, ‘Project X’ adds a vast amount of new content to the game.

1.79 update also expands the selection of modern era vehicles available in War Thunder to the early 90s. The most modern tanks in the game now are Japan’s Type 90 Kyū-maru and late modification of the German Leopard 2A4. France takes delivery of the  AMX-40, and the Soviet Union adds the T-62M-1. Britain now fields a modernized version of the Centurion AVRE engineering tank, while the US sees the two competing XM-1 prototypes from Chrysler and General Motors, one of which would later evolve into the famous M1 Abrams that is already available in War Thunder.

In the hangar players can now utilize “Protection Analysis”. This function allows players to choose a tank and check the vulnerability of any part of it. For the attacking side players can set a model of a tank, a type of shell, distance and direction of a hit. A complicated algorithm will show the chance of a ricochet, penetration and which modules of the attacked tank will be damaged by the hit.

For more detailed information about War Thunder Update 1.79 ‘Project X’ check out the official announcement trailer and the detailed changelog on the game’s website.