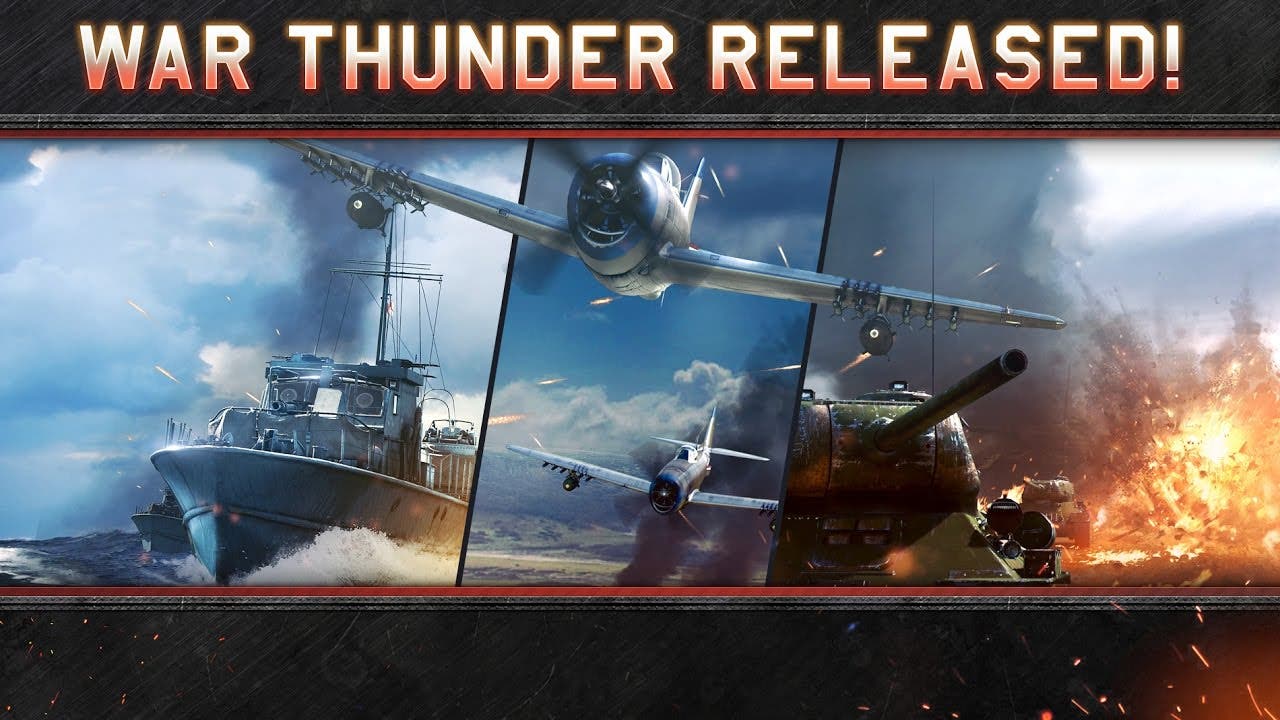 Gaijin Entertainment today announced that update 1.65 ‘Way of the Samurai’ marks the release of the originally proposed War Thunder game and ends Open Beta with all current in-game nations featuring their own aircraft and tank trees. The introduction of ships also means that War Thunder now takes the fight to land, air and sea to complement the game. Gaijin Entertainment will continue its commitment to improving the game through regular updates, as they progress toward the research trees of War Thunder Ships, which currently reside in pre-beta testing.

“After reaching this important development milestone, which marks the end of Open Beta, the goals set out for War Thunder in 2012 are now complete. We will focus on adding new features and improvements, to let virtual pilots, tankers and navy captains enjoy one of the most realistic, extensive and accessible war simulations of all time”, says Kirill Yudintsev, Creative Director of Gaijin Entertainment.

War Thunder’s ‘Way of the Samurai’ update will focus on completing the Armor of the Imperial Japanese Army, which adds 30 armored ground forces vehicles, featuring a full range of light and medium tanks as well as self-propelled guns and anti-aircraft vehicles modeled on interwar vehicles to proven mid-war workhorses and modern developments of the Cold War era.

Update 1.65 includes the integration of cockpit interiors for all aircraft with working gauges and indicators. The update contains two new maps for ground and combined arms combat, “Abandoned Factory” and “38th Parallel”. While the first challenges tankers and air support to identify targets in a maze of industrial workshops and loading bays, the latter propels players into the Korean peninsula and is the first ground combat location based on a post-World War II setting.  It also contains a dozen additional ground and air vehicles for other nations bringing the total number of available vehicles to more than 800.

In 2017, Gaijin plans to focus on two major game modes for War Thunder, the previously announced World War mode that allows players to experience massive operations across different theatres of World War II, as well as the full release of War Thunder Naval Forces for all nations.

Work will continue working on additional features such as adding new nations, new game modes and further improvements to eSport and other forms of competitive play.

Gaijin Entertainment also used the opportunity of War Thunder’s release to congratulate players with the start of a series of holiday timed events and specials. Everyone logging in to the game until New Year’s will receive a progression booster as a present. In addition, the holiday season will bring a variety of events where players can unlock several Premium vehicles and other content for free.