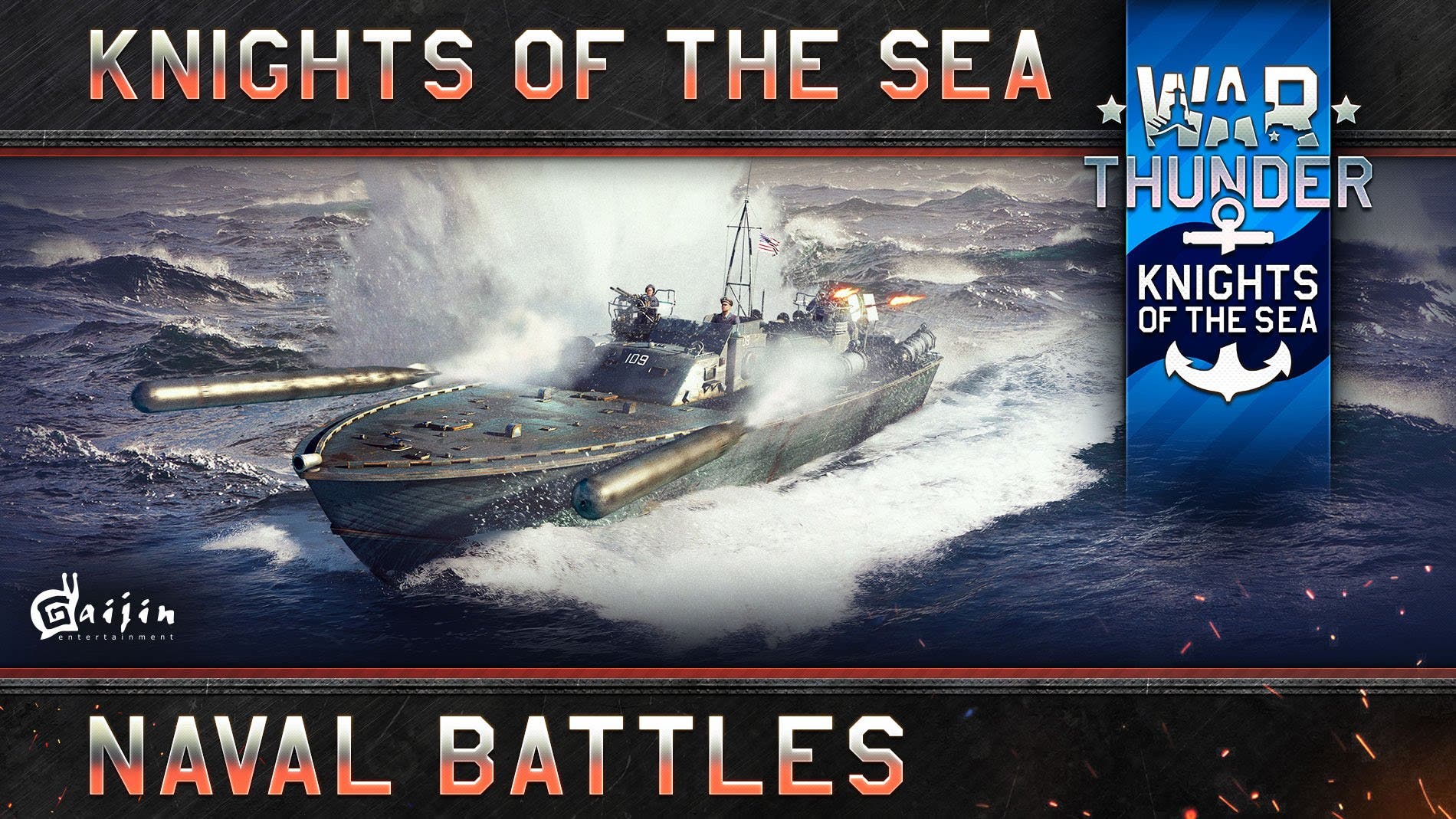 Gaijin Entertainment today announced the forthcoming start of closed beta for Naval Battles, the highly sought after combat mode in War Thunder, its award-winning MMO WWII online game with first exclusive hands-on at this year’s Gamescom. The inclusion of Naval Battles will provide fans with the ability to battle from the land, sea and air.

The participants of naval battles upcoming closed beta will be called the “Knights of the Sea”. Made up of torpedo, artillery and missile boats, coast guard vessels and submarine chasers, they are the so-called “small” naval contingent that served in all oceanic theatres of World War 2.

“The high level of realism is one of the key design features of War Thunder. Vehicles are as close to their real life counterparts as possible. Classic large ship battles during the war were contests of patience and planning, where engagements could last from several hours to several days. In War Thunder, where all kinds of vehicles fight in one battle and players can control aircraft, tanks and ships, it is not possible to change the size of the ships or make time run faster, as everything needs to remain consistent.

Our internal testing showed that battles with large battleships were too long and slow or required design changes that made ships entirely unrealistic. For this reason, we are leading with fast attack-based craft, which are rarely reproduced in games. Ships, that are more suitable for the formula of our game. These fast, agile and dangerous “Knights of the Sea” are worthy contenders for aircraft and tanks on the ground” – says creative director Kirill Yudintsev, Gaijin Entertainment.

All nations in War Thunder will get naval forces. Invited players and those who purchase one of two Starter packs with unique ships, will be able to join the closed testing as soon as the testing phase begins later this year.

The second starter pack includes the famous American PT-109, a motor torpedo boat on which the future US President John F. Kennedy served and performed acts of wartime heroism. During one of the operations the boat was subjected to a surprise ram attack from the Japanese destroyer, Amagiri. Despite a serious back injury, Lieutenant Kennedy acted wisely and decisively, saving all ten surviving crew members. In War Thunder, this boat is a fast and maneuverable ship destroyer. Her four torpedoes, each weighing almost 1,200 kg, come in handy for destroying large naval targets. Both ships will be available on the start of closed beta testing.

The first to take part in the naval battles of War Thunder will be the visitors of Gamescom 2016. In the game booth in Hall 6, Gaijin Entertainment has organized a special closed area, where guests can try their hand as captains of attack boats. For those unable to visit the exhibition, there will be a special video broadcast from the official Twitch booth and new developer blog updates each day, where developers of the game discuss the new regime, present ships of different nations and run giveaways of closed beta access codes for the viewers.