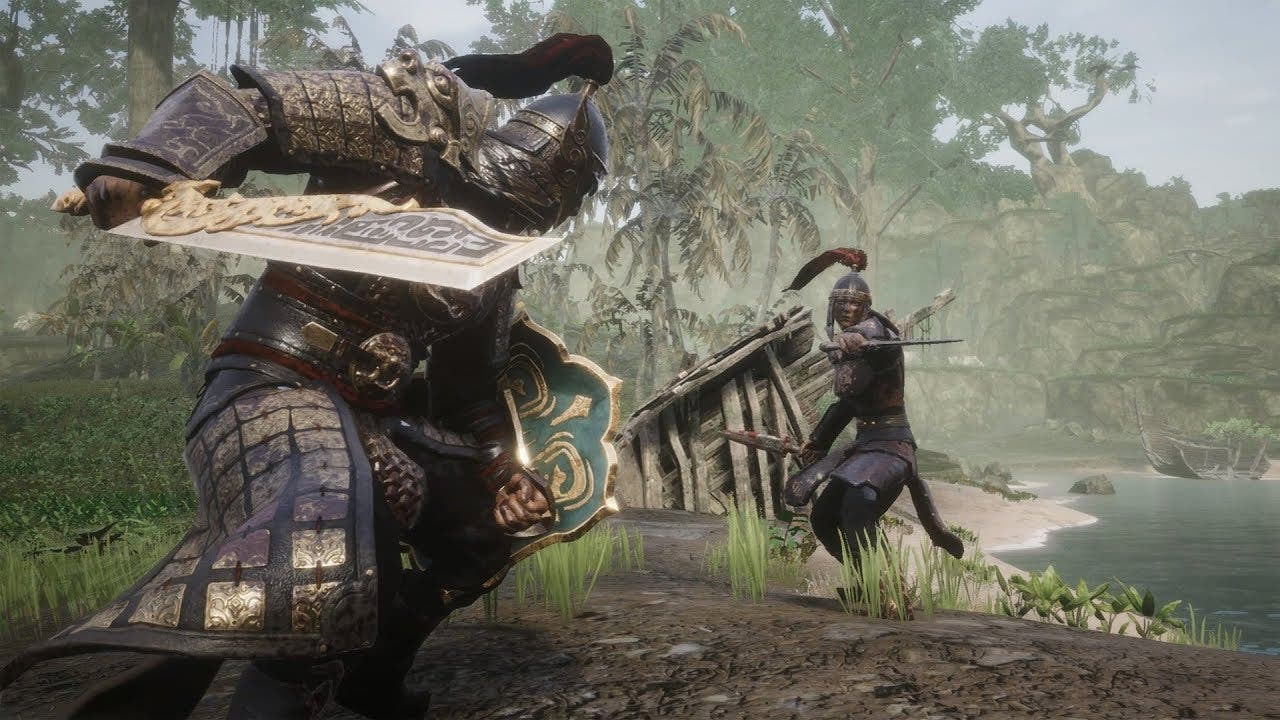 Conan Exiles gets first DLC with The Imperial East Pack, available now for PC, PS4, and Xbox One

OSLO, Norway – June 25th, 2018 – Funcom is excited to announce that The Imperial East Pack, the first DLC for Conan Exiles, is now available on PC, Xbox One, and PlayStation 4. The DLC can be purchased for $9.99 on all three platforms and introduces a range of new items and building pieces inspired by the eastern kingdom of Khitai. Players will be able to build new, Khitai-themed buildings, fill them with new furniture and decorations, acquire new Khitai-patterned war paints, and don several new and ornate armors and weapons brought from Khitai to the Exiled Lands.

For more information about The Imperial East Pack, check out the official blog and Steam page.

“We’re excited to have launched the first DLC for Conan Exiles, but DLCs are only one part of the post-launch strategy for the game,” said Funcom Creative Director, Joel Bylos. “We are also working on bug and stability fixes along with several free updates, including pets and taming, new dungeons, a new religion, and more. These are all large, game-altering updates that will be provided free to all players.”

For more information on what the developers are working on, check out the official blog.

Conan Exiles is an open world survival game set in the savage lands of Conan the Barbarian. After a successful Early Access run starting in January 2017, the game launched in full on PC, Xbox One, and PlayStation 4 on May 8th 2018 and became one of Funcom’s best-selling and fastest-selling games to date. For more information about the Conan Exiles, visit www.conanexiles.com. 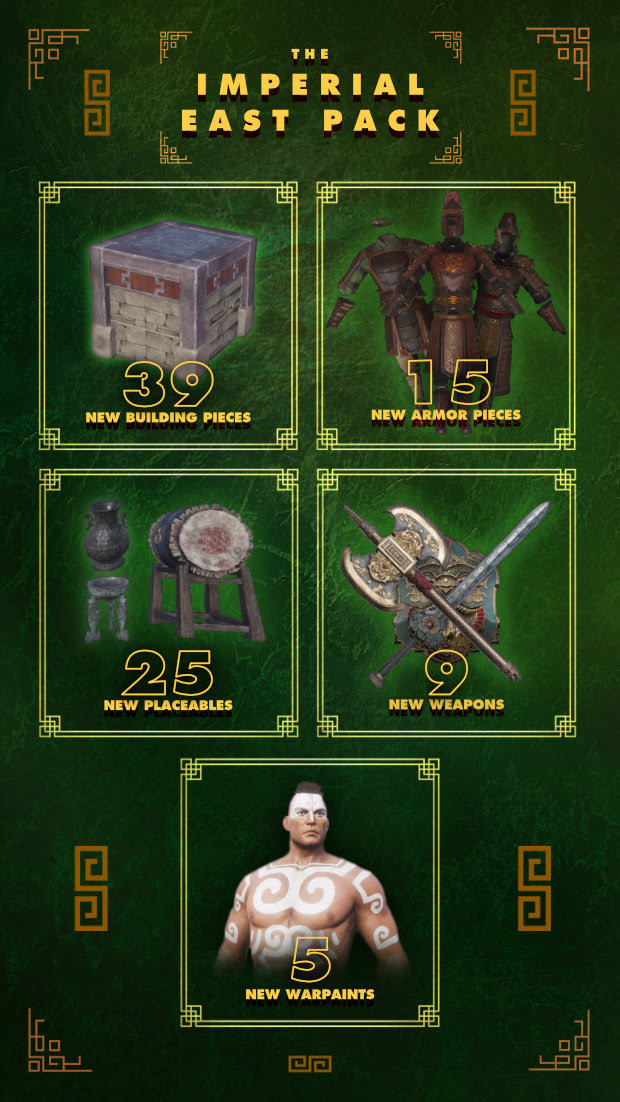