Bus Simulator 18 is the sophomore outing from developer, stillalive studios. This entry sees a vast improvement over its predecessor, Bus Simulator 16 in almost every way. The most clear change is the switch of game engines to Unreal Engine 4 which gives the game a better look, more sounds, and a larger city to work in. However, that doesn’t ease the fact that the duties of a bus driver are not only aggravating, but monotonous as well. 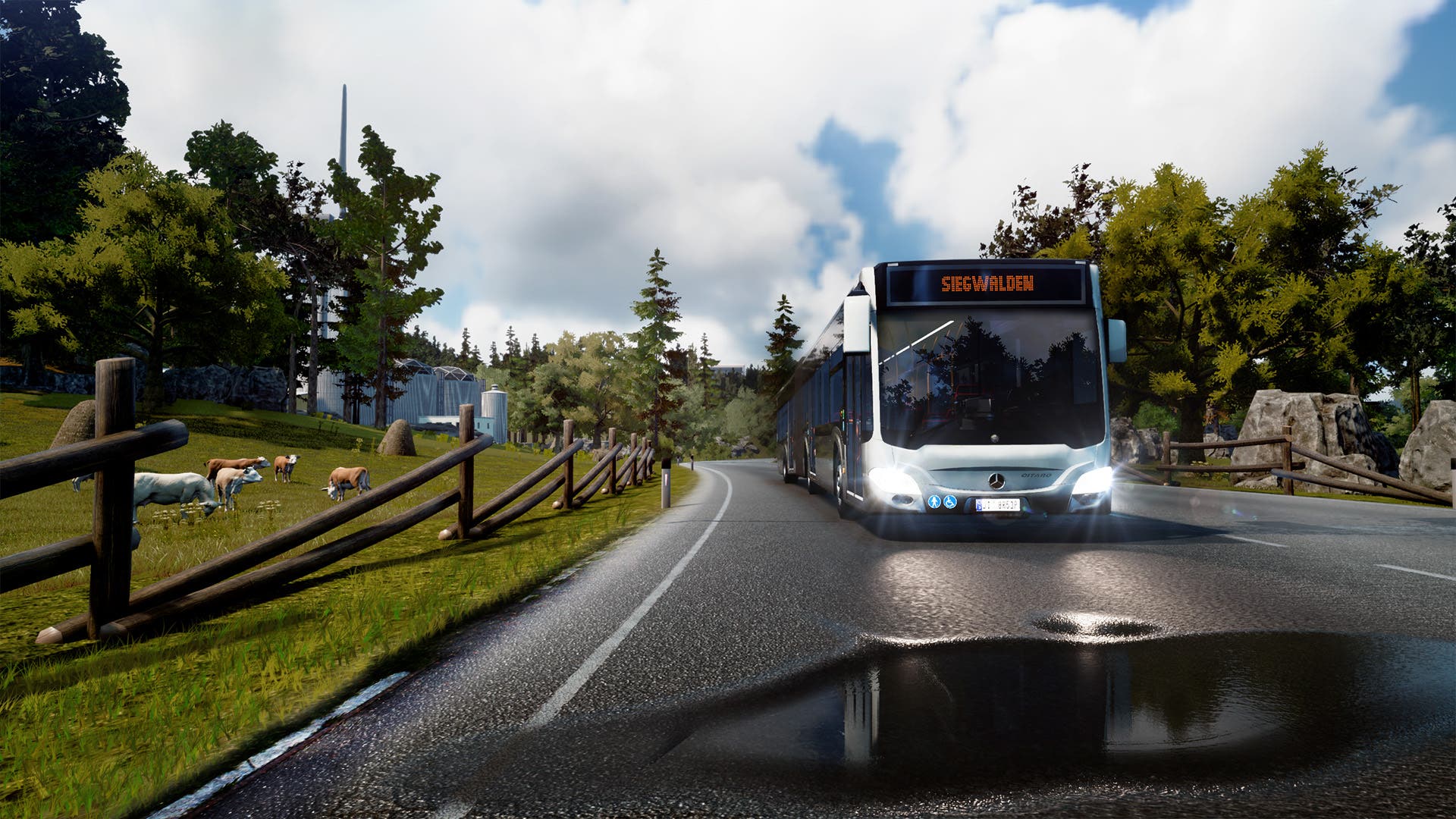 Seaside Valley is the place where you’ll build up your bussing empire. There’s twelve different districts, from downtown, to harbor, to business parks, and more. The starting area is a compact city that’ll quickly get you acquainted with the systems of how to play. There’s eight bus manufacturers, like Mercedes-Benz, MAN, SETRA, and IVECO making up the game’s diverse busses from diesel to economic. Like any good business, not only do you run it, but you have to drive routes yourself. These routes can be customized, but still can be a bit boring in the early going. As you get more successful, you’ll be able to buy more busses and staff them by hiring more drivers. You’ll then be able to customize your fleet of busses for that personal flair. At the end of a drive, you’ll see how much you made, and charts of where your money is going.

Every good thing you do earns you experience to level you up, and conversely so does every bad thing. Things like using turn signals, stopping smoothly, and stopping in the right place will earn you bonus points. Things that will cost you money or detract from your five-star rating is hitting curbs (which is next to impossible on some busses), braking too hard, and hitting potholes. Other factors are simply using bus stops within a route, those stops will level up and contribute to your level as well. Progression is gated by objectives you have to complete, such as hiring more drivers putting them on routes, or driving your own routes at night, or constructing a route that hits specific places without going over the maximum number of stops. It teaches you to be efficient, and keeps things interesting in the game. Completing a series of objectives will unlock more areas of the city to expand your business. 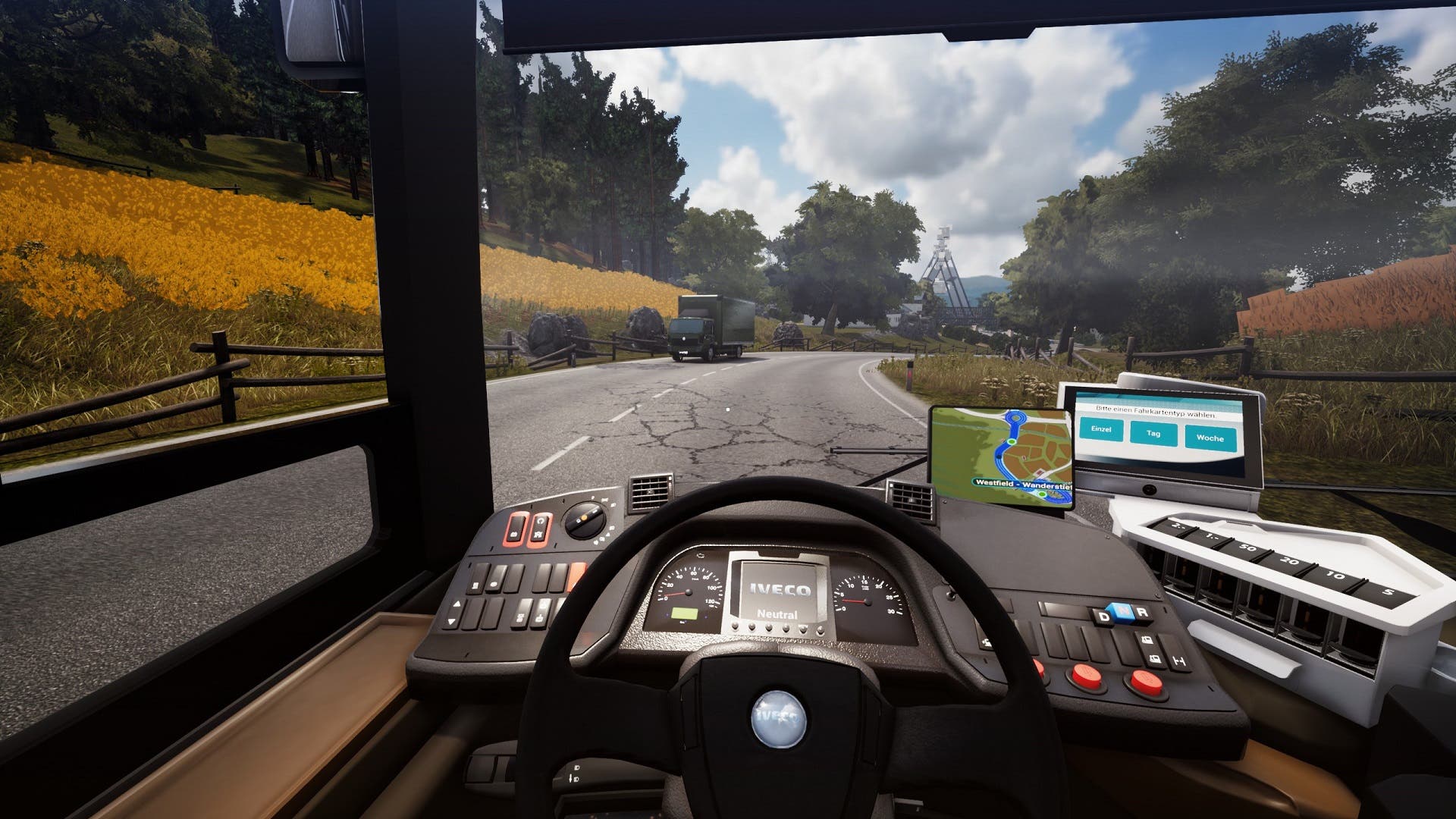 The actual driving of a bus is fine. You have to adhere to a strict set of rules like not leaving a stop too early. And often times traffic is busy and you have to wade through it, and take a penalty of being late. Or maybe there’s construction that’s slowing things down. Some oddities in the game is that the standard headlights aren’t as bright as they should be, and the bus doesn’t have a radio to play any kind of music. So rides are quiet aside from the people talking amongst themselves. There’s arbitrary speed cameras around. You can turn on a speed limiter, but it won’t protect you in all cases. Though, there’s a joy in getting the timing perfect of stopping and swinging both sets of doors open in a synchronous action. It isn’t long before some actions become second nature as you work your way through the game.

Bus Simulator 18 has support for wheels and gamepads, and in my experience, mouse and keyboard was preferred. The way the hotkeys for actions of opening doors, lights, and so on, the gamepad made less sense. A wheel would require a lot of turning, almost requiring a wheel that has 900° degree support. The game features a simplistic and realistic mode of driving and handling the game’s features like having to manually change into reverse or drive, depending. For no real reason, Bus Simulator 18 takes a really long time to load the first time. The move to Unreal Engine 4 was a good move overall, but could use some refinement and optimization, as the game ran in 2560×1440 @ 60fps, but not anywhere near the 144fps other games in this engine have accomplished. 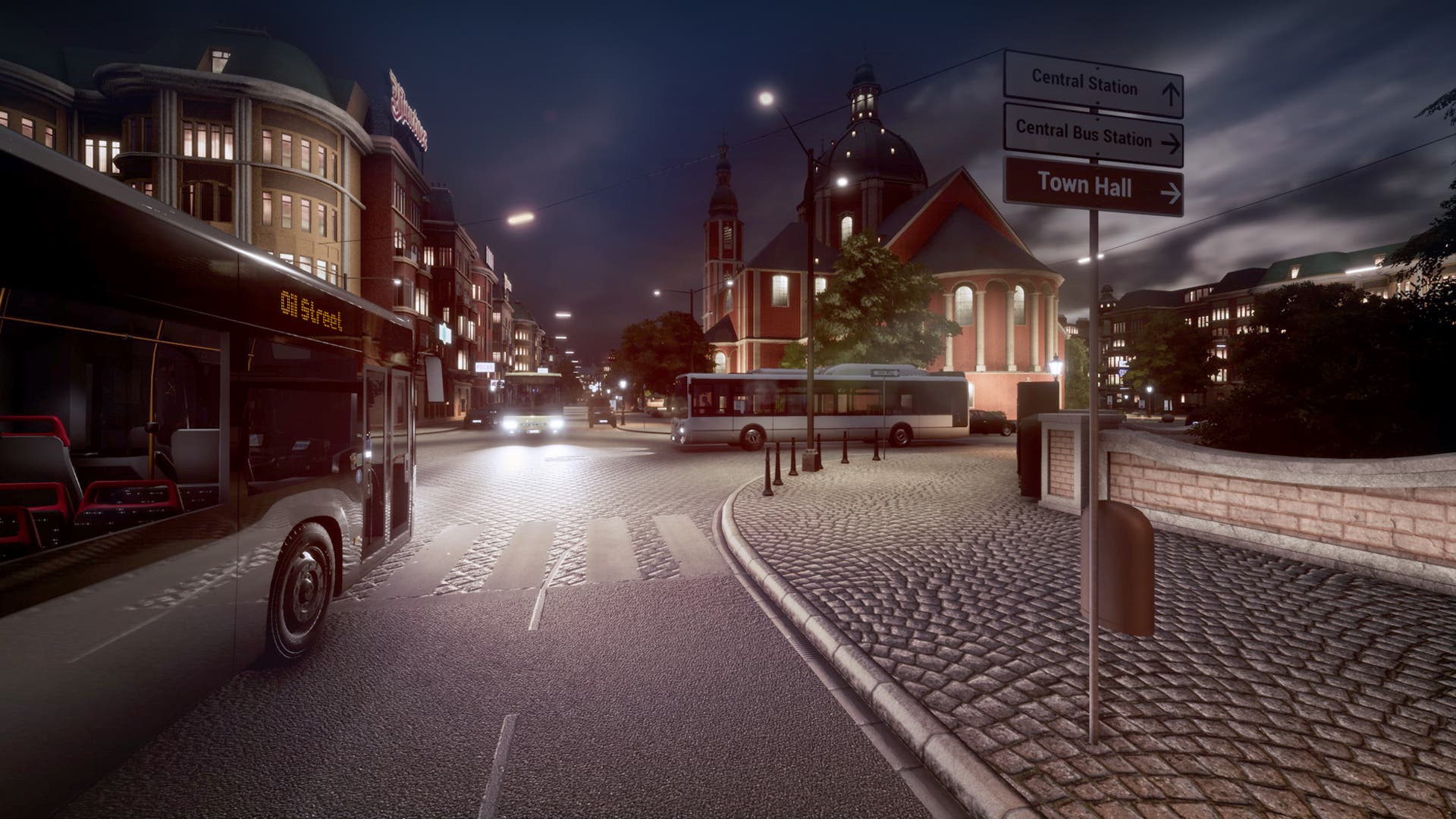 Being a bus driver in this game has tested my patience. If I have to hear about ‘Blizzard of Love’ and Hans, or the Old Sawmill one more time I’m gonna turn this bus around. The voice acting in this game is average and shallow. There’s some fourth wall humor that’s generally pretty funny, but by the fifth time you’ve had enough of it. Alongside the voices, character models repeat too often as well. This ambient dialogue makes your riders seem like they have lives and personalities all their own, but you encounter these archetypes too often that you can’t help but notice and be a bit annoyed.

As you take people to their stops, various events can happen that give the game some nuance. As long as the bus is stopped, you can get out. This is perfect when stuck in traffic jams on a holiday, you can walk around and check tickets. Anyone who doesn’t have a valid ticket, get fined. If they are good – no harm, no foul. Sometimes people will leave trash you need to pick up or you’ll get complaints about smells. There’s always a passenger who’s listening to loud music that you need to silence. You get to use your horn at vehicles parked in a bus bay. Bus Simulator 18 does a solid job at simulating a living, breathing city in motion. Bus Simulator 18 features multiplayer, but despite its popularity as a whole, the lobbies for games with others are always full or not enough availability. Because of this I wasn’t able to see what was on offer here. 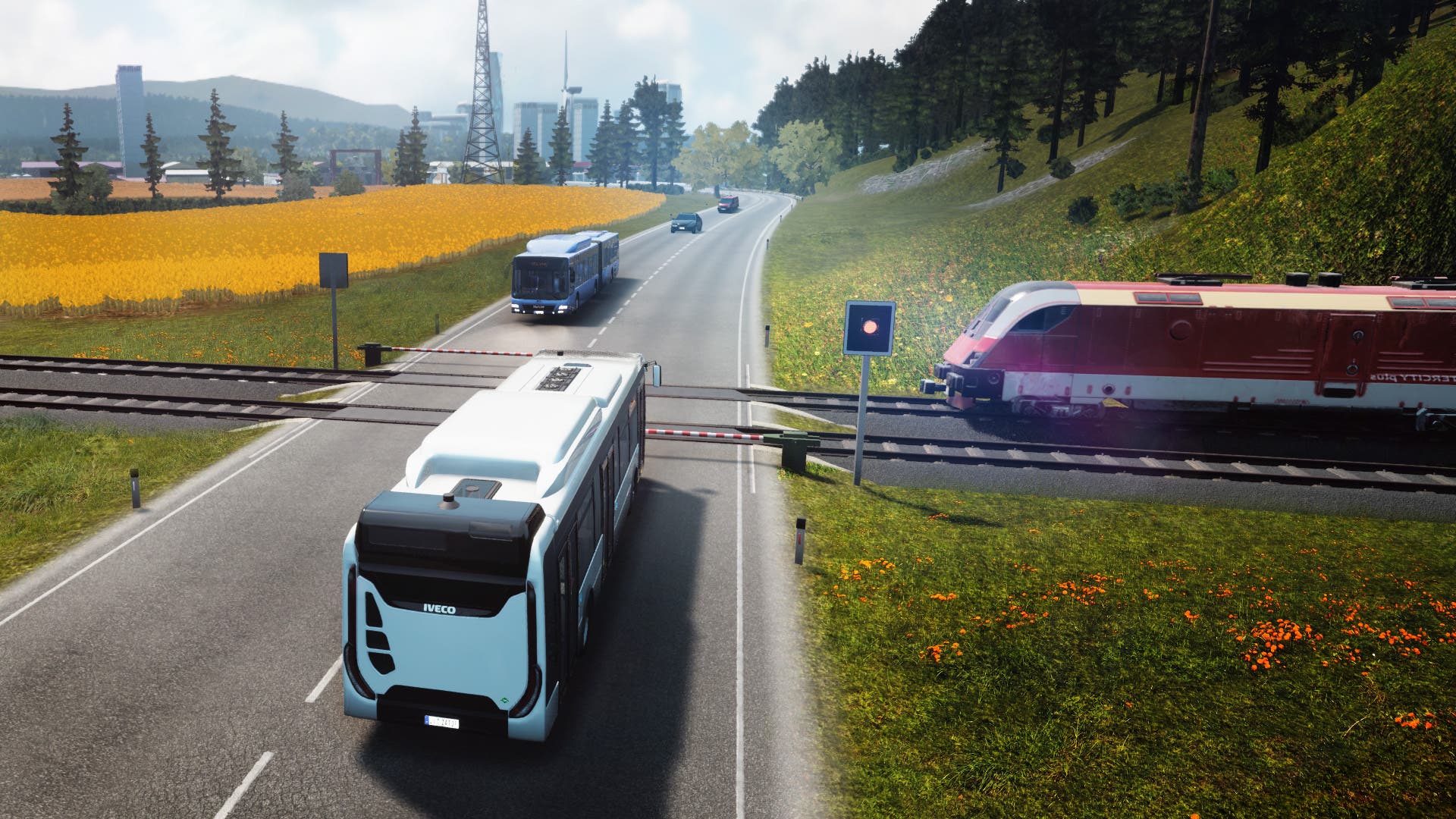 Other motorized job simulation games of its ilk are about the journey, and in Bus Simulator 18‘s case, this is purely about the destination. As such, I found myself burning out quickly, even with new districts of the city unlocked for me to expand into. There’s a lot of small details that make up for the game’s other deficiencies. Ultimately, the repetition of Bus Simulator 18‘s actions is what holds me back from enjoying it more, as I’ve seen everything that’s available in the first several hours. Bus Simulator 18 is no doubt enjoyable, and will vary person to person, but I’m very excited to see what happens to this game in terms of updates, DLC, and eventual future releases.