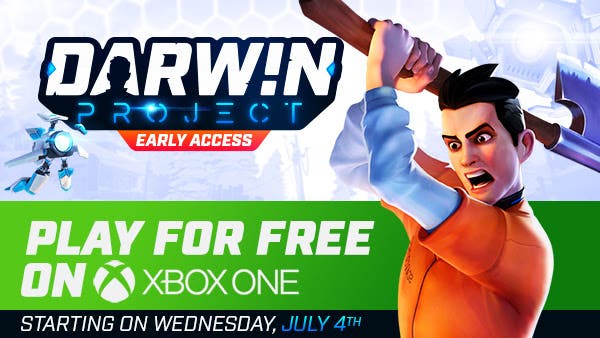 For a limited time, Darwin Project inmates can obtain soccer-themed sportswear by opening Fan Gifts or purchasing these new styles with Ramen in the Item Shop. Show your support for your favorite team or mix and match the new items with your go-to pieces for fresh, workout-ready styles. The items will only be available until July 12.

Scavengers Studio continues to add regular improvements to Darwin Project, which has surpassed 1.4 million total downloads. Since its launch on Steam Early Access and Xbox Game Preview, Darwin Project has been expanded with Duo Mode, skill-based matchmaking, over 200 unlockable cosmetic items, the Glider Tool, 5 new Show Director Powers, and a lot more. For a glance at what’s still to come, including the Tile Mapping system, be sure to watch the latest Behind the Scenes video.

Still hungry for more northern Canadian battle royale goodness? Check out the latest updates from the team at Scavengers Studio!