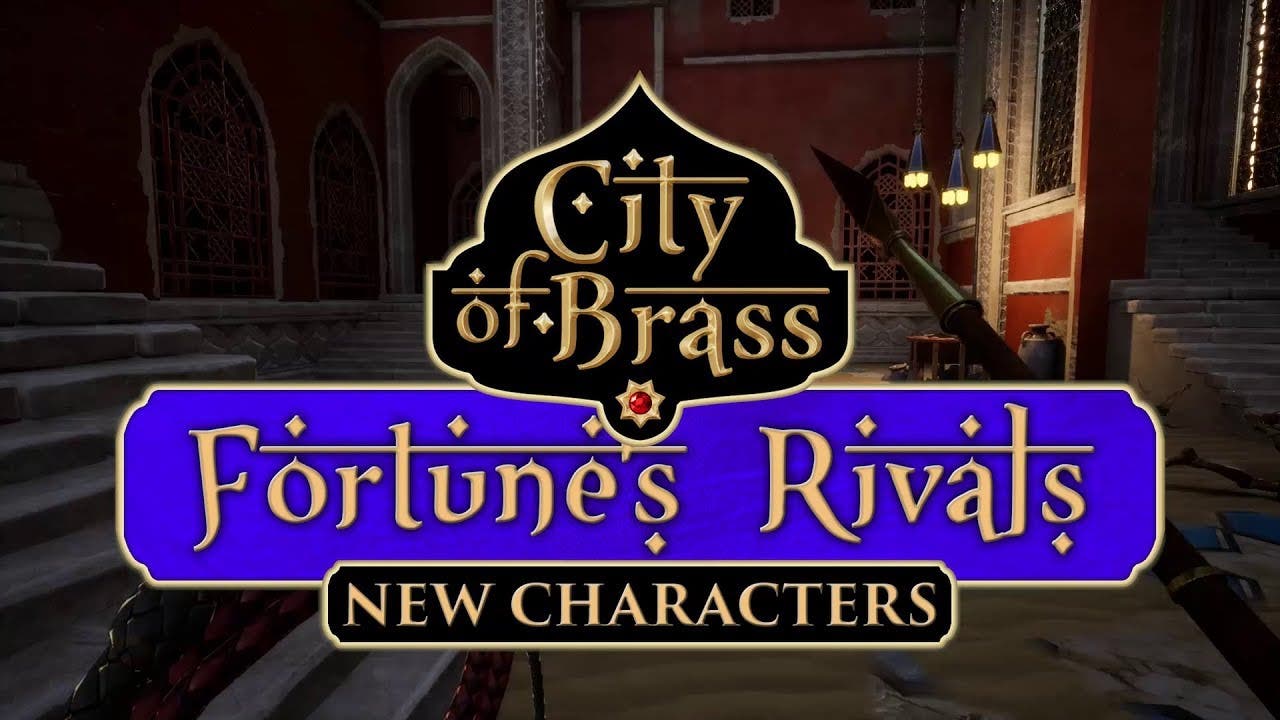 City of Brass gets free update, “Fortunes Rivals” that’s available today on PC, and soon on Xbox One and PlayStation 4

CANBERRA, ACT – July 16, 2018 – City of Brass, the Arabian Nights-inspired first-person adventure from the BioShock veterans at Uppercut Games, bolsters its arsenal today with the “Fortunes Rivals” update, out now on PC and coming soon to PlayStation 4 and Xbox One.

Three new characters have joined the quest to claim the fabled treasures awaiting at the heart of the city. The Traveler, Soldier, and Brigand all have their own backstory, weapons, and playstyles and inject new life into City of Brass.

The Soldier enters the city walls with a spear that can be used both to stab and hurl at undead foes. Meanwhile, The Brigand brings throwing knives to the fight and compensates for his weaker constitution with an increase in movement speed.

In addition to their starting loadout, characters will find distinct weapons and combat-modifying relics along the journey, like the multi-pronged “Trident of Puncturing” or enemy-freezing “Skewer of Chilling,” which help make each run feel special and play out differently from the last.

As well as adding new characters and gear, “Fortunes Rivals” allows players to select the whip and blade-wielding starting character’s gender, offering players another choice regardless of if they’ve earned enough ranks to unlock The Traveler, Soldier, or Brigand. Other changes include gameplay tweaks based on player feedback and Japanese localization.

“City of Brass is a special experience and we’re happy to continue supporting the game and our lovely community with the ‘Fortunes Rivals’ update,” said Ed Orman, co-founder and designer, Uppercut Games. “These new characters and gear introduce a fresh sense of depth and variety to the experience and we look forward to seeing players explore City of Brass in new ways.”

City of Brass is financed with the assistance of Screen Australia’s Games Enterprise Program. To more learn more, visit the game’sofficial website or follow Uppercut Games on Twitter.