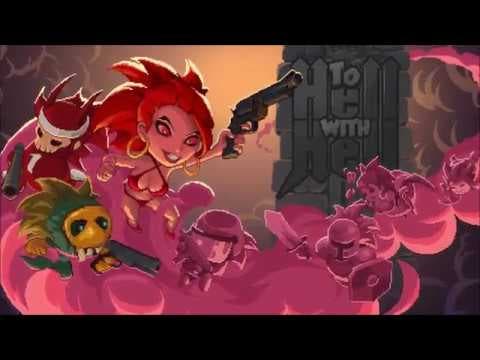 FRANKFURT — It is July 19, 2018, our final day on earth. A day that started just like any other day but someone went and left the doors to hell wide open. The apocalypse has arrived and during these last hours, we’d like to invite you to try out To Hell with Hell. Releasing today into Steam Early Access, publisher Deck13 and developer Lazurite Games come together to bring players a tongue-in-cheek, bullet hell rogue-lite experience where you slip into the role of Natasia, a Russian stripper on her way to work when all hell breaks loose.

“Well, that’s some bad timing I guess”, said Pavel Ustyuzhanin, one of the founders of Lazurite Games, “But look on the bright side, at least you can now prepare yourself with the intense combat of To Hell with Hell!”