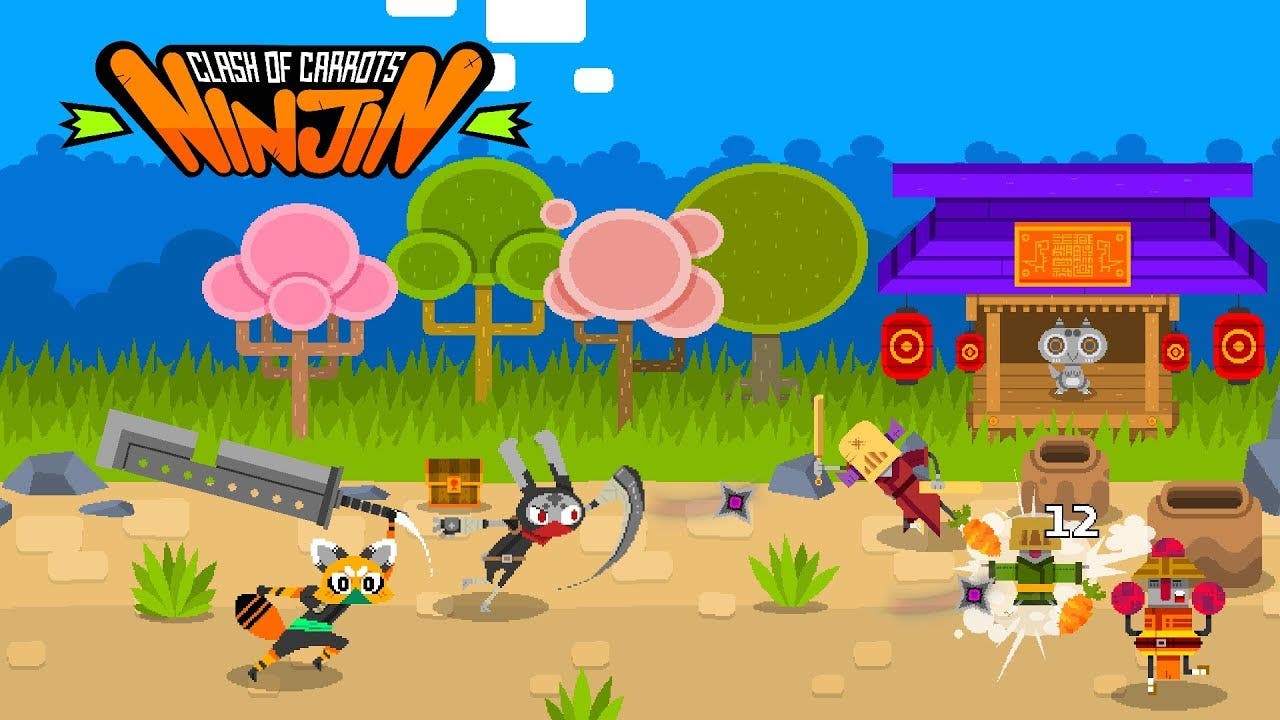 WALNUT CREEK, Calif. (July 24, 2018)— Ninjin: Clash of Carrots, a frenetic, non-stop action game developed by Pocket Trap and published by Modus Games, arrives September 4, 2018 on Nintendo Switch, PlayStation®4, Xbox One and Steam. The game’s humorous storyline can be played in single-player, as well as local or online 2-player co-op.

Set on a fantasy continent inspired by the Japanese Feudal era, Ninjin: Clash of Carrots is a hilariously fun beat-’em-up with a heaping dose of customization options to make each stage fresh and exciting. Battle through side-scrolling worlds as Ninjin, a charismatic bunny, or as Akai, a ninja fox, to recover your village’s stolen carrots from the claws of the evil Shogun Moe.

Take down numerous enemies and bosses, collecting carrots along the way which can be spent in the Corgi Store to purchase new equipment, or the Shady Shop for special weapons, tons of masks and other customization items. Choose from a wide variety of equipment, outfitting your character to better defeat your opponents. Then get back out there and kick some tail!

Ninjin: Clash of Carrots also features a special survival mode called “Oni TV Show” – also playable in both single and multiplayer – where you’ll have to fight endless waves of enemies to rack up rare rewards. Challenge a friend to see who can progress the furthest. Ninjin: Clash of Carrots is easy to pick up and play, but only the most skillful ninjas will master the game!

Ninjin: Clash of Carrots will be available digitally on September 4, 2018 for Nintendo Switch, PlayStation®4, Xbox One and Windows PC for $14.99 (USD). For more information, visit www.ninjingame.com.