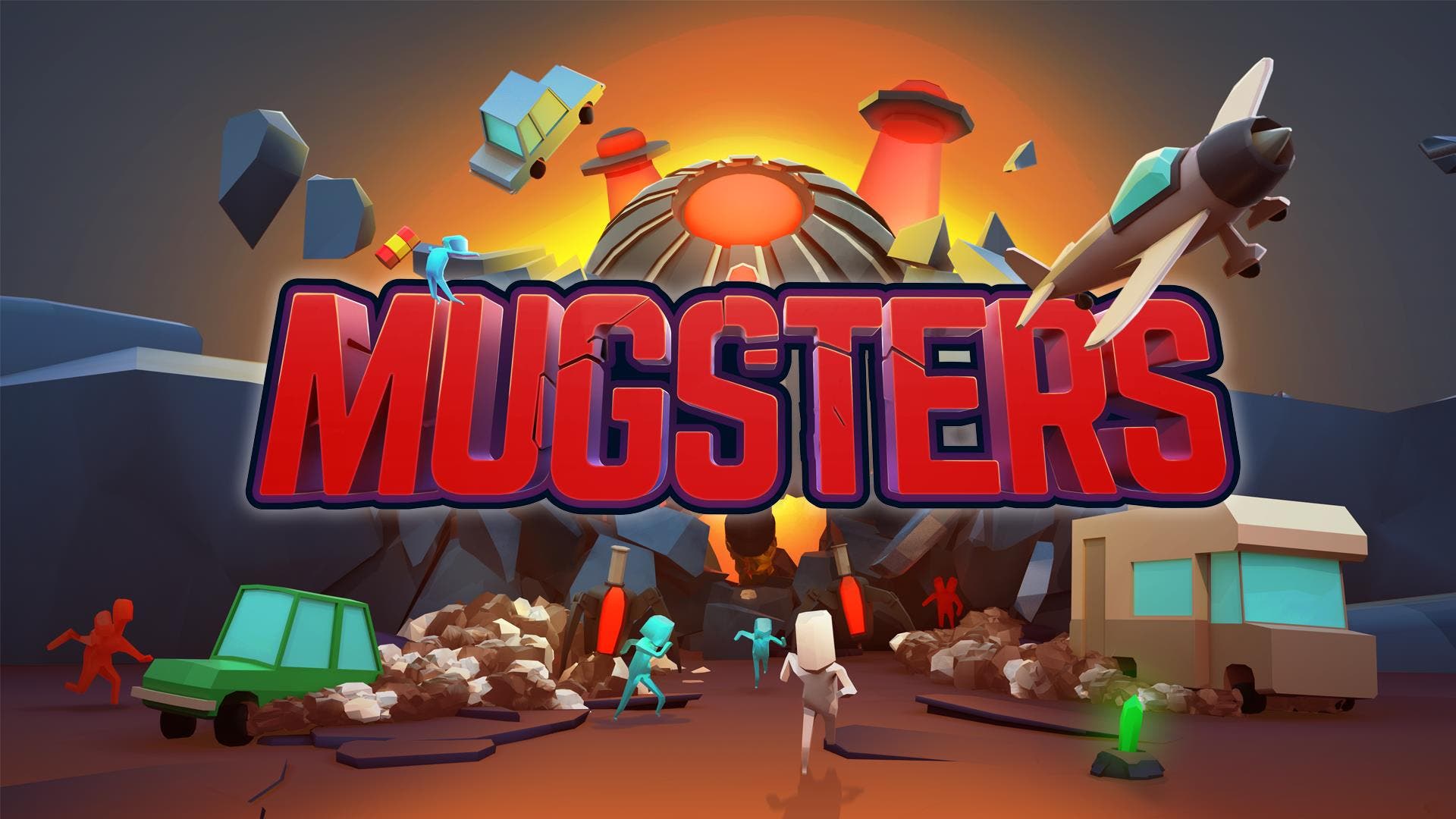 Mugsters comes from one-person development studio, Reinkout Games. Touted as a combination of “GTA 2 + Blast Corps“, I can see that with the open-ended design and environmental destruction that can occur. It doesn’t quite deliver on that promise, but what it does is provide is puzzles that can be completed in any order and in any way to provide freedom of choice in single-player or in coop. Mugsters is a unique title that won’t leave a lasting impression, but it will entertain for hours. 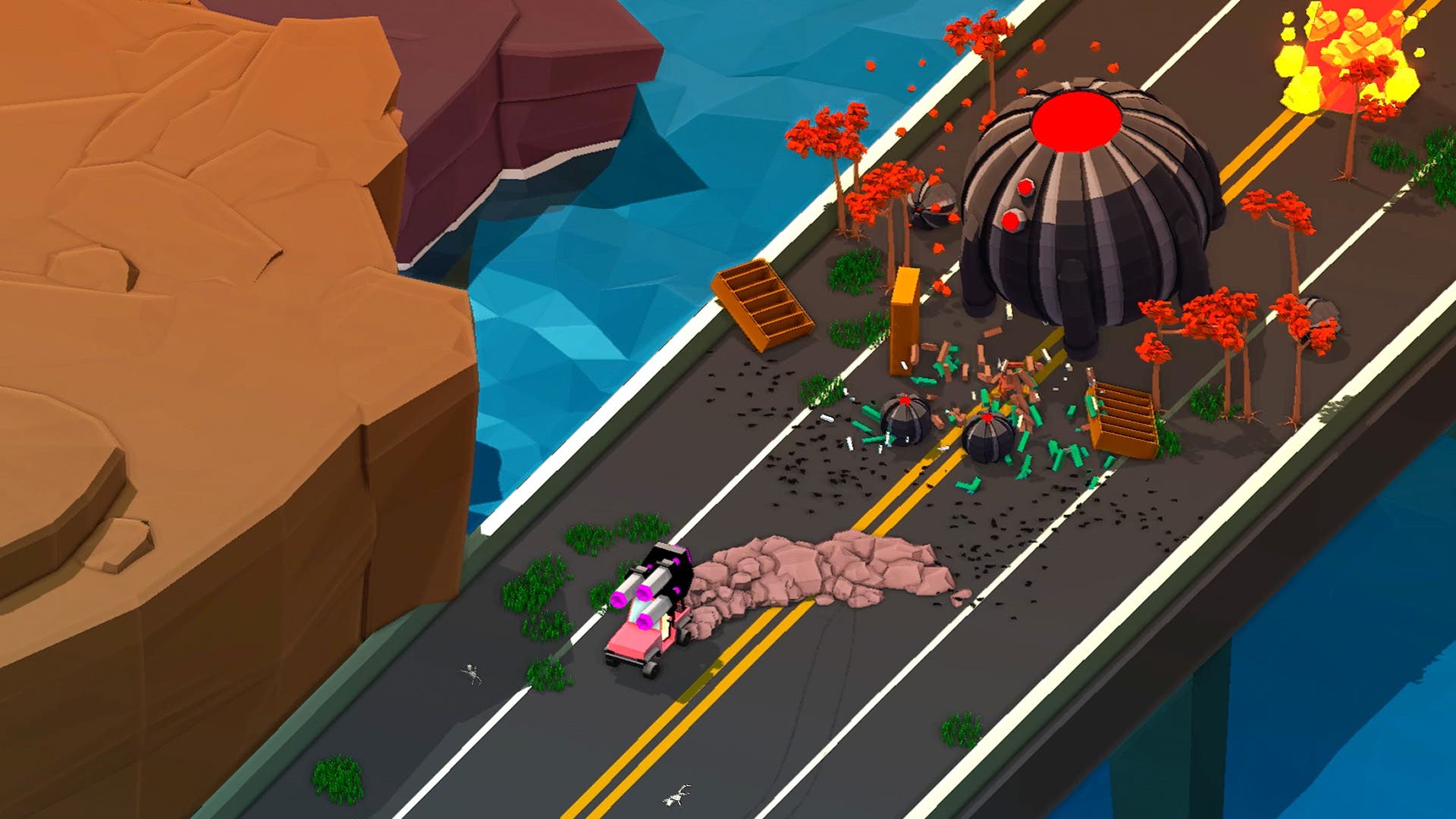 Mugsters doesn’t have much of a story, but as it goes, aliens have taken over the planet and humans are on the brink of extinction as a result. And that’s it, and it’s really all you need though. This is a hard game to define. Is it a puzzle game? A sandbox game? Well, it’s both, as it allows you to find open-ended solutions to the objectives laid out before you. There’s a main hub where you start the game. It has unlockable areas that are only possible by completing the game’s levels with all objectives. There’s even a race track to set times, which when you unlock more vehicles, is great in coop.

Once you dive into a level, there are three objectives to complete. You can complete some or all of them, and as long as you find the means to leave (which is via airplane). You don’t have to complete all the objectives, but you want to, and doing so means you can unlock more in the hub area. By completing all the objectives, it unlocks a time trial for that level. The objectives for each level are generally the same: destroy this, save humans, collect crystals, and that’s it. This repeats constantly. Collecting crystals is generally pretty fun, and requires some thought. Saving humans means you’re escorting them until the level, and they die quick – so it’s best to wait until you’ve eliminated all threats first. And the miscellaneous destroy is the most challenging and puzzling element of the game. The lack of tutorial in Mugsters is the tutorial, teaching you that you already know how to play and complete objectives, you need to figure it out yourself. 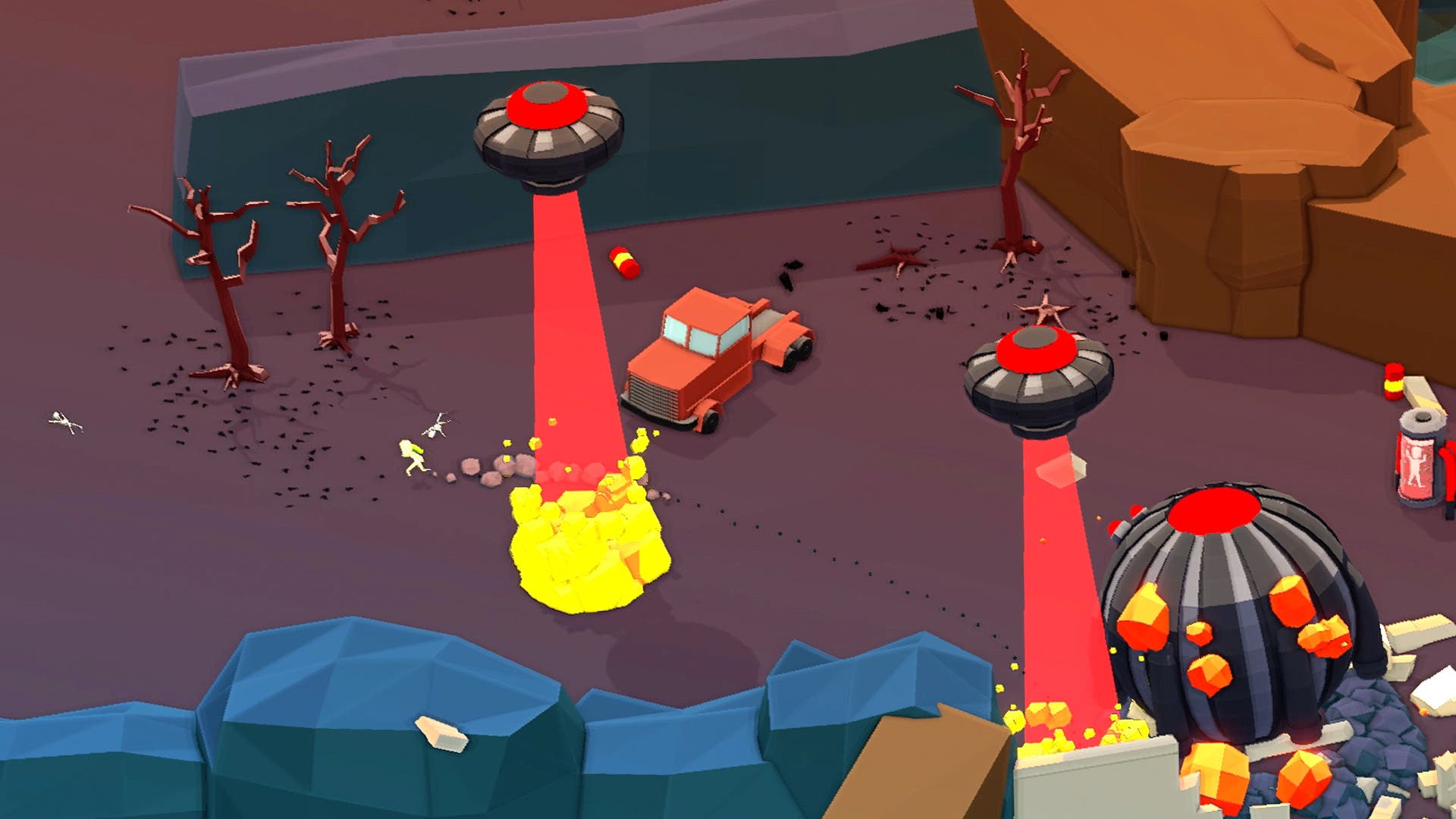 The act of moving about in Mugsters is actually slower than you’re led to believe from trailers and GIFs. You’ll be punching your way through levels, picking up items, throwing items, driving, and flying about these islands. But your approach must be thoughtful, so that you don’t die immediately. Death is of no consequence really, but having to redo environmental puzzles to access late-level areas is annoying. It’s fun placing traps for enemies, like setting explosives to go off right as a big group of enemies or hazards are nearby. The physics when things blow apart looks real good, and so destruction is encouraged.

During my time with the game, I encountered frequent and many bugs. The bugs were mainly centered around the AI, and the humans you save are real dumb. They freak out often, and get stuck on objects or behind walls, and even after coming back for them, you can’t corral them out of the area. They are effectively lost until you restart the level. Then there are times where the objectives don’t always update when they should, and you need to restart or go back to get them all – which is also not good. There are funny bugs, like when you drive a car, stop, and get out, sometimes the car will pick-up speed and go flying off the island or try to drive through an impenetrable wall. These are all things the solo developer can fix in time, but definitely interfered with my enjoyment of the game.

Mugsters is not difficult, but it’s challenge is more about figuring out how you want to do something, not so much how you need to or having the ability to. It’s a repetitive game, with it’s same-ish objectives being recycled level in and level it. All of this adds up to making it the most disappointing thing about it. If only there was some more variety strewn about these levels, it would have made a world of difference.

In terms of controls, I found that mouse and keyboard is rather lacking and not as responsive as it should be, so a controller is recommended and feels the best. Being unable to zoom in or out is unfortunate, but camera rotation is top-notch to help you see what you need to. The low poly art with vibrant and saturated colors looks amazing, and each level just beams with color and general positivity. Peculiarly, I could not set the game resolution to my native resolution (2560×1440), so I had to settle for 1080p instead of 1440p. It wasn’t a huge issue playing the game this way, but I hope the game supports higher resolutions in the near future. 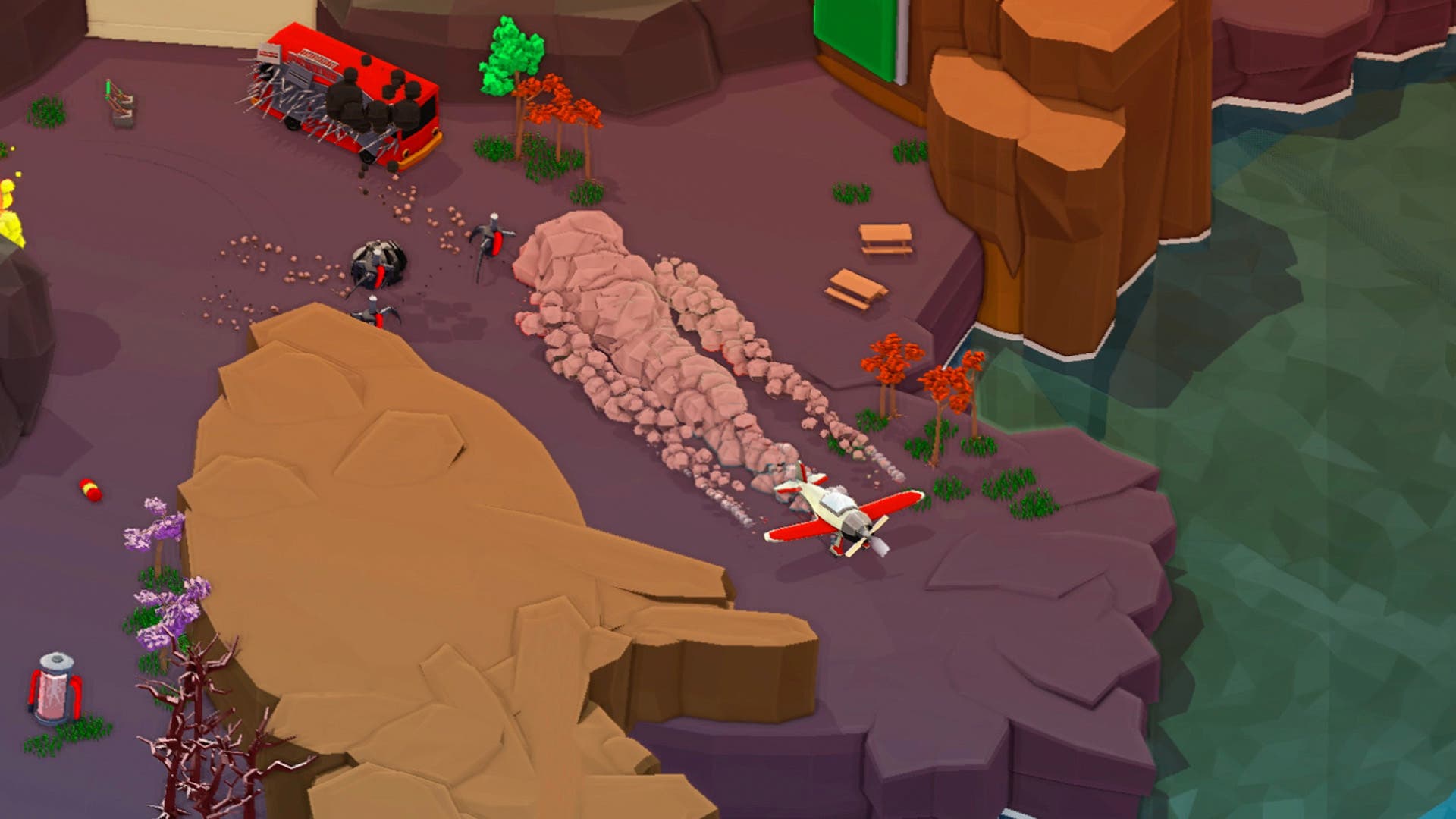 Mugsters is an impressive outing from this single developer, but the game is also is hampered by the same thing it is praised for. This is an enjoyable game, but it depends on the person playing it. Whether you choose to play solo or coop, you’ll have unfettered fun completing the game’s puzzles. While Mugsters has this “top-down Grand Theft Auto” style, you’re not able to execute the frenetic chaos that the game suggests. It instead is a game that invites you to turn your brain off, and do everything your way.