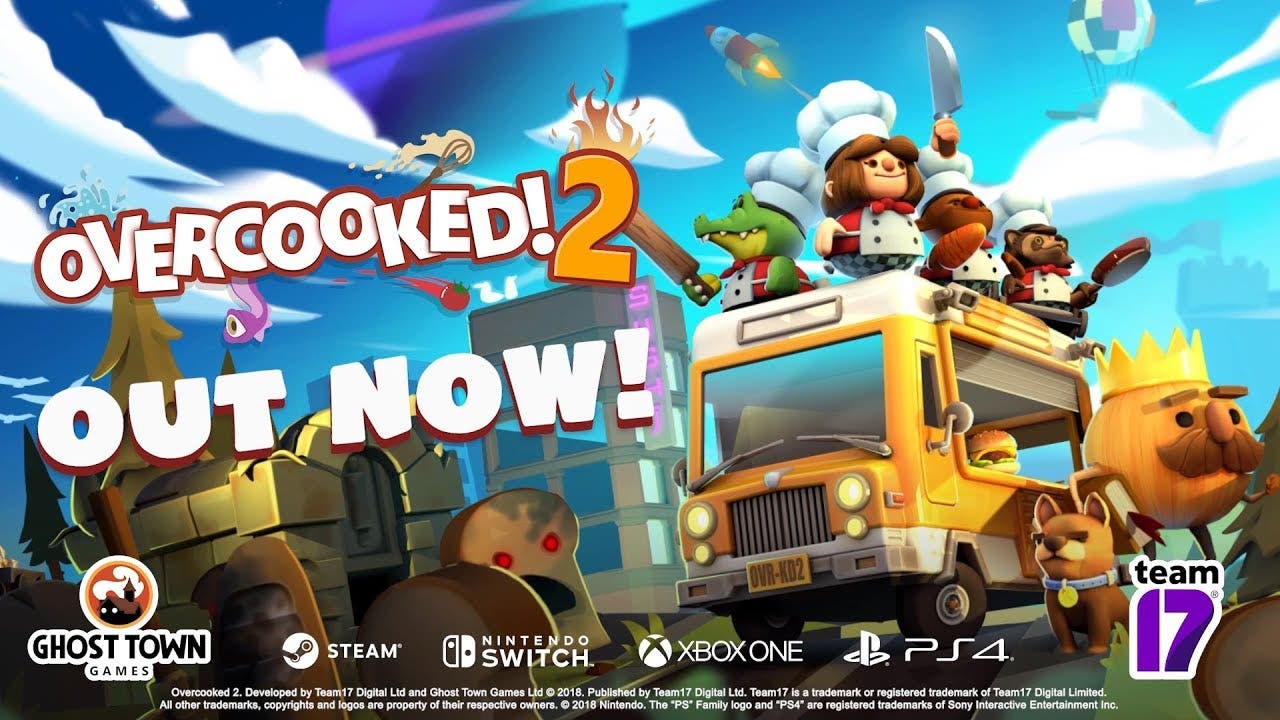 Overcooked 2 is now ready to be served, available on PC, PS4, Xbox One, and Switch today

7th August 2018 – Team17, a global games label, creative partner and developer of independent, premium video games in partnership with BAFTA award winning indie developer Ghost Town Games are incredibly proud to announce that Overcooked 2 launches today! Overcooked 2 brings all new kitchens, recipes and calamity to Xbox One, PlayStation 4, Nintendo Switch™ and PC. Work with up to three other players in local and online multiplayer to serve dishes to an insatiable room of diners from a not so regulation kitchen.

“After the release of the first game we had thousands of messages from fans around the world hungry for more. We’re extremely happy to work with Team17 to deliver another serving of Overcooked which builds on the first game in every direction” – Phil Duncan, Ghost Town Games

The Onion King has risen the Unbread (much to the disappointment of his faithful companion, Kevin) and he has tasked you with defeating them. As the greatest chefs in the land (well, the chefs that happen to be free at the time) you must chop, boil and bake your way through a series of crazy kitchens. Whether you’re serving sushi, pancakes, burritos or burgers, you must do so quickly and all while avoiding obstacles such as fire, collapsing floors, floating work surfaces and cars.

A range of Overcooked merchandise is now available from Fangamer including a t-shirt, tea towel and lapel pin with other items releasing soon! You can view the range here:https://www.fangamer.com/collections/overcooked