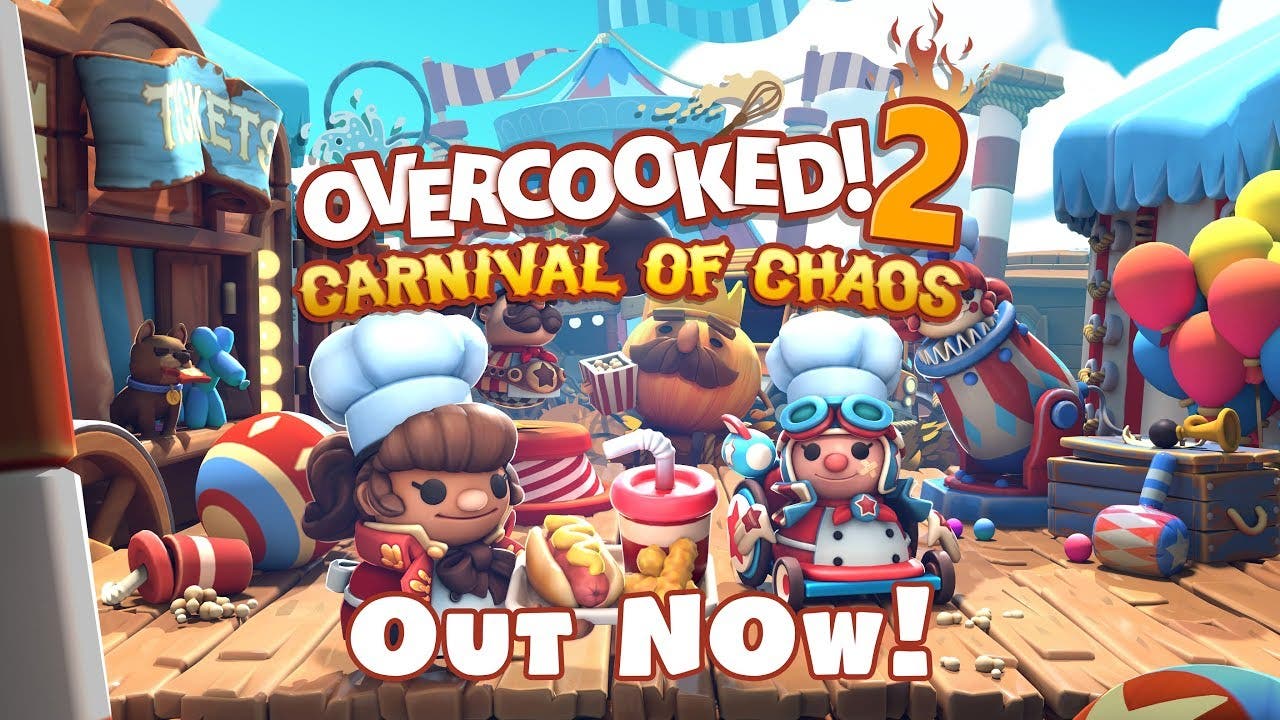 Overcooked! 2 begins the “Carnival of Chaos” in final DLC of the Season Pass today

Thursday, 12th September 2019 – Team17 and Ghost Town Games have once again teamed up, this time to serve a chaotic course of fun fair food as part of Overcooked! 2’s season pass, with today’s launch of the ‘Carnival of Chaos’ DLC. This final part of the season pass sees players enjoy a new burst of culinary delights with new carnival inspired recipes, new levels, new chefs, combo meals, and even cannons!

The Overcooked! 2 season pass will satisfy the hungriest of customers, giving players a saving on three extra portions of content. In addition to ‘Carnival of Chaos’, the pass includes ‘Campfire Cook Off’ and ‘Night of the Hangry Horde’, both serving up even more meals, mechanics and mayhem. The Overcooked! 2 season pass is now available digitally on PlayStation 4, Xbox One, Nintendo Switch™, and PC priced at £14.99/€18.99/$18.99.