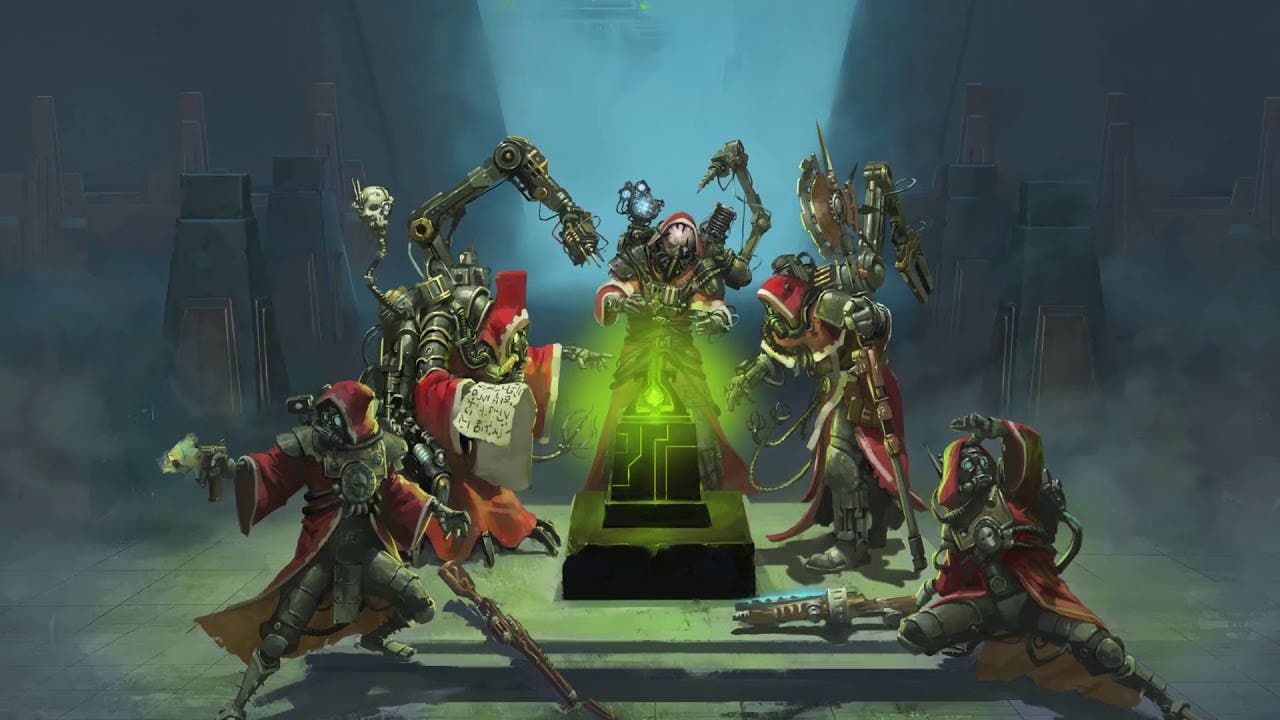 Leicester, UK, 8th August 2018 – Augment your Tech-Priests, ready your Skitarii and power up your Kastelan Robots! Warhammer 40,000: Mechanicus is coming to PC on November 15th, 2018.

In preparation of the release date, publisher Kasedo Games, in partnership with Games Workshop, have announced that the tactical turn-based title is now available for pre-order with early adopters saving 10% on the retail price.

For the first time ever in a Warhammer video game, Mechanicus puts you in control of an array of Adeptus Mechanicus forces.

Lead your priests and troops on a tactical quest to salvage ancient technologies from the mysterious catacombs of the Necron tomb world, Silva Tenebris. As Magos Dominus Faustinius of Mars, your every decision will shape the missions ahead and have far-reaching consequences for you and your team.

As well as the standard pre-order of Mechanicus, Warhammer fans will also be able to pre-order a special Omnissiah Edition which includes:

Recommended technical specifications for the game are included below.

Pre-order the Standard or Omnissiah Edition and get 10% off here.

To join the Mechanicus community or for more information on the game: