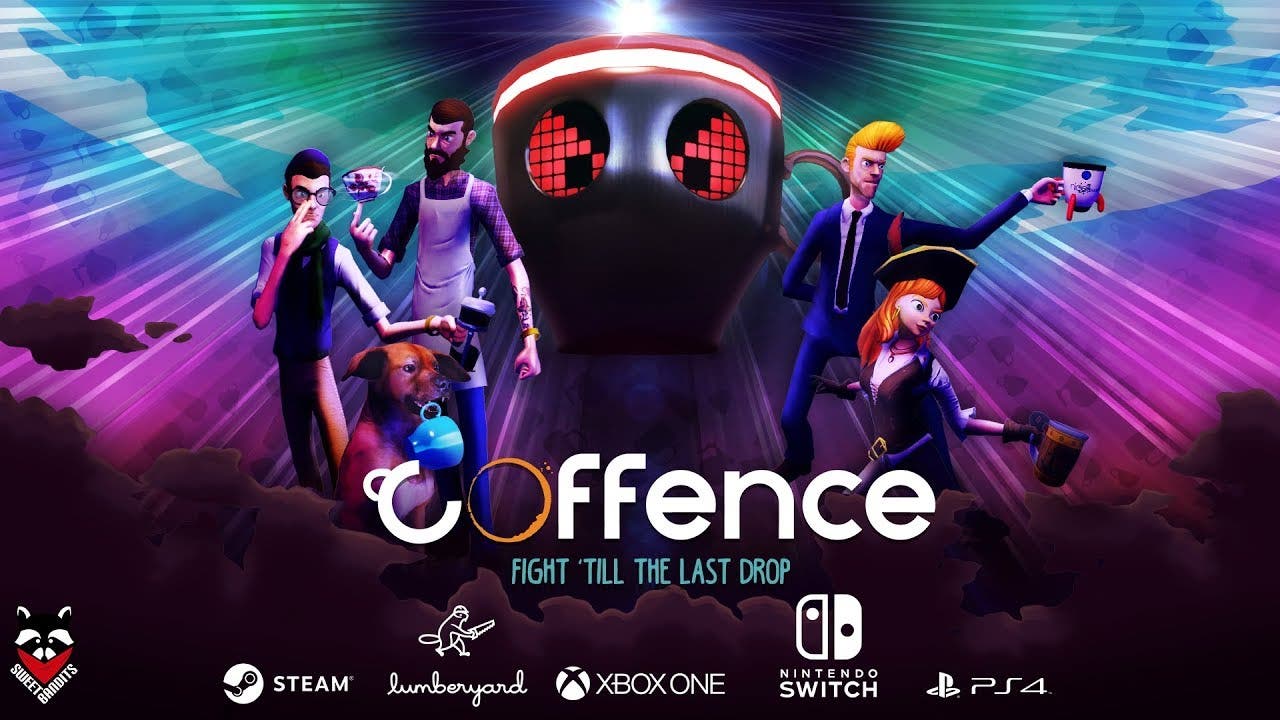 Coffence brews up an appearance at PAX West 2018 this weekend, coming to PC

August 27, 2018 — Sweet Bandits Studios are excited to bring their new brawler Coffence to PAX West 2018. Coffence is a fast-paced blend of fighting games and twin stick shooters where coffee is literally your health bar. Every hit you take ejects the precious liquid up in the air for anyone to take. A new trailer showcases a range of fighters, from baristas to businessmen, fighting to the last drop.

Coffence features a variety of attacks each with their strengths and weaknesses, making reading your opponents a vital part of the fight. Employ precision-based ranged attacks and use surprising tactics not normally seen in fighting games in your quest to stay caffeinated. Consume enough coffee to unleash a powerful COFFEE BREAK technique and send your foes scrambling.