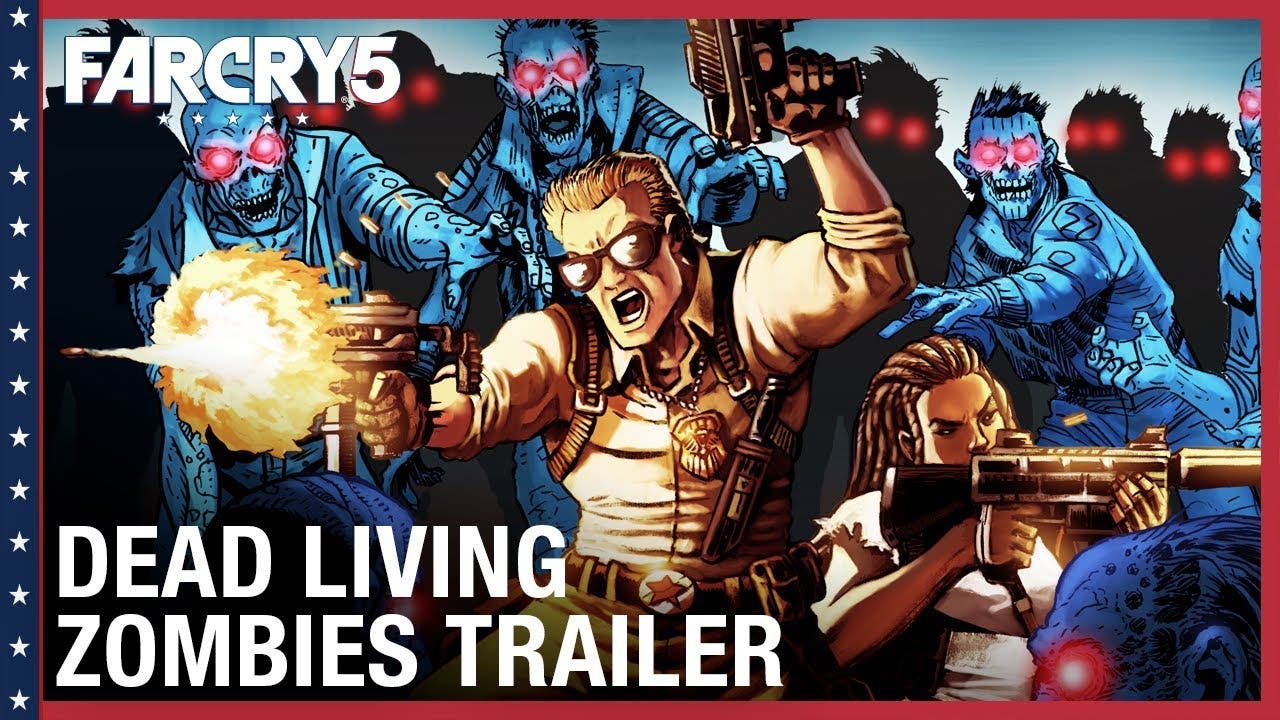 SAN FRANCISCO — August 28, 2018 — Today, Ubisoft announced that Far Cry® 5: Dead Living Zombies, the third post-launch adventure, is available now on PlayStation®4 computer entertainment system, the Xbox One family of devices including Xbox One X and Windows PC. Dead Living Zombies can be purchased as add-on content for $7.99, as part of the season pass for $29.99 or the Gold Edition for $89.99.

Far Cry 5: Dead Living Zombies pairs players with Guy Marvel – the D-tier film director we first met in Far Cry 5 – as he pitches his vision for an epic zombie saga. In maps built from the powerful Far Cry Arcade editor, players will explore seven different film scenarios as they face hordes of the undead across rooftops, farmlands, military bases and more. After completing each map, players can unlock Score Attack to achieve three-star ratings, which will unlock weapons and gear to bring back to Hope County.

For the latest on Far Cry 5 and other Ubisoft games, please visit news.ubisoft.com.