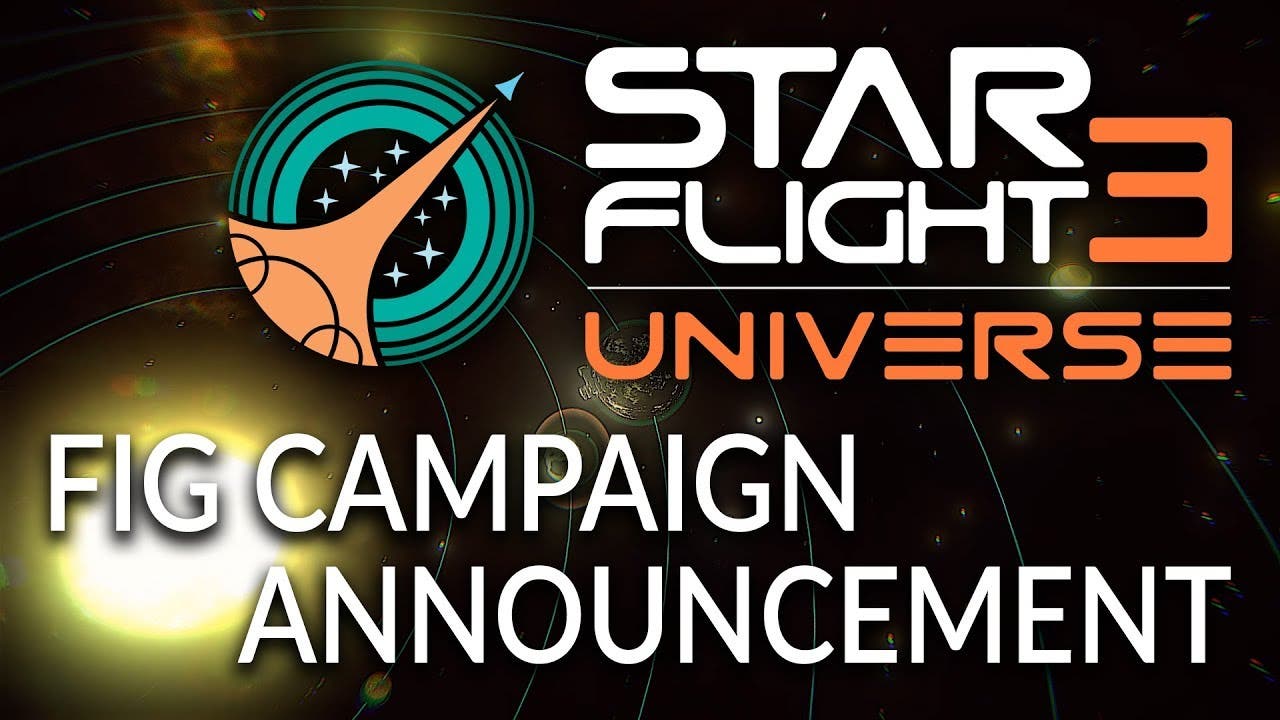 Starflight 3: Universe announced via Fig, and proceeds to make $140K in funding in a single day

Currently on Fig, Starflight 3 is the long-awaited sequel to the Starflight franchise, which is considered to be the godfather of Sci-Fi RPGs. Starflight 3 is aiming for a Q4 2020 launch. Supporters can pledge at https://www.fig.co/campaigns/starflight-3? for a reward or invest in Starflight Fig Game Shares that pay a return based on the sales of the game.

ABOUT STARFLIGHT 3
Starflight 3 is the next chapter in the Starflight universe. It is a sci-fi single-player, sandbox role-playing game that focuses on exploration, diplomacy, resource gathering, and combat. Players will have solar systems with tons of planets to discover and explore, mine for necessary resources, catalog new creatures, trade and use diplomacy with locals, all while saving the universe. Starflight 3 is a true free-form experience.

Starflight 3 will feature new and previous alien races, uncharted solar systems to discover, and never before seen planets to explore, all within the same genre-defining gameplay mechanics of the original games. Players will assemble and train their crew and be responsible for their health at all times. Upgrade and customize your starship to make sure you can traverse all of the new star systems. Visit planets and find trade centers, mine for minerals, harvest plants, capture animals, and discover mind-bending clues scattered across the solar systems. Interact with aliens by deciphering their life, culture, and their standing in the universe. And combat, there is no avoiding it. Upgrade your ship and improve your crew because in battle, you will need to decide whether it is best to engage or retreat.

STARFLIGHT’S LEGACY
The original Starflight, developed by a five-person team at Binary Systems and published by Electronic Arts in 1986 for PC and in 1991 for Sega Genesis, is considered a ground-breaking game. Starflight was one of the first open-world space exploration games, one of the first instances of a sandbox game, and one of the first to use procedurally generated content. StarFlight is considered a master class in blending procedurally generated exploration, crafted storytelling, and deep world building to create a free-form experience. Its legacy can been seen today in games such as Star Control, Mass Effect, and Dwarf Fortress.

Starflight sold more than 1M copies, and it spawned a sequel in Starflight 2: The Trade Routes of Cloud Nebula, which combined space exploration with role-playing and strategy. Release in 1989, players commanded a spaceship capable of traveling to over 150 solar systems. Starflight 2 received Computer Gaming World’s “Role-Playing Game of the Year” in 1990.