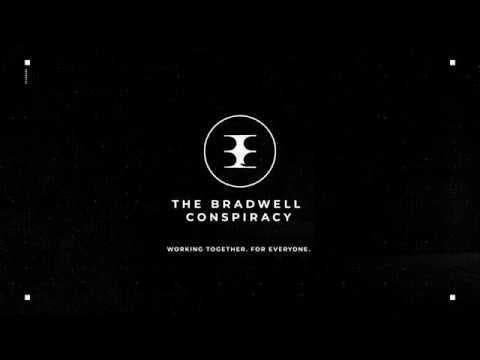 The Bradwell Conspiracy from Bossa Studios is a narrative game in first-person, trailer is full of mystery

The Bradwell Conspiracy is the inaugural release from ‘A Brave Plan’; a new team of award-winning BAFTA luminaries and AAA veterans with the likes of Fable, Batman, Tomb Raider, and Ether One under their collective dev belts. Underlined by its highly-stylised Brutalist aesthetic, and an illustrious vocal cast including Abubakar Salim from Assassin’s Creed Origins and special guest, TV’s Jonathan Ross, The Bradwell Conspiracy offers a truly immersive gameplay experience.

Players take on the roll of a mystery protagonist, who wakes up – confused and disoriented – following the aftermath of an explosion. It’s not long before they come across another survivor; Amber – trapped on the other side of a locked doorway. The only means of communication is via a pair of Bradwell AR Smart Glasses. Through sending Amber photographs of their surroundings, they must work together in tandem to discover a means of escape. Delving deeper and deeper into the bowels of the company’s secret underground complex, a sickening truth begins to dawn…

If you’ve visited Bossa’s social feeds over the past 24 hours, you may have witnessed The Bradwell Conspiracy takeover unfolding, during which an as yet anonymous individual ‘hacked’ into the channels in order to try and release an important message …

More news on The Bradwell Conspiracy will follow soon.

The Bradwell Conspiracy official website can be found at www.thebradwellconspiracy.com

Discover the rich lore of Bradwell Electronics at www.bradwellelectronics.com

The Bradwell Conspiracy Steam page can be found here.