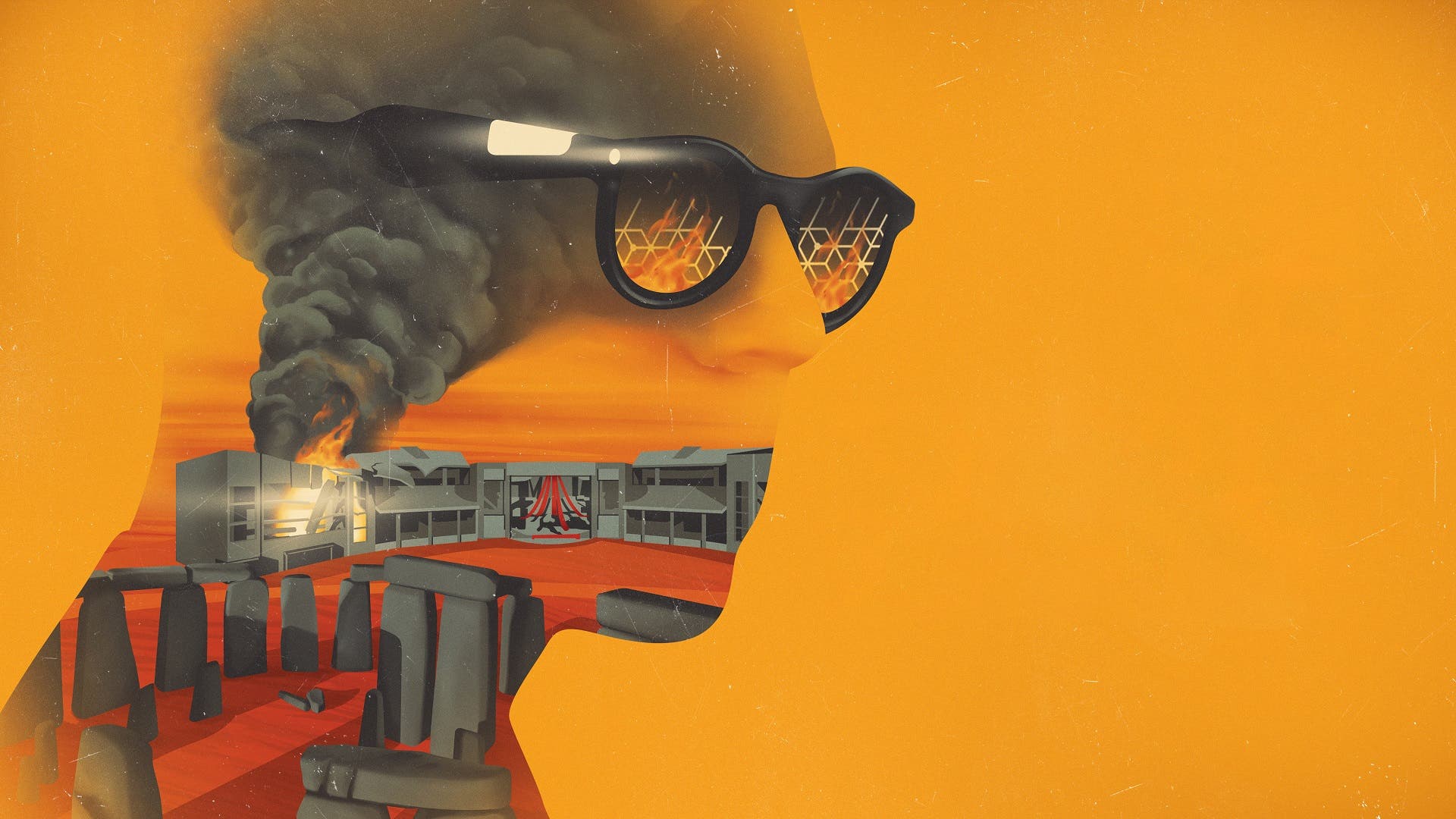 I love a good conspiracy. The very definition invites more questions than there are answers. The Bradwell Conspiracy is a unique puzzle game with calls of subterfuge to keep you invested in its story. This comes from newcomer developers A Brave Plan and publisher Bossa Studios. While The Bradwell Conspiracy mostly succeeds at what it sets out to do, there’s far too many issues with it that I can recommend in its current state, which is a shame for how good it is otherwise.

At a gathering at Stonehenge, Bradwell Electronics is about to change the future with clean water generation. This is of course, until a massive explosion at the facility puts a hurried halt on those plans. It’s certainly an exciting way to get things started. It’s here where things got a bit muddy, because there’s an inconsistent tone, and it extends throughout the entire game. It can’t decide of it wants to be antagonistically funny or dreadfully serious. Both sides were done well, but it never met in the middle in a way that worked.

You’ll be introduced to the Guide, which is an AI that you can talk to through your AR smart glasses — except, you can’t talk. How The Bradwell Conspiracy handles the silent protagonist thing well as your larynx got damaged in the explosion, preventing you from speaking. You quickly meet Amber, the only other known survivor of the building’s explosion. You must work together to get yourselves out. Without the ability to talk, you have to take photos of things to communicate, for Amber to help you if you get stuck or what you need to do next. In some cases, you’re sharing information only you can see for her to input a password on her end. It’s a smart messaging system that lets you communicate with an NPC that feels like you’re playing in coop with another person, almost. 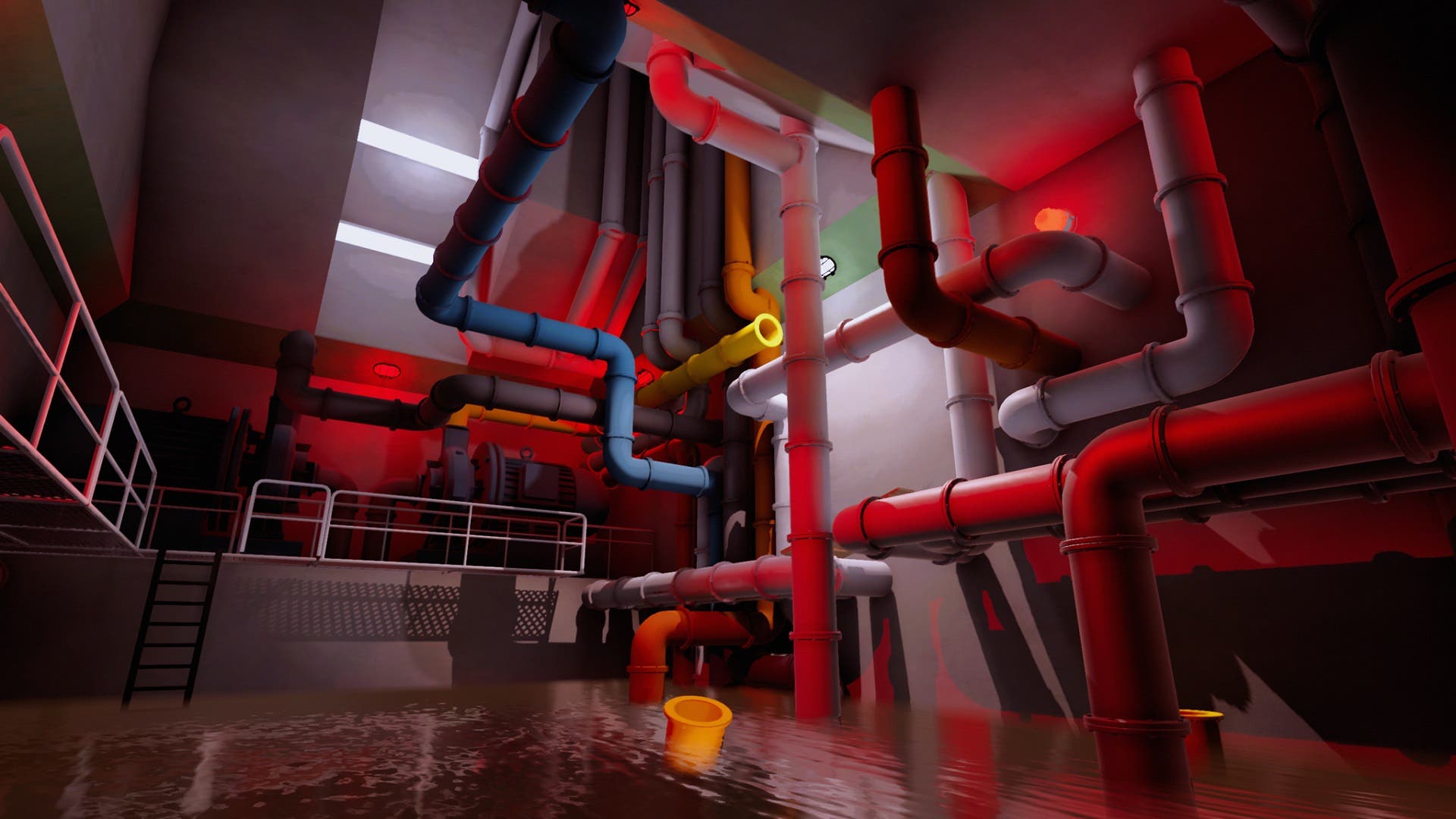 There are a lot of environmental puzzles throughout the game. A few of them stumped me due to being a little too out of the box, but it’s rather linear and intuitive to figure out most of the solutions, or provided you wait for a hint to be presented. It was really cool to have these puzzles click and make my way through an area. It took me about five hours to see it through, and it felt like the right length of time to spend with the game. This includes all of the collectibles, and emails you can read along the way that fill in the lore.

In order to complete these puzzles, you’ll be using the proprietary Bradwell technology and the use of a mobile 3D printer called the SMP (Substance Mobile Printer). It allows you collect Bradwellium, a new substance and make it print items you have blueprints for. In gameplay, you’ll use left mouse button to print the item, and right-click to reclaim the materials. Your HUD wearing the glasses will tell you how many units you have to print, and how many blueprints you have to cycle through to print from. You’ll find and reclaim materials throughout each level, and not unlike Portal, your blueprints get removed when you transition areas. It’s a really awesome system that doesn’t work as well as it should.

The Bradwell Conspiracy has the most finicky ladder climbing I’ve ever experienced in a game. Way too often did I climb a ladder, get to the top, then drop to the bottom as if it was lag in a multiplayer game or that I had somehow jumped off. There’s a puzzle in the late game that’s just so abstruse, it’s obvious in hindsight, but the game starts preparing you for the end, this level of thinking comes unexpectedly. While I don’t want to speak to the specifics, the last major puzzle you do for the game features the most fiddly mirror puzzle. It just ruins the momentum that the ending was building towards. So when you finally get there, it’s a relief of the puzzle and not an accomplishment of the experience.

I had issues sending photos to Amber that weren’t story related barriers. It would just say “delivered”, and she doesn’t give you feedback. If you send her nonsense, she always responds saying she doesn’t know what we sent that picture for. So it was clear something was broken. Thankfully, quitting to menu and reloading my last checkpoint fixed Amber’s dialogue and ability to receive images, until it broke again. There were other game bugs that I ran into where dialogue would happen out of sequence, or happen after I solved a puzzle as if I didn’t. I was always worried my progress or save file was going to be messed up. Without a chapter select, when these issues cropped up, I was very worried about that being a possibility.

While there’s issues with the gameplay and certain designs, I did take issue with the visual fidelity and performance of the game. I have a 1440p monitor, and the game doesn’t support resolutions above 1080p. This is a Unity engine game, and that should be no issue. I saw message board posts of others editing a save file to get the desired resolution, but I played the game as intended. I hope the developers add more resolutions in a patch. The game looks great, and has an amazing style, but it has a lot of rough edges not running in my native resolution, and could use some anti-aliasing and other post-processing features.

The Bradwell Conspiracy features a lot of narrative and performance pedigree that lifts this game up. It has some great voice acting for the delivery of the lines that features a lot more effort and care than I’ve heard out of AAA games. The musical score is rather complimentary, except in one area where this 1960s jaunty music that plays. Other than that, the game’s audio is a standout part of the game that everyone should take notice of.

The most disappointing part of The Bradwell Conspiracy is the illusion of choice at the ending, where there’s only one outcome despite how things are worded to you. I enjoyed a lot about my time: unraveling the mystery, interacting with my NPC partner, and solving puzzles that felt innovative. The game is clever, interesting, full of style, and most of all, flawed. It lacks polish in a lot of areas that I think can be patched, but for the time being I’m reserved to recommend. I liked The Bradwell Conspiracy more than it would let me, and this is an intriguing universe that I hope we haven’t seen the last of.