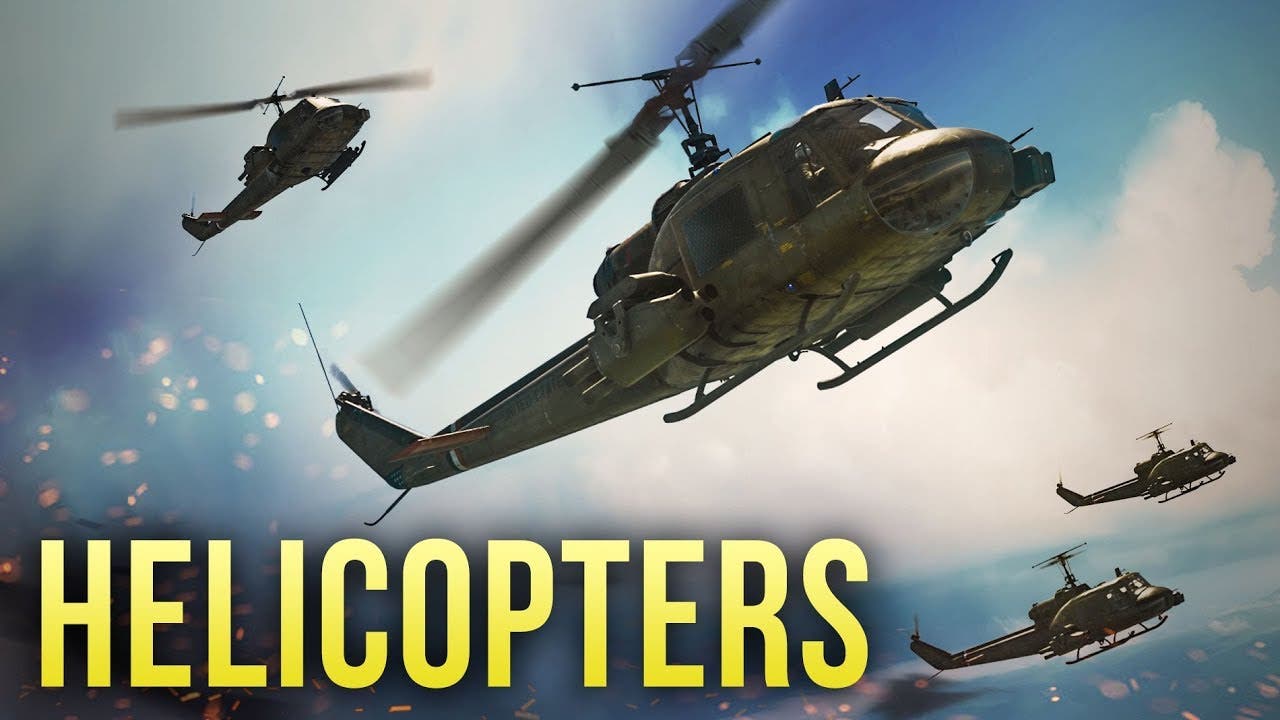 War Thunder will be introducing Helicopters into the mix with update 1.81

August 30, 2018 — Gaijin Entertainment announced that combat helicopters will join the vehicular combat MMO War Thunder with update 1.81 (The Valkyries). Players will be able to fly an increasing number of helicopters from the Korean War and Cold War periods. The first batch to be introduced are choppers from the United States and Soviet Union, with other nations coming online later.

In War Thunder, combat helicopters will be available in separate research trees. Players can access them  as soon as they’ve reached their first rank V aircraft or tank of a corresponding nation. The Valkyries will include several helicopters of Rank V and VI for the United States and Soviet Union, with players able to choose from a wide array of authentic designs and weapon presets, including fixed and rotating cannons and machine guns, grenade launchers, cannon and launcher pods, different calibers of unguided rockets, bombs, as well as Anti-Tank Guided Missiles.

Initially, players will be able to use their helicopters in combined-arms battles in all difficulty modes. With their ability to hover and fly at low altitude at reasonable speeds between 200 and 300 km/h, helicopters particularly excel in ground attack duty, compared to assault aircraft or tactical bombers. At the same time, those characteristics make them potentially vulnerable to attacks both from the ground and air, especially when hovering still above ground. Therefore, helicopter pilots must learn to use their maneuverability and surrounding environment to their advantage by stealthily hunting for their targets and evading incoming fire using their surroundings. With future Updates, a dedicated “helicopter vs. helicopter” game mode may be introduced, with them also potentially becoming a part of the game’s air battles.

Several helicopter control schemes are available to players, depending on the difficulty mode chosen. Using “Mouse Aim”, default in Arcade mode, many controls and inputs are automated, making it easy to control the complex flight model of a helicopter with mouse and keyboard only. Enthusiasts can decide to play in “Full Control” mode, where all the complexity of helicopter flight is left to the player.

Access to the closed testing of helicopters will begin with Update 1.81 “The Valkyries”. Players can join testing the new machines by fulfilling special in-game tasks or by pre-ordering helicopter packs in the game’s store.

More information about helicopters in War Thunder is available on the game’s official website: https://warthunder.com/en/news/5707/current