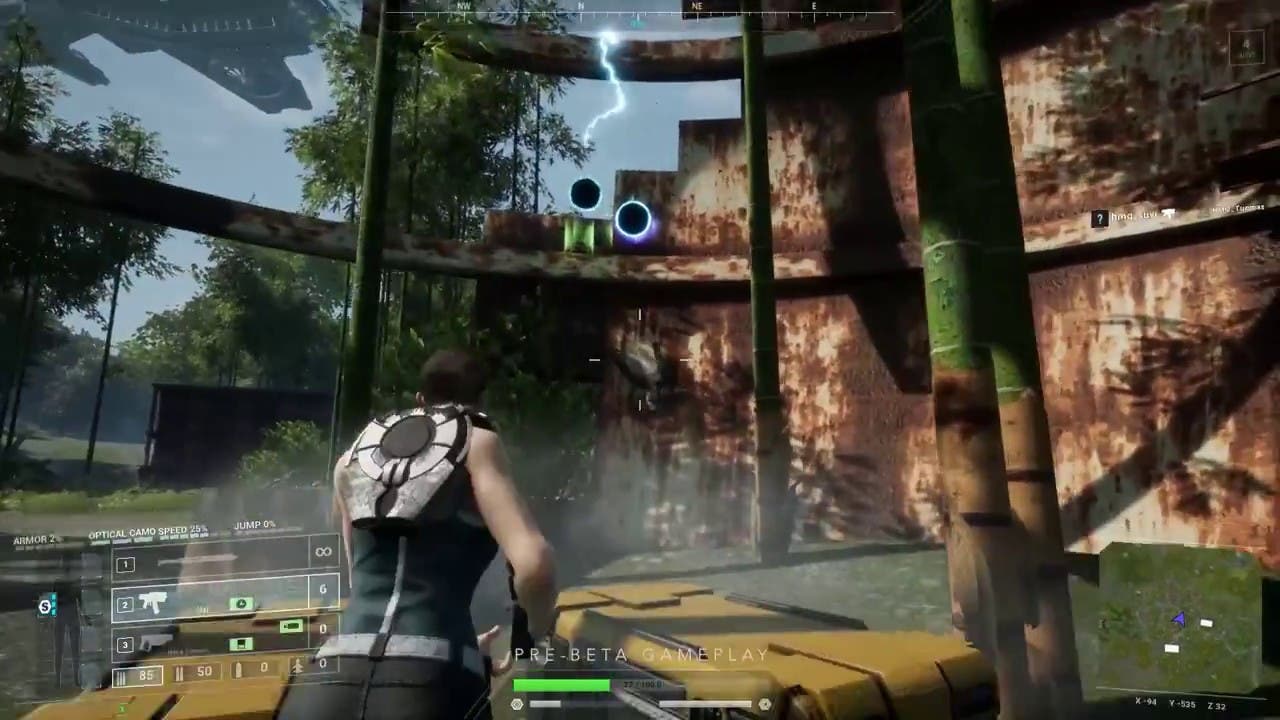 Catch the first video of a series of gameplay videos for Stormdivers. Mikael Haveri narrates and explains a few of the key features of Stormdivers and what separates us from the competition.

In addition there is a non-commentary version of the video available for download at the following link.

Stormdivers, a rare breed of special operators, descend on an abandoned island where a dangerous nano-experiment-gone-wrong has created a permanent artificial storm system that devours everything in sight.

Daring teams and solo operators who are brave enough to dive into the eye of the recurring nano storm are trying not only to survive the competition but also the island itself, with endless threats looming around every corner.

Those who can master speed, surprise and take the high ground will reap the benefits of exotic loot.

Developed in Unreal Engine and backed by Amazon GameLift, Steam, Stormdivers is planned to expand with other modes and content including PvE co-op missions, new playable areas, classes and more.