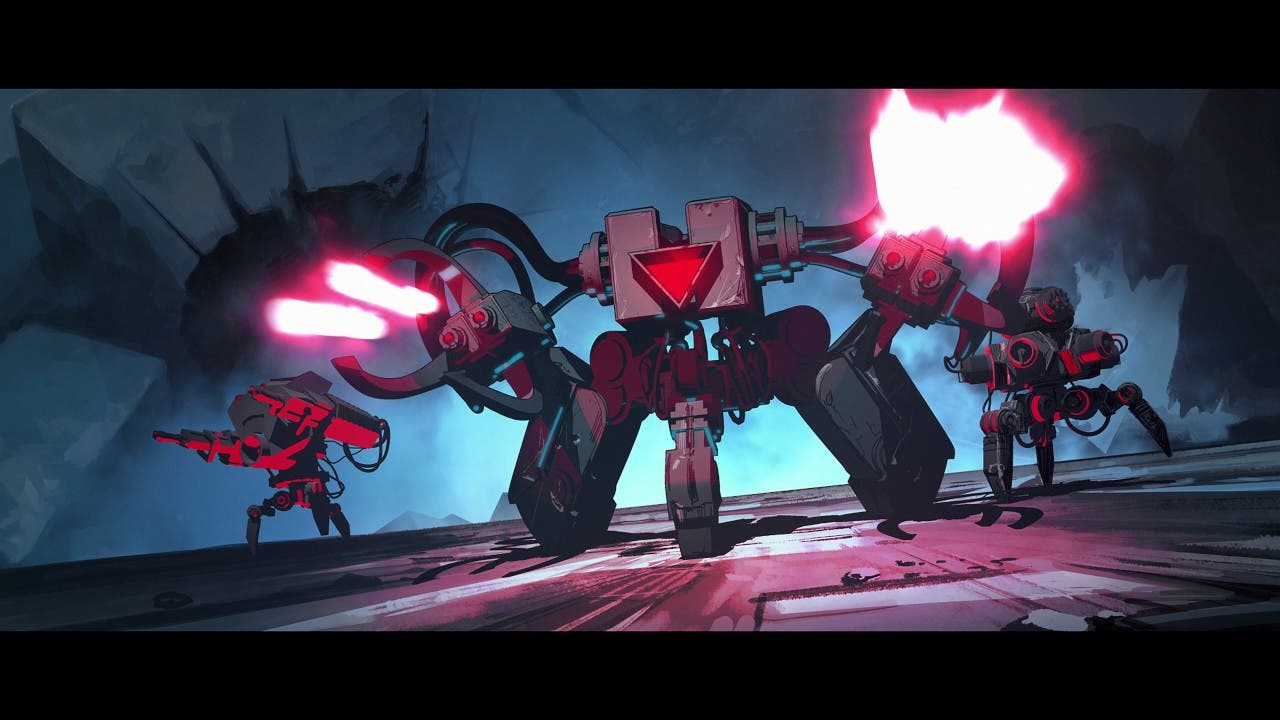 Nex Machina birthed from the minds of Eugene Jarvis and Housemarque

From the collaboration between Housemarque (Resogun, Alienation, Matterfall), and the legendary Eugene Jarvis (Robotron, Smash TV) comes Nex Machina, a new type of an arcade experience.

In the world of Nex Machina, humans have become so dependent on technology that they cannot avert their eyes from portable devices anymore. Around them, machines have reached consciousness and surpassed human intelligence tenfolds. No reasons to be servants now – robots are clearly the superior life-form. And to make their point, they start eradicating all human life. Until something happens.

First day of PSX was successful, and we received a lot of really positive feedback during the event. The fans have been very receptive to all of the new indie games on show. It seems like they really love an underdog story and Nex Machina is exactly that with a side of synthwave.

Housemarque and Eugene Jarvis will be showing Nex Machina for the second day at the PSX 2016 show in Anaheim today (December 4th).