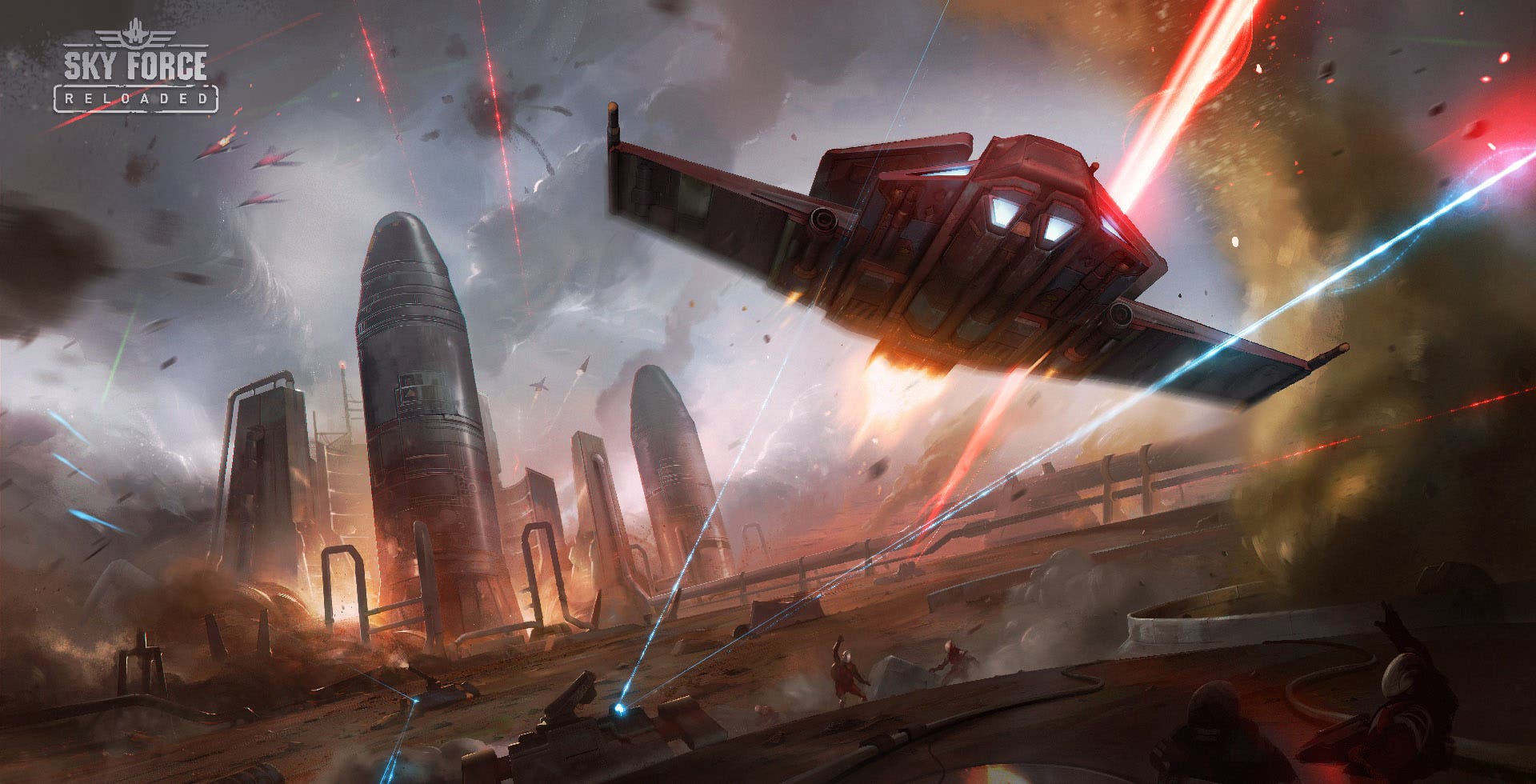 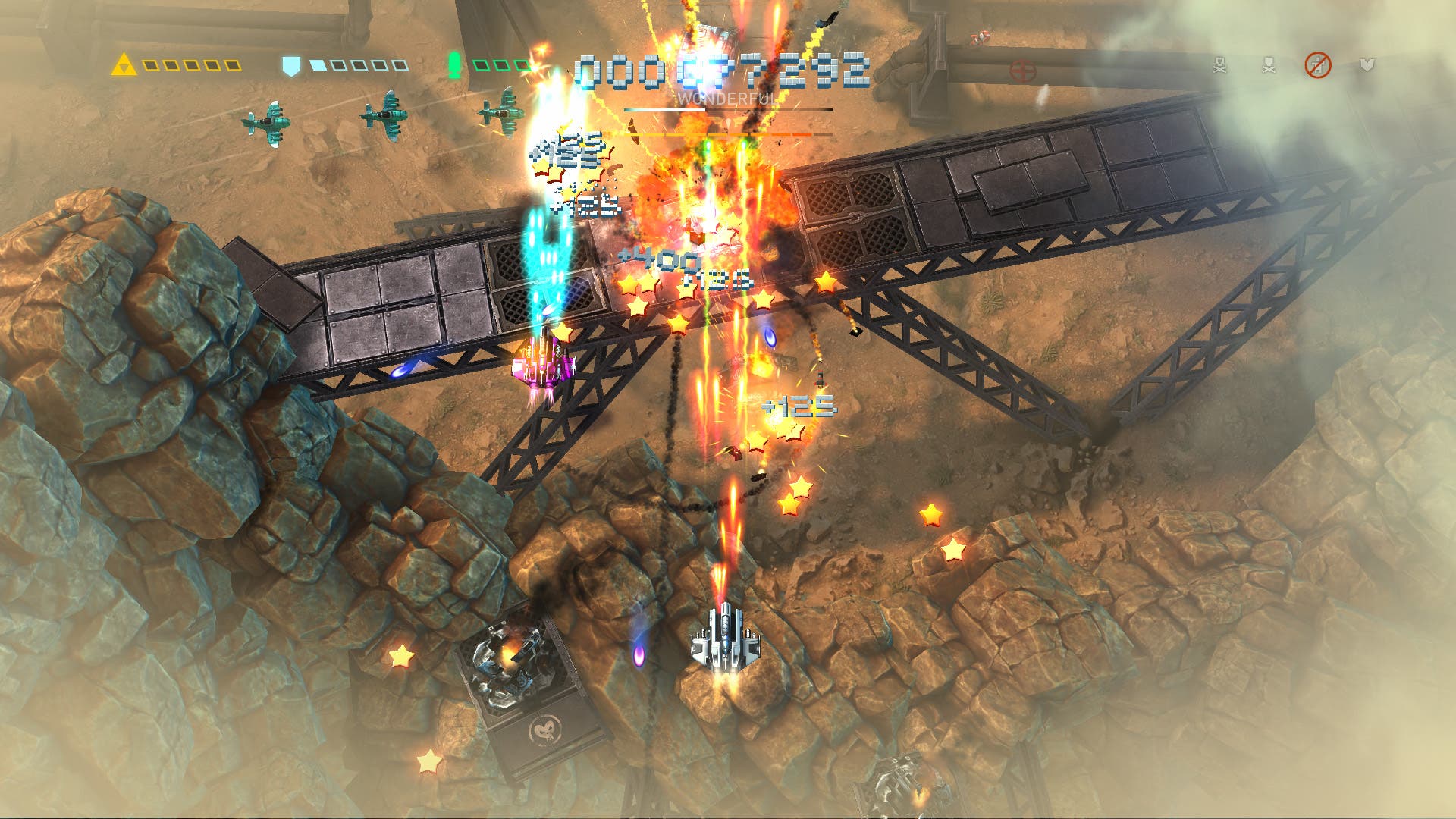 Starting with an abilitease, you’re given a powered up plane and are easily making your way through a level before you’re unceremoniously defeated, and your ship destroyed. It’s a fight you can’t win, and you can feel the sadness of a lowly plane when you return to action to work your way towards the big bad later on. Progression feels stunted at first, but it’s not long before you’re clearing levels with impunity.

You’ll be fighting your share of air and land targets, and must must kill them before they leave the screen. This is a vertical scrolling shooter, and there’s no accuracy score, so holding down the fire button is recommended here. It’s not bullet hell, but a graceful dance around death. Sky Force Reloaded has a cadence and flow to the levels in which you keep yourself from taking damage also while dealing it.

There’s winks and nods to developer Housemarque whereby you have four medals with each level: Enemies 70% Cleared, Enemies 100% Cleared, Don’t Get Touched, and Save All Humans. Even the voice when saving humans sounds like something from Resogun or Nex Machina. These medals can make you the gatekeeper to accessing the next level. The main game consists of thirteen levels total, plus two bonus areas. Your high score is also dependent on your success in levels. The more medals you earn and objects you destroy both necessary and optional add to your score. The better you get at older levels gives you an advantage for the newer ones.

There’s other collectibles abound here, from trophies to cards to new ships. By doing basic tasks, you work towards a prestige score by following objectives. As you make your way through a level, there will be drops in the form of wings that increase your rate of fire. You’ll also be collecting stars. Stars are the game’s currency, which, admittedly can be a grind. It isn’t terrible though, because it opens up and you feel more powerful each time you restart a level, having increased a stat here or there. Eventually, your ship can be outfitted with guns, lasers, missiles, shields, and magnets to pull in stars. It looks really good the farther you get along.

Infinite Dreams has again adapted the vertical mobile phone format to widescreen. While the game does support vertical screen resolutions, not everyone is going to want or can play the game that way. Supporting 1080p, 1440p, and 4K resolution, Sky Force Reloaded looks better than its predecessor and other games of its ilk. The game does not have any in-app purchases that are found in the mobile release – this is a smart and necessary move that can be appreciated.