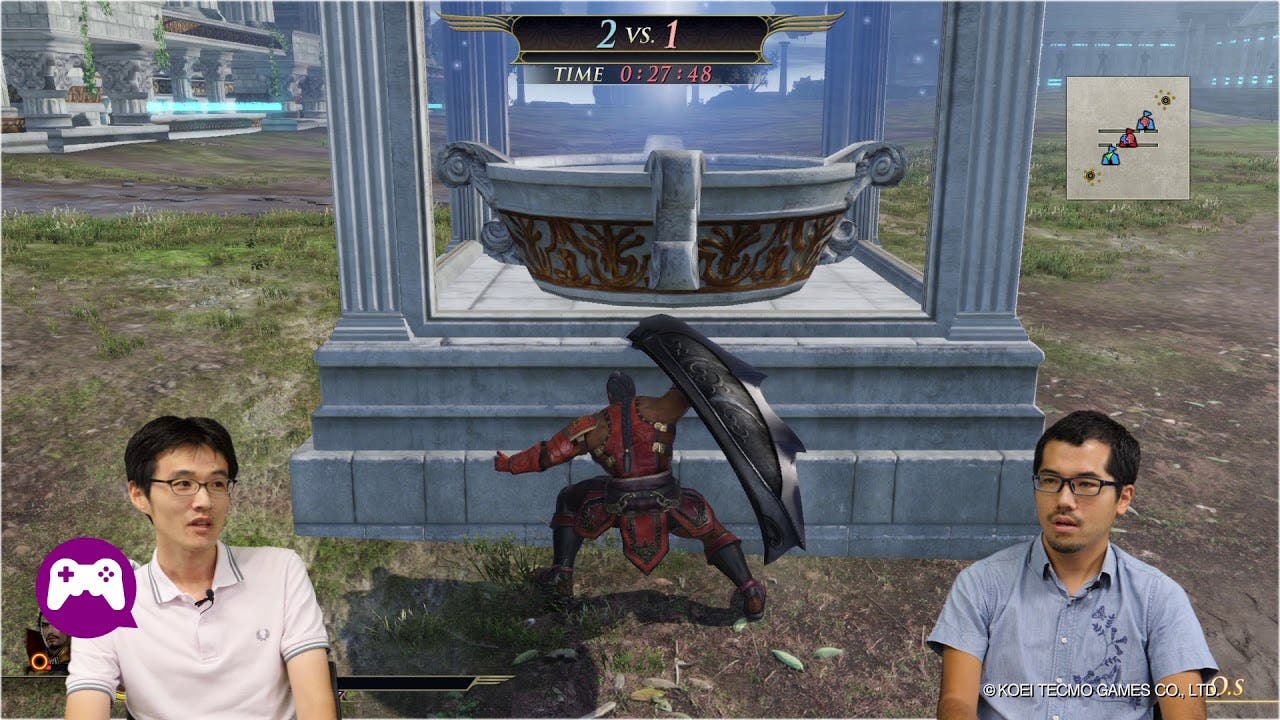 Burlingame, Calif. – September 18, 2018 – KOEI TECMO America revealed further details today of the new Deification feature in Warriors Orochi 4, alongside a deeper look into the magic and support features which players can use to gain the upper-hand in battle.

The re-assembled heroes from across the DYNASTY and SAMURAI Warriors universes are faced with yet another battle; the god of gods, Zeus, has meddled with the human realm to create his own parallel world. The heroes learn that to solve this mysterious situation and return back home they must find eight Ouroboros Bracelets, but some individuals discover that these bracelets possess great power and decide to use them to their own advantage. This gripping new feature, Deification, grants the power of the gods to those who wield the bracelet. Taking on a powerful new form, those characters that perform Deification are not only able to use an unlimited amount of magic in battle but also cast unique physical and magical attacks.

In addition, all of the 170 playable characters in Warriors Orochi 4 are able to harness Sacred Treasures, enabling the heroes to perform both close-range and long-range magic attacks in battle. Combining these attacks with other party members, overcoming battles, aiding allies, and training together increases the relationships between characters and offers various benefits. Strengthening the Bonds between characters enhances their abilities when they work together and unlocks events between them – uncovering more details about them and their true motives in this parallel world.

To showcase the newly introduced features, KOEI TECMO America released a fresh asset batch containing an action-packed gameplay trailer, alongside images of characters in their Deification forms, and Character Bond events. Furthermore, a tease of the online functionality, which will be available at launch, was revealed – more details will be available in the coming weeks.

Fans are still able to pre-order Warriors Orochi 4 and obtain various bonus items for doing so. Those who pre-order the physical version through select retailers will receive alternate costumes for Xu Shu, Mitsunari Ishida, Da Ji, Wang Yuanji, Wang Yi, Lady Hayakawa, Xingcai, Guo Jia, Takatora Todo, and Yoshitsugu Otani. Alternatively, if players choose to pre-order digitally on the Xbox Marketplace and Nintendo eShop they will receive all of the previously mentioned bonuses plus two extra bonuses: an elusive unicorn and the mighty pegasus. Digital pre-orders on the PlayStation Store will receive all alternative costumes and also be rewarded with the pegasus alongside a special Warriors Orochi 4 theme.

Warriors Orochi 4 is currently in development for the PlayStation®4 Computer Entertainment System, Nintendo Switch™, the Xbox One family of devices including the Xbox One X, the all-in-one games and entertainment system from Microsoft, and digitally on Windows PC via Steam®, and is slated for release across North America on October 16th, 2018.