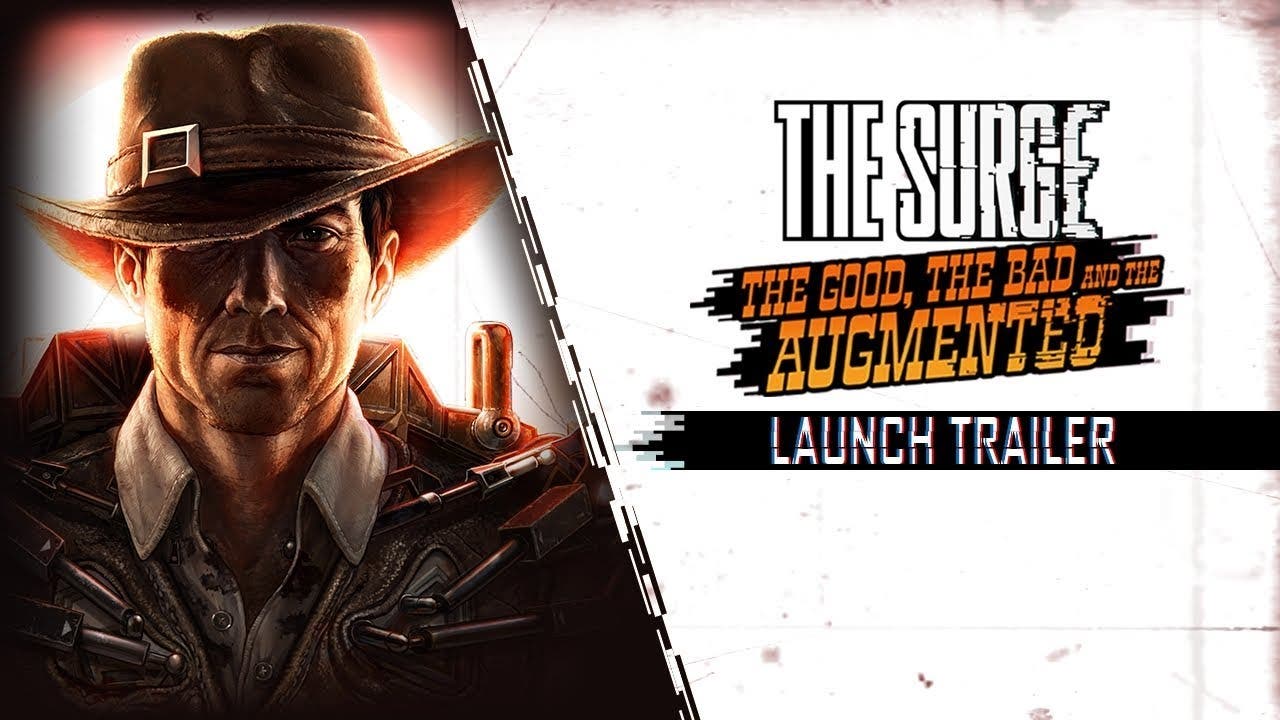 The Surge heads to the Old/New West in The Good, the Bad, and the Augmented DLC expansion

Hardcore Action RPG The Surge gets brand new content with the new expansion The Good, the Bad, and the Augmented, out today on PlayStation 4, Xbox One, and PC. Warren will need to contend with not only the mad doctor’s nefarious traps and allies, but his jeering taunts and endless jibes as well, as he dives ever deeper into the Old West challenges presented in the DLC. See the new gear, unique challengers, and brutal executions in the epic Launch Trailer, released today.

Enter the bowels of the CREO facility and explore an old and abandoned Quality Assurance lab created to push CREO’s tech to the limit. Warren will face Dr. Rischboter’s deadly test chambers that, for some reason, feel torn straight out of a twisted Wild West TV show!

Cowboys and bandits populate this atypical scenery – but whether they are accomplices of the mad doctor, or unfortunate victims of his madness, none has been spared by the ‘Surge’, and all will fight to the death. There’s a new Sheriff in town… and he’s got his hands full.

Fight through the mad doctor’s training rooms and try modifying them yourself for increased rewards by combining up to 4 of the 16 insane modifiers available. At the end of each stage, fight against distinct Challengers, powerful opponents forged from the training scenarios who are equipped with 30 unique new equipment pieces – armors, weapons, and implants – that you can take for yourself!