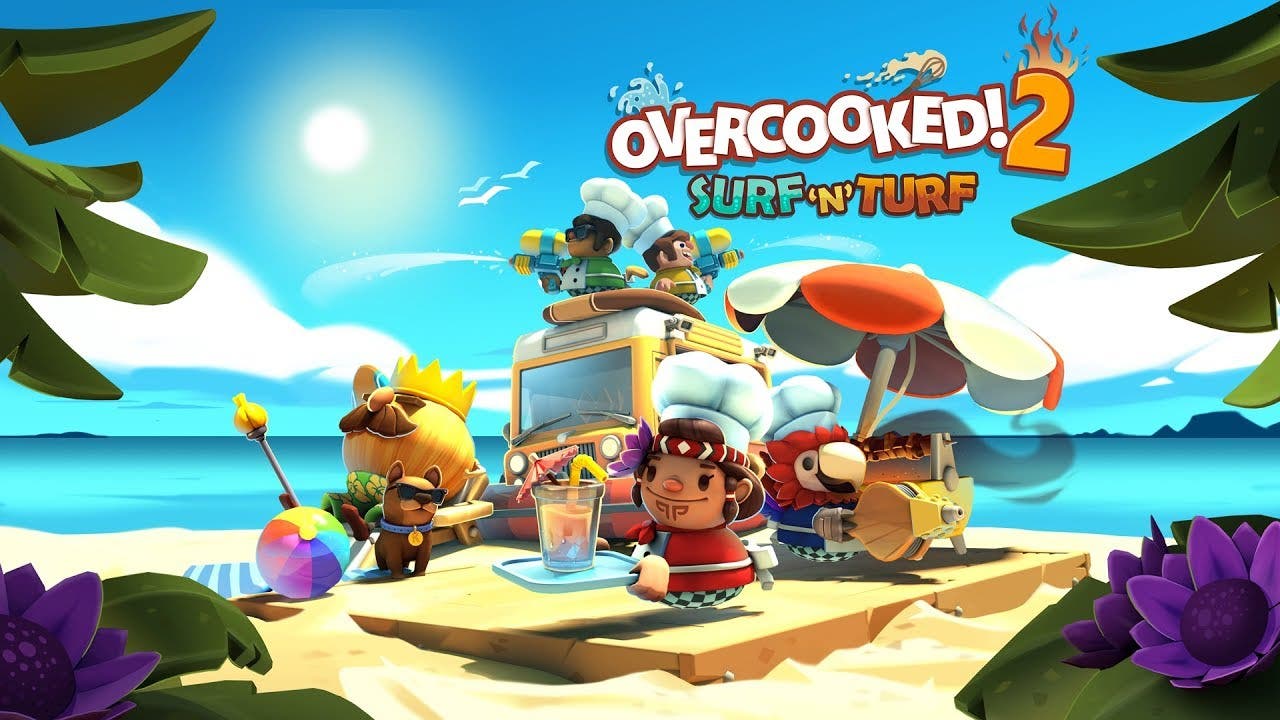 In Surf ‘n’ Turf players will join the Onion King on a culinary island adventure, cooking up new recipes, navigating new kitchens and meeting some colourful characters. Surf ‘n’ Turf serves up 12 brand new kitchens, from the swimming pool to the beach, but don’t get too relaxed as new kitchens mean new obstacles. It’s difficult to tantalise anyone’s taste buds when there’s a tidal wave coming!

You won’t have to face these challenges alone as three chefs are joining Overcooked 2 in Surf ‘n’ Turf. It takes a lot to ruffle the feathers of parrot chef and Island chef is used to the heat of the barbecue. Finally, making a glorious return is Boof, complete with holiday shades.

No holiday is complete without some local delicacies and in Surf ‘n’ Turf you’ll be prepping two new recipes: fruit smoothies and kebabs. Get to grips with some new kitchen equipment including the juicer, the bellows and that kitchen staple, the water pistol!