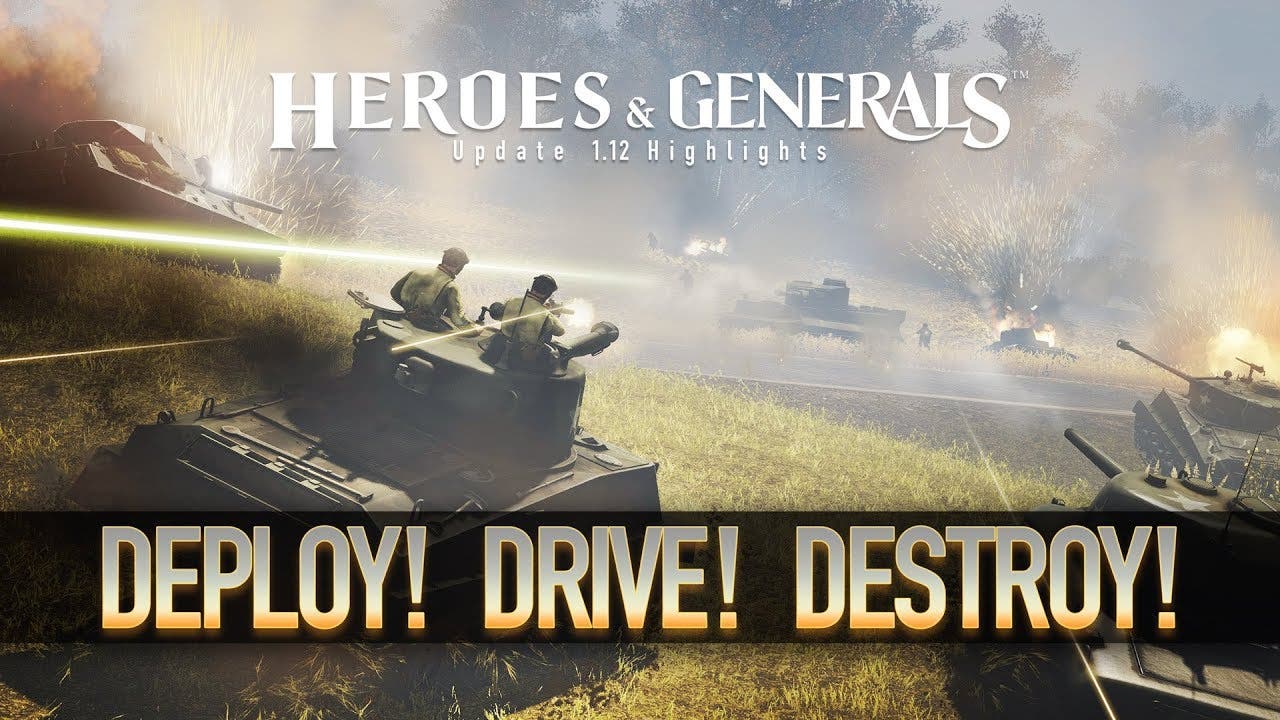 ‘Deploy! Drive! Destroy!’ offers a total rebalancing of the more than 70 vehicles available for soldiers to own in Heroes & Generals. All vehicles have been fitted with a completely new armor and damage system as well as upgraded handling adding significant detail and depth to the game.

Experience a newfound freedom of choice – play the soldier you want and bring along the vehicles you like in a new flexible deploy system. Now you can start combat as Infantry, but switch to Pilot, Recon, Paratrooper or Tanker if that’s what it takes to win the battle. The choice is yours!

“In the ‘Deploy! Drive! Destroy!’-update we ripped out key elements of the game and rebuilt them for a richer and deeper gameplay experience. We not only wanted to make heavy tanks as badass as you would expect, we wanted to add value to ALL vehicles in Heroes & Generals and create a diverse and balanced battlefield,” tells Jacob Andersen, Game Director at RETO MOTO.

“This update truly goes to the core of the game benefiting all players. It represents a major undertaking for Heroes & Generals – we have been working on it for a long time and in the process updated and consolidated a range of complex behind the scenes systems giving us more options for the future. We want to extend our gratitude to our  very engaged community who joined the public test server and provided very valuable feedback to make this update even better,” says Jacob Andersen.

The full changelog for the ‘Deploy! Drive! Destroy!’-update can be found here.
Heroes & Generals is available for free at HeroesAndGenerals.com.