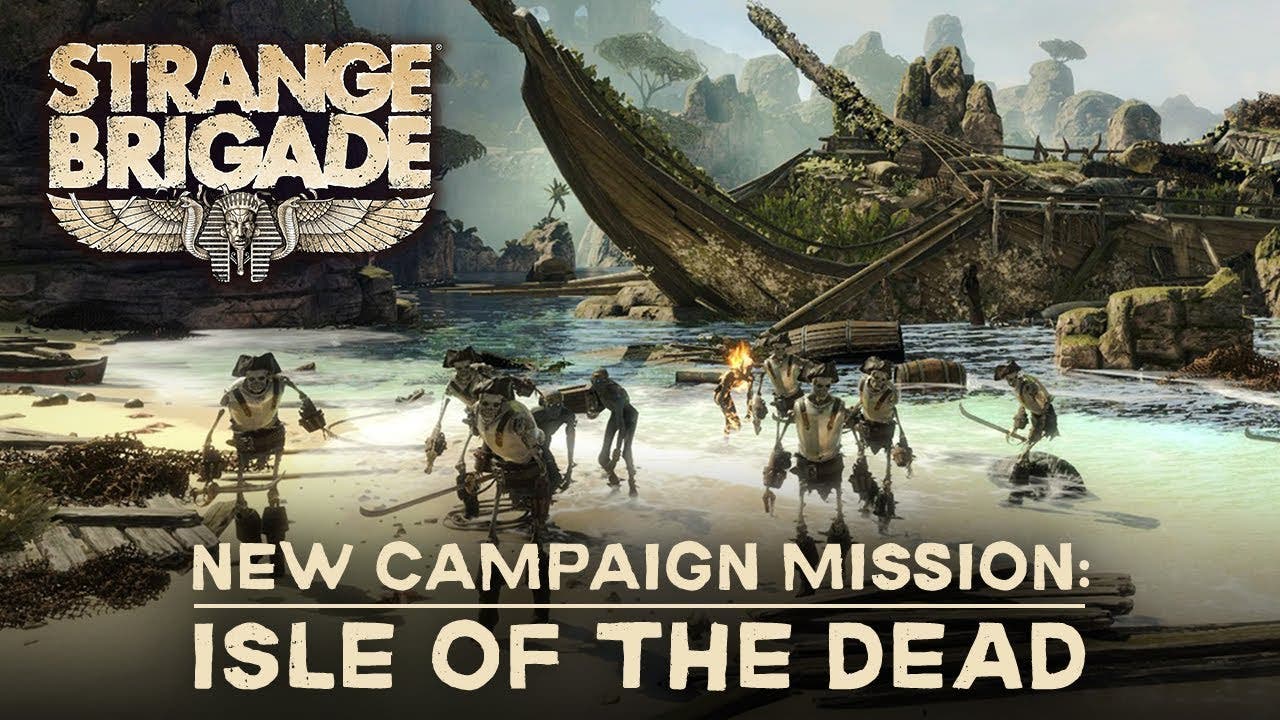 It’s time for another exciting episode of… the Strange Brigade! THE THRICE DAMNED PART 1: ISLE OF THE DEAD is now available on PS4, Xbox One and PC, the first brand new mission in the mysterious 3-part campaign for 1-4 players!

There are dastardly developments in uncharted waters of the Mediterranean and rumours abound of rising revenants in a jungle paradise! Only one group of adventurers can stop the coming plague – the STRANGE BRIGADE!

But that’s not all, adventure aficionados! A brand new hero has joined the ranks of the Brigade, and you can play as her now! Yes, Tessie Caldwell, the famous Rebel of the Skies, is available via the AMERICAN AVIATRIX CHARACTER EXPANSION PACK, which is also out now on PS4, Xbox One and PC.