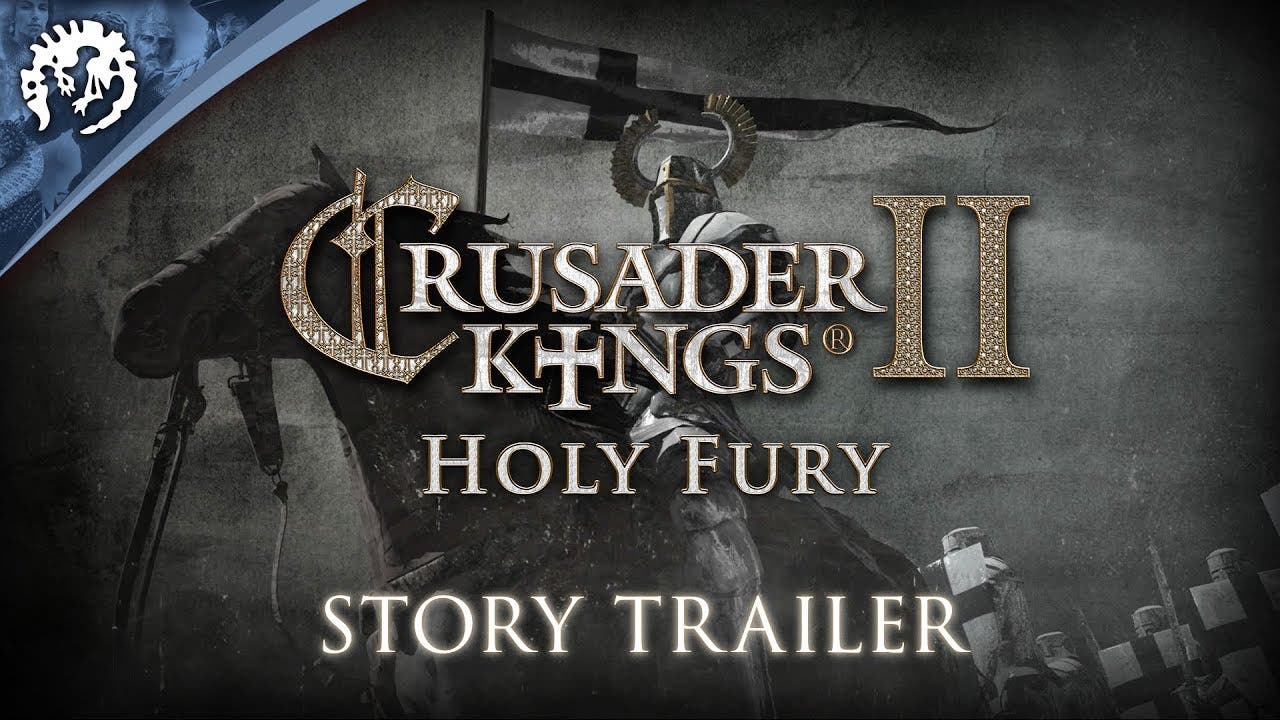 Crusader Kings II: Holy Fury story trailer drops ahead of release, and PAGAN FURY is now the official rock band for the game

STOCKHOLM – 12 October 2018 – The greatest grand strategy role playing adventure ever made returns to its roots in Crusader Kings II: Holy Fury. The newest expansion to Paradox’s beloved medieval dynasty manager again turns its eyes to the cross and the sword, as religious strife tears across the Old World. You can unsheathe your righteous sword on 13 November, 2018.

As a Pagan chieftain, join a Warrior Lodge and become a legendary hero through mighty feats of arms and bravery. As a Christian king, seek out the blessing of the Pope for your coronation and plot to entrench your own family in the Holy Land in the free update to the game’s Crusade system. There are saints, new types of Crusades, and a deep Pagan religious reform system that lets you customize the new faith.

But you can’t put Europe to the sword without songs of war, and Paradox has found the perfect partner in PAGAN FURY, a neo-folk-metal band fronted by the charismatic Arven Latour. Paradox was so impressed by their dedication to crafting music dedicated to Crusader Kings II, that PAGAN FURY is now the Official Rock Band of the game.

Follow their artist page on Spotify where you’ll also find their first track, “Until the Day We Die”!