KURSK is a interactive documentary-style game that recounts the events of the fateful K-141 KURSK submarine in August of 2000. Jujubee’s commitment to telling a fictional tale to cleverly fill in the gaps is admirable effort. To note, this game has nothing to do with “KURSK” the film, which also released in 2018. While KURSK the game looks incredible and is at times photo-realistic, it sadly has too many technical issues and pacing problems that doesn’t do the story justice, and is too problematic to recommend. 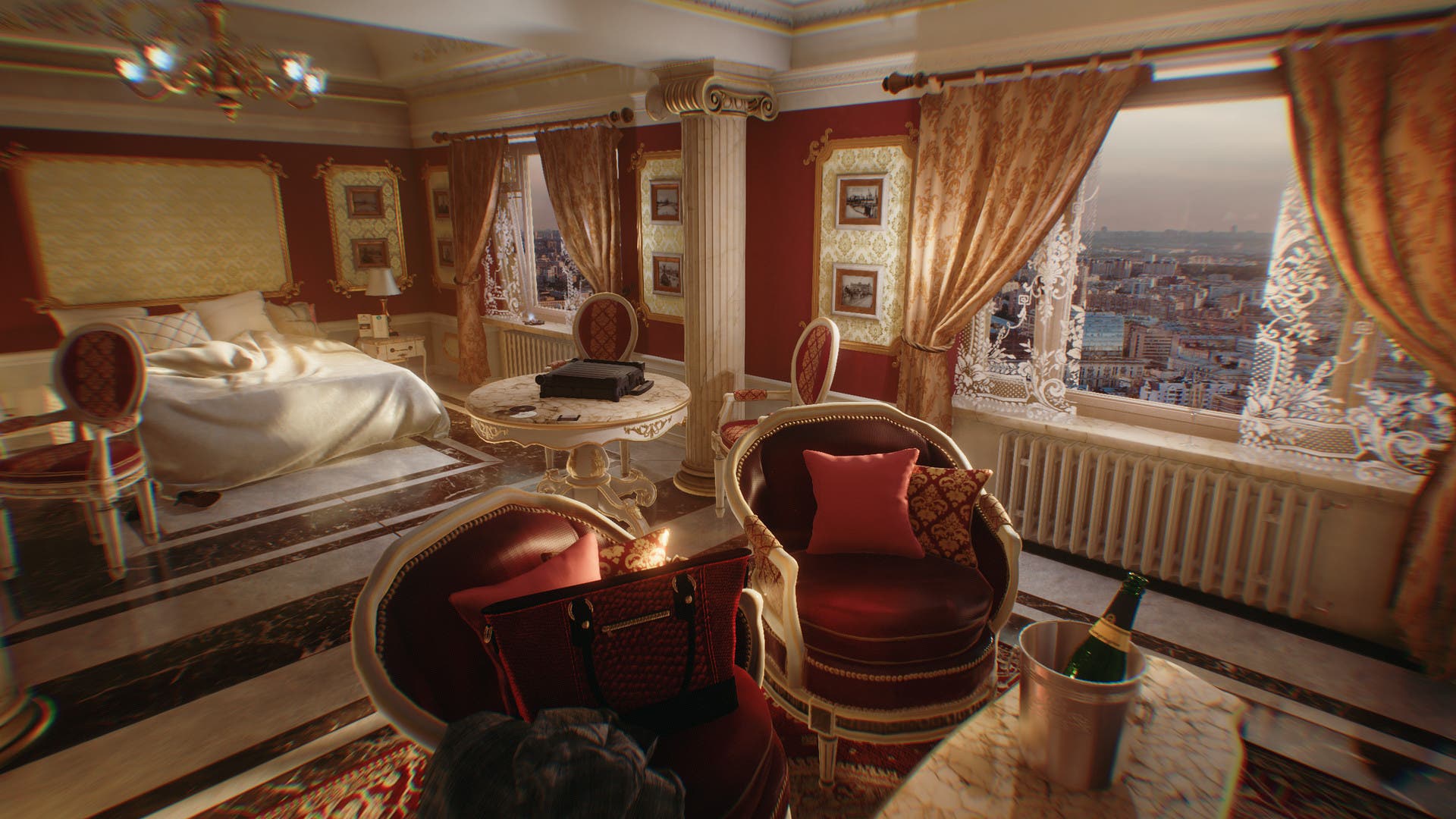 Since much isn’t known about what truly happened aboard the KURSK, Jujubee takes liberties in telling a surprisingly interesting story of an American spy posing as a Russian expert to learn about what the KURSK is doing in the Berents Sea. The fictional character plot, mixed with real-world events works really well, and has some strong world-building. Conversations have dialogue choices, which can affect your standing among the crew. It even is cinematic as it cuts between the past and the present at certain points which brings everything full circle. At times, it’s incredibly tense, claustrophobic, and fascinating even with its rough edges.

There are times where you’ll have to complete dangerous objectives that could get you caught. It seems like there are choices without consequences, but I think I kept doing things safely and didn’t go against what the main character would mumble under his breath about leaving an area, or coming back later – which kept me safe. There are side missions where you’ll get to know the crew on a more personal level as you help comrades put together a birthday gift, or reading notes from loved ones in their bunk. You’ll even have competitions about having a high score on a stationary bike, or hanging out in a Jacuzzi shooting the shit. Once you get to know them, you get familiar with the ship. So when the inevitable happens, you can see how the environment transforms and feel the loss of those you worked with. 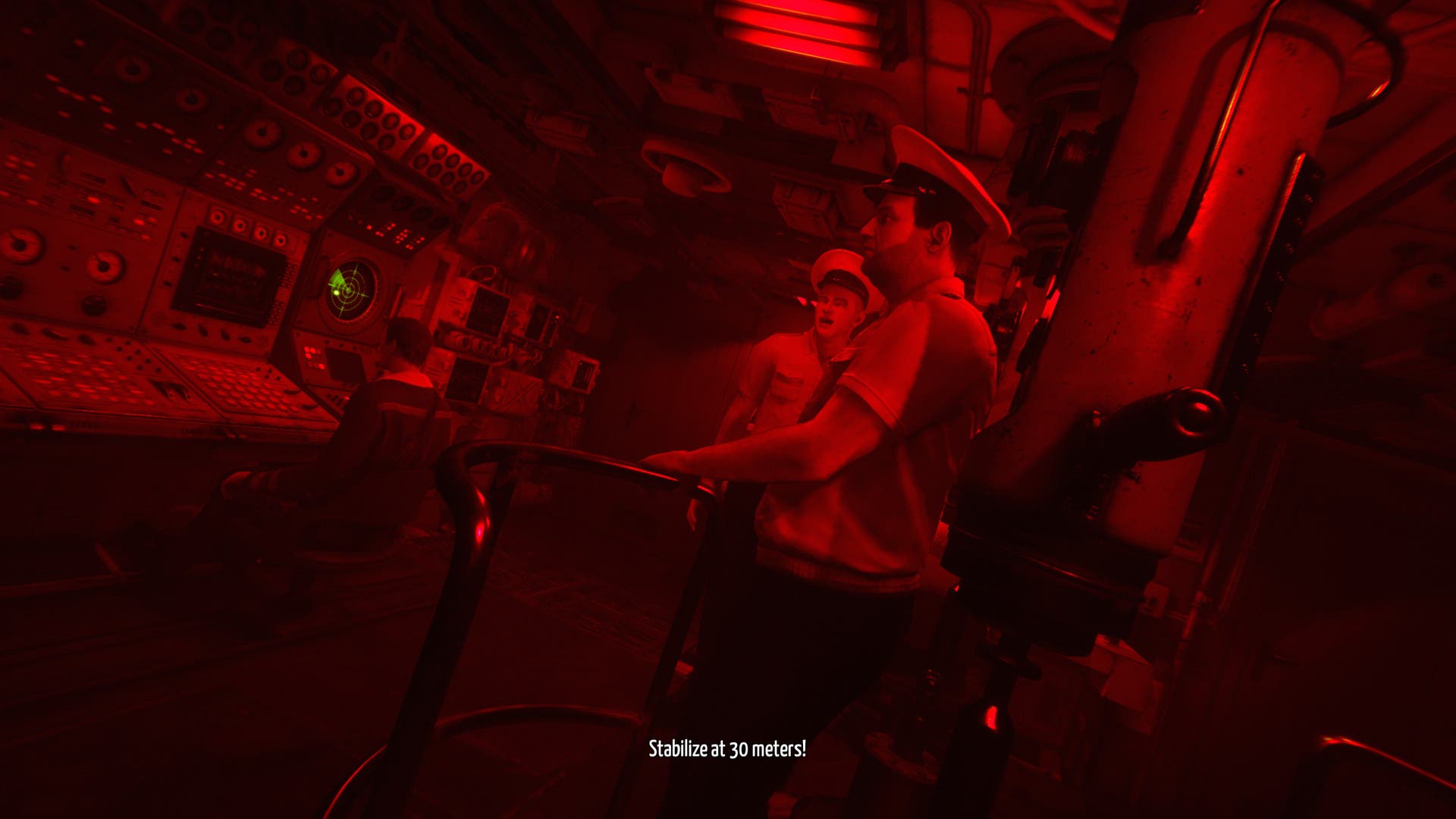 Everything you do in KURSK has slow, deliberate movement. And while this works for immersion, the movement is janky at best. The canned head movement made me motion sick far too often, which kept me from playing for longer sessions. The game just looks incredible, in every detail and depth. Though I’ll say that the game often was buggy, and required restarting the game to reset its issues. Navigating the environment is by far the worst part of the game, with stiff movement and cutscene style transitions don’t help the experience. I just wish that the animations to transfer sections of ship were skipped after viewing them the first few times, because as it stands, it happens far too many times for no good reason.

KURSK is a mostly linear game with unnecessary backtracking. The times it was at its best was when I got to look at the hand-painted loading screens. While they didn’t bother me, the quicktime events felt dated and unneeded. Despite having main and side missions, you’re not encouraged to explore beyond that. The game auto-saves at certain checkpoints, but there is no manual save, and is hard to tell if your progress was kept from session to session. 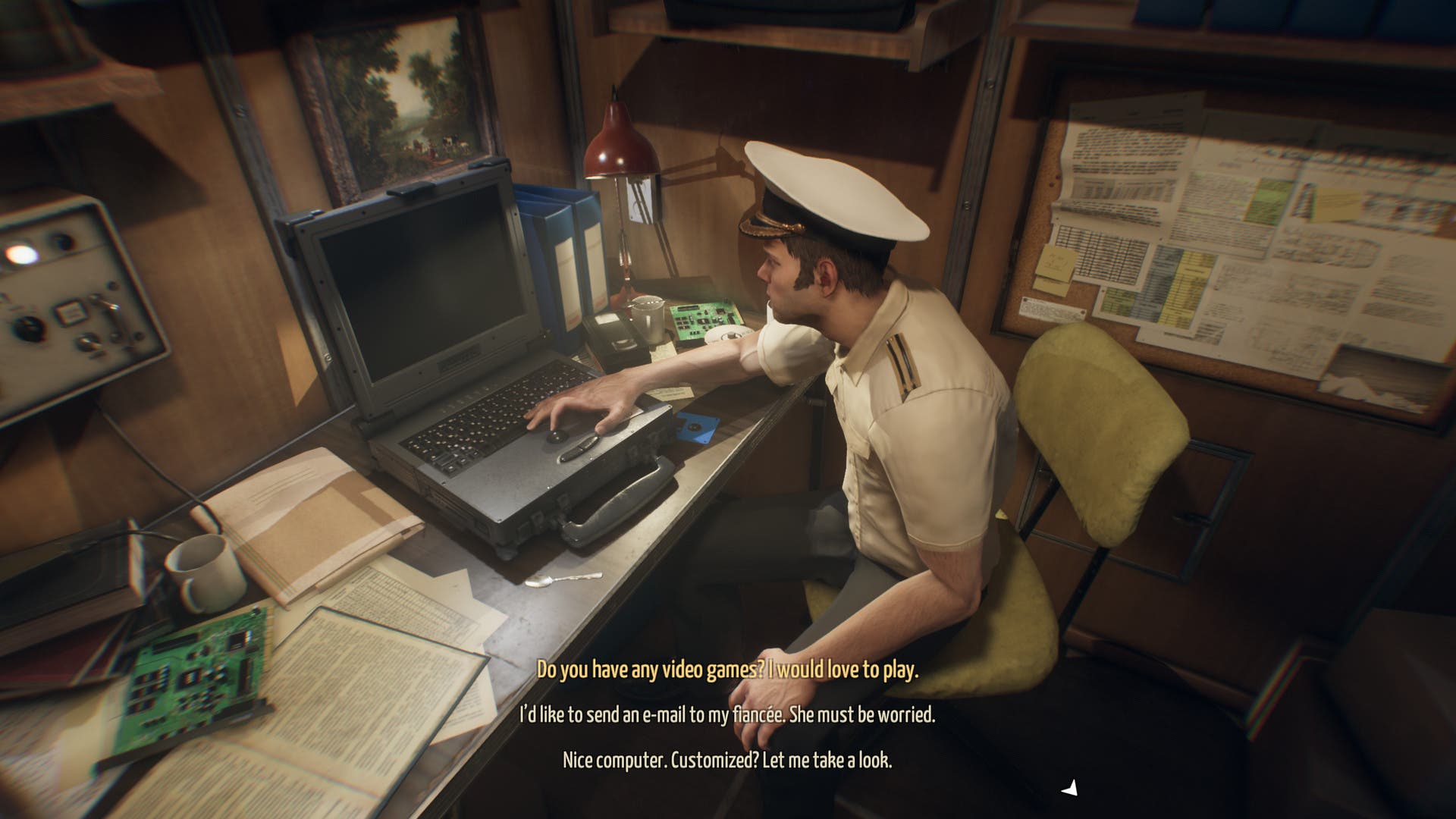 KURSK is an adventure that took me over five hours with most of the side quests completed. For completionists, this could take anywhere from eight to ten hours to see and do everything. There are four endings to the game, and I received three of them. It seemed that one of them required a full game replay to see them, which wasn’t bad for most of them. 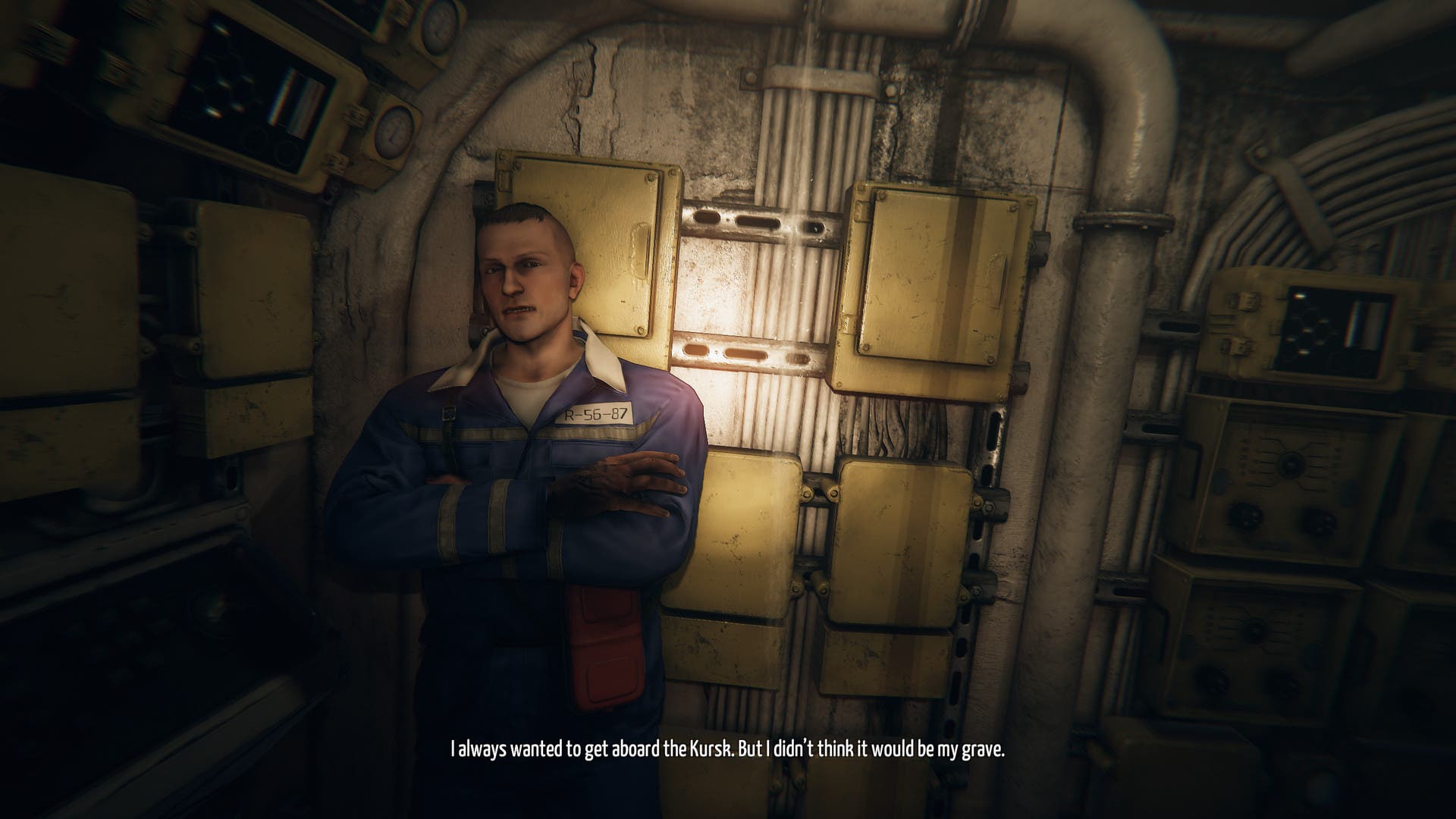 Now, what KURSK did well was encourage me to look up the KURSK incident in more detail, and everything that happens in-game is pure speculation and fiction up until it aligns with the moments of the accident. It failed to make any of the side missions and relationship building seem worthwhile in the end, and maybe that was its point, but as a game felt like wasted time. 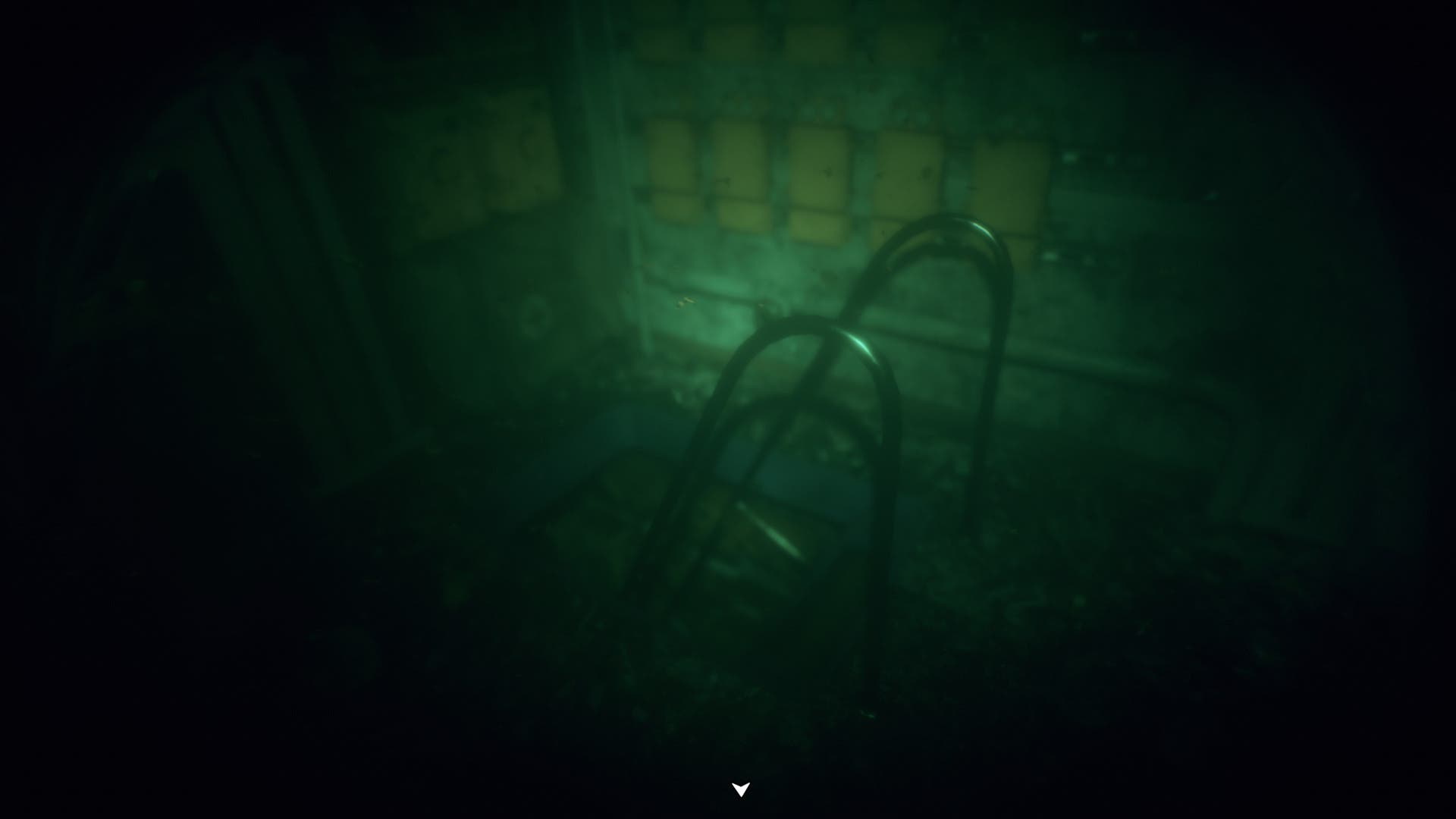 When I wasn’t about to throw up by its canned animations and jerky movement, I found there’s a decent game in here that could have been handled much better. KURSK did well at showing that these Russians were humans, not monsters – and some of them were basically kids. This is an amazingly looking game that’s an unfortunate, buggy mess. That said, KURSK does respect the lives lost, as well as convey the emotions and thoughts of those aboard. And to that end, KURSK succeeds. It’s a shame then, that this sinks under the weight of its own ambitions.