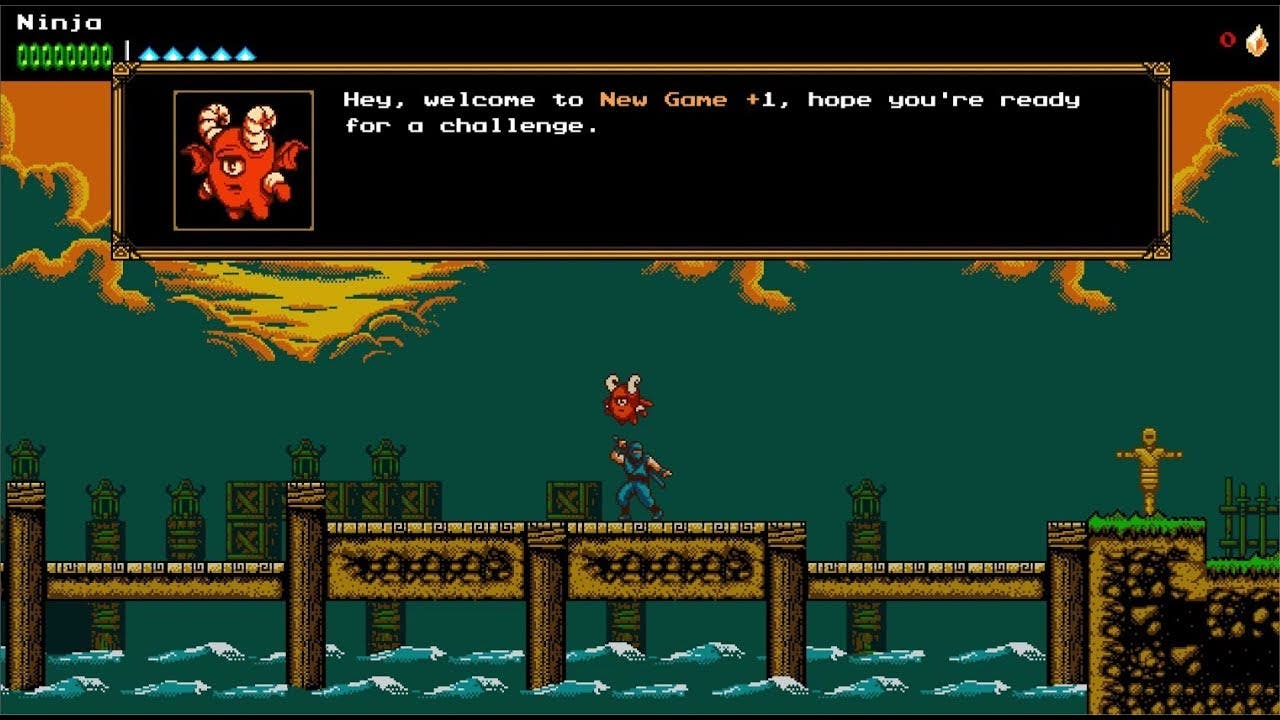 QUEBEC, NOVEMBER 21 2018 – Sabotage Studio releases today their Messenger+ update for The Messenger on Steam and Nintendo Switch, adding a New Game+ mode as well as improving quality of life, notably by allowing controls remapping, adding a visual cue in the underwater labyrinth for accessibility purposes, and adding the Prophet’s hint feature directly into the map to help guide adventurers.

However, the biggest chunk of news here is the New Game+ mode. It will allow players who have already completed the game to start a new save slot with a plus sign next to it that will feature all previously unlocked upgrades (plus the windmill shuriken!), but will up the ante on difficulty with increased incoming damage and bosses HP. Players will need to have a fully completed save slot (game progression at 100%) in order to access this.

Spiral down into an endless nightmare of difficulty: with New Game+, every subsequent run appends another + to the save filename, further increasing damage taken (soon meaning that players get obliterated in a single hit) and ticks up boss HP even more, creating this organic challenge for players who just can’t get enough of getting their butt kicked.

They’ve also added a Jukebox because they could.

Also, make sure to tune in to the Game Awards on December 6th as The Messenger is nominated in two categories: