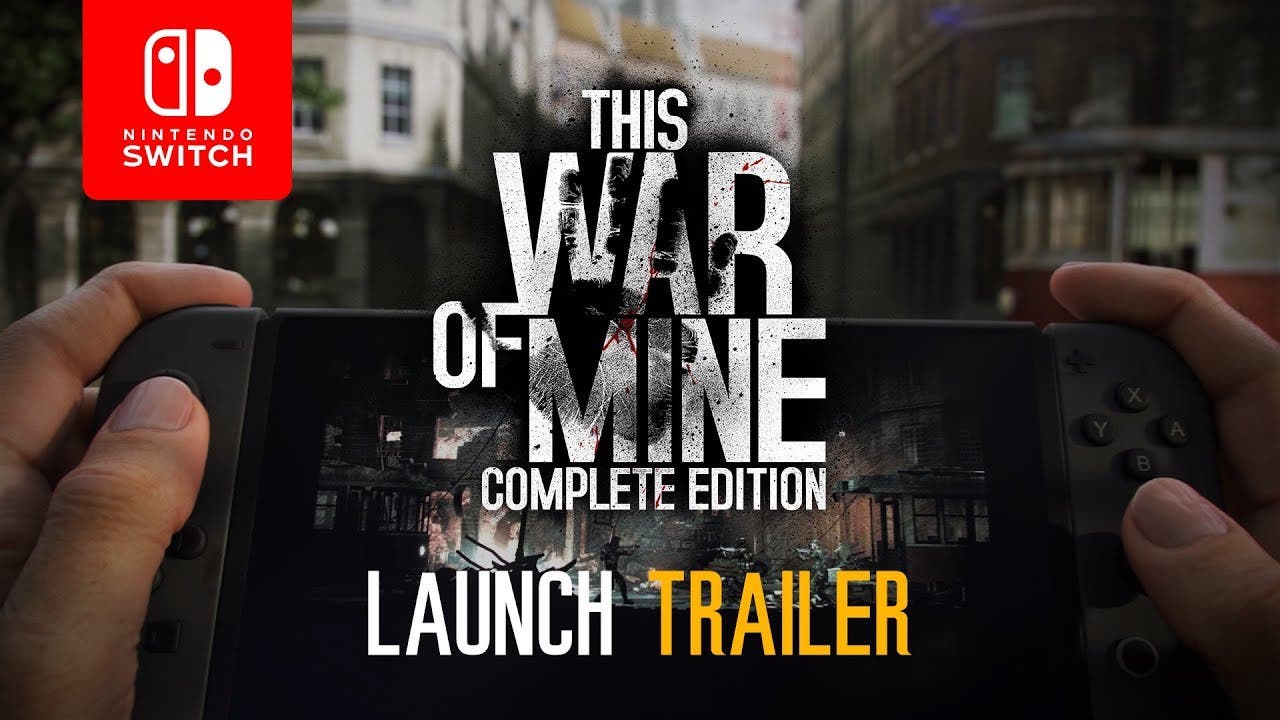 This War of Mine: Complete Edition from 11 bit studios available on Nintendo Switch today

November 27th, 2018 — 11 bit studios today releases This War of Mine: Complete Edition for the Nintendo Switch™. Included together for the first time, The Complete Edition contains the Anniversary Edition of This War of Mine as well as all of the subsequently released DLC for the critically acclaimed anti-war survival game. This War of Mine gives insight into the heavy burden that civilian survivors must carry during times of war and has continuously been expanded with new stories, scenarios, further civilians, and additional locations since its launch in 2014. The game, ported by 11 bit’s friends over at Crunching Koalas, is now available in stores for Nintendo Switch at $39.99.

Struggling with a lack of food and medicine, and under constant danger from hostile scavengers and snipers, This War Of Mine: Complete Edition is an experience wholly different from most war games you’ve experienced before. Instead of playing as an elite soldier, players will take on the role of a group of civilians trying to survive in a besieged city. Experience war from an entirely new angle. During the day, snipers will stop you from leaving your refuge, requiring players to focus on hideout maintenance: craft, trade, and take care of your survivors. At night, choose one of your civilians to be sent out on a mission to scavenge through a set of unique locations for things that will help the group stay alive.

Make life-and-death decisions driven by your conscience. Players must try to protect their civilians, or instead sacrifice individuals for the good of the group. During the war, there are no right or wrong decisions; there is only survival.