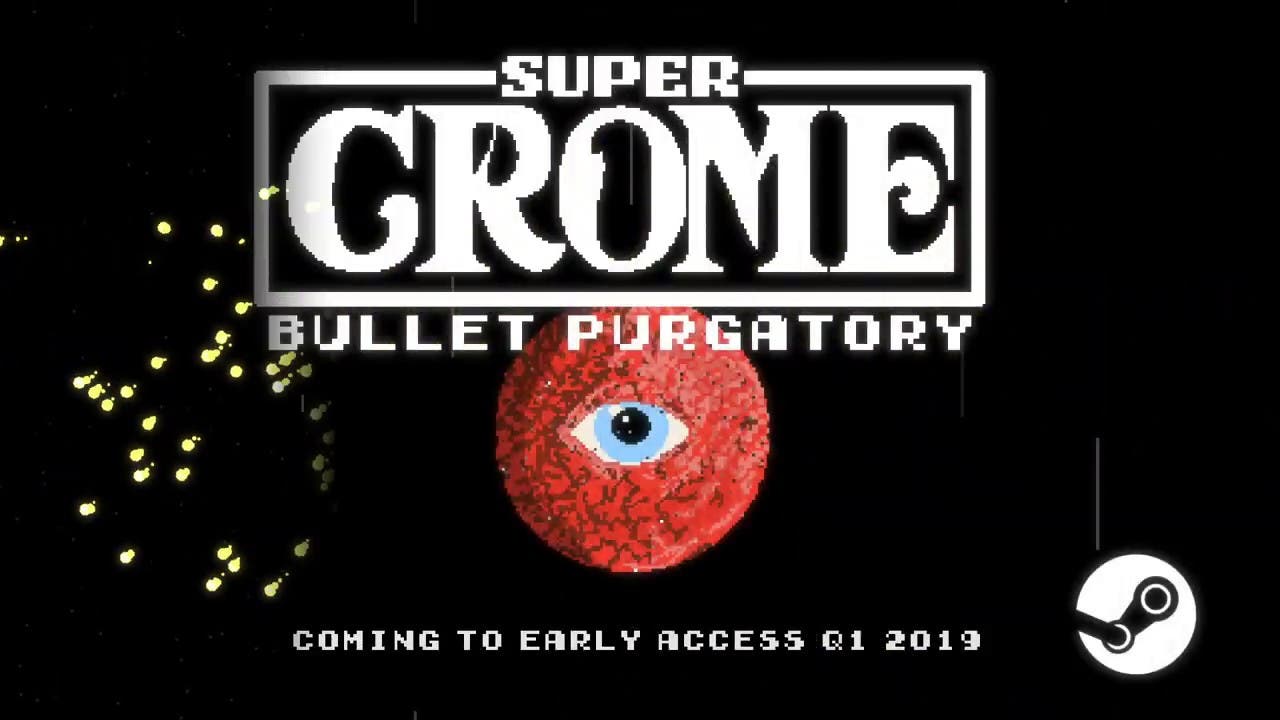 BOSTON, MA – November 28, 2018 – Stumphead Games has announced that its sophomore title, Super Crome: Bullet Purgatory, will blast into Early Access on PC and Mac in Q1 2019.

In the dark depths of space, an unknown threat called Purgatory has begun to consume colonies throughout the cosmos. As solar systems are engulfed by this mysterious force, the fate of civilization is at stake. Now it’s up to Crome, the Consul’s best star pilot, to travel into the unknown and put an end to Purgatory before it overcomes the entire galaxy.

As mankind’s only hope for survival, Crome must eliminate dozens of waves of cosmic beasts and ships to escape the dark abyss. Thankfully, his sleek ship comes equipped with devastating weapons and a precise dashing ability; a perfect combination for slaying alien scum. Take control of Crome as he hunts down hordes of galactic monstrosities and bring back peace in this retro-inspired bullet hell.