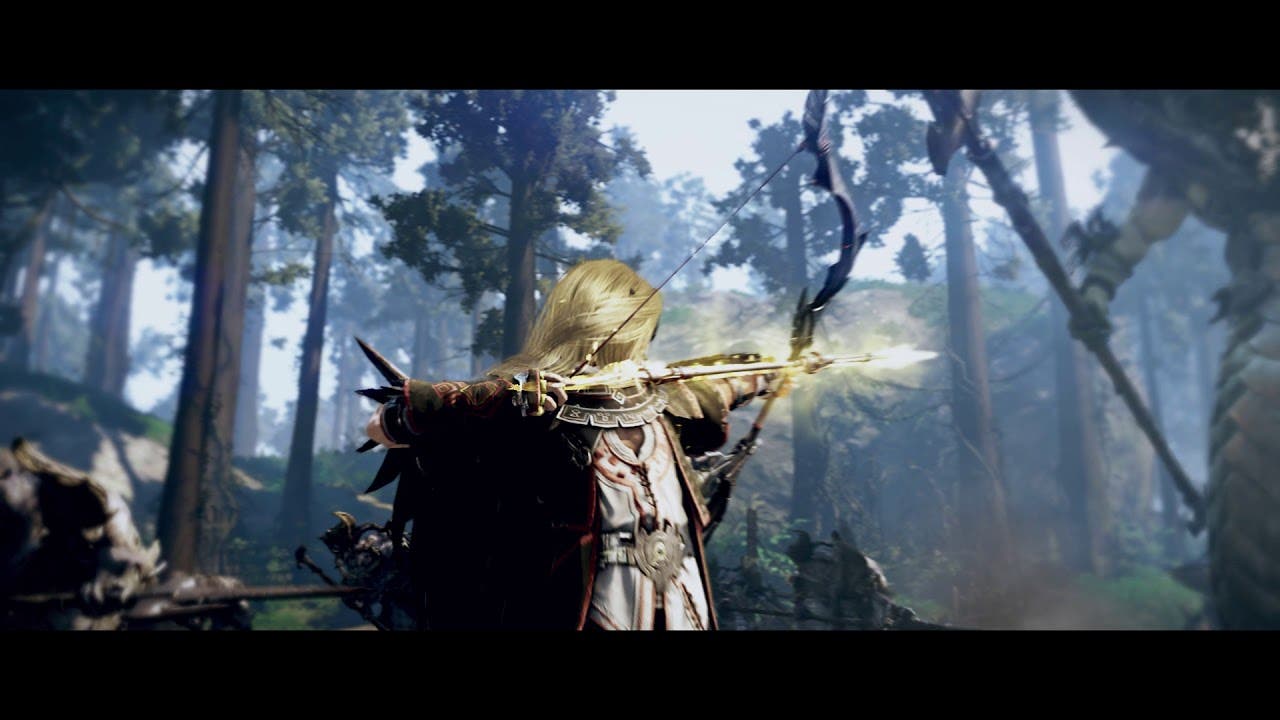 One of the most spectacular announcements made was the Shadow Arena, a new Battle Royale survival mode. In this mode, every player starts as a Black Spirit and needs to find a fallen adventurer and possess it. By destroying nearby supply crates and defeating mobs players can accumulate equipment and skills. When everyone is killed except for one survivor, the game ends with a victory message.

Currently, up to 50 players are supported and the Shadow Arena is planned to be updated to the South Korean service this Winter. A western release will follow later allowing time for localization and polish.

The long-awaited Archer class is the 17th playable character to arrive in Black Desert Online. Jae-Hee Kim announced that for the very first time this new content will be released globally on December 12, with adventurers able to pre-create their Archer in Black Desert Online’s renowned character creator from December 5. The announcement was paired with a spectacular new trailer showcasing the Archer’s agile abilities and robust combat skills.

The Archer uses his Crossbow for his stylish ranged attack and skill combos. In addition, the Archer has an assortment of magic skills at his disposal that assists him in combat by upsetting the opponents’ balance and wreak havoc by unleashing a flurry of arrows with his Crossbow from afar. He is never flustered nor disoriented even in the thick of the battle. The Archer can easily escape without breaking a sweat even when he is outnumbered by countless foes. For more information on Archer’s rich backstory and specific skill set please visit the special event page.

To celebrate the coming of Archer a handful of exciting events have been announced that will benefit players across the globe:

EXP +100% Event
Starting on December 12, all worlds of Black Desert Online will have the EXP +100% event, helping existing and new players to level up their brand new Archer character.

Story, quest line and PvE improvements
With the arrival of Archer, a new opening cutscene will be added. The starting point is no longer Olvia, it is now at the Western Guard Camp. Once players reach Heidel while following the main questline, the main story will branch in three different storylines that focus on the relationships between key people and events while providing more coherent lore.

The story will also become more tangible with the addition of NPCs and characters that in the past were only referred to in quest text. One example is Ille’zra, a horrifying character previously known only through the game’s background lore. In addition, new storylines will be added in Mediah and Valencia with the emergence of Ille’zra.

Additionally, the AI difficulty has been adjusted to provide players with a more challenging experience.

New O’dyllita expansion under development
A new territory named O’dyllita is under development and will be targeted to release in South Korea in the first half of next year. It features many new fantastic locales such as The Valley of Olun, the Thorn Tree Forest and the Castle of Thorns. These lands are inhabited by the Turo, large powerful beasts that move in groups of two or three. Another race of mobs is the Ahib, dark magic wielding bear-like creatures that are a force to be reckoned with.

Territory War under development
A new type of war called Territory War is under development that will focus on the conflict between Calpheon and Valencia. Territory War is a war between nations, unlike the war between guilds in Conquest or Node War. All guilds that occupy level 3 and 4 nodes in Calpheon will fight against the guilds that occupy level 3 and 4 nodes in Valencia. They will represent each of the nations and will fight an all-out war.

Global lab, balancing, fixes, and marketplace improvements
At the start of the show Jae-Hee Kim touched upon some recent updates such as Renown Score and Caphras Enhancement. First of all, Renown Score and Renown Score bonuses will be removed, but this may lead into one-hit kills again so DP balance will be addressed, enabling players to engage in more fierce combat and have an overall more enjoyable experience. Caphras Enhancement will remain with an added extraction function. This to make enhancements available to everyone who wants to take the time and effort.

The Marketplace will also see some improvements and will be less restricted in terms of pricing bands. Furthermore, players will be able to trade on the go through a mobile app.

As with the Renown Score changes and the upcoming Shadow Arena, these updates will be rigorously tested on the Global Lab before being updated to the live service and Jae-Hee Kim apologized for the past mishaps and vowed to make a continuous effort in improving the game while listening to the community.

For more information on Black Desert Online or on how to enter the 7-day free trial, please visit blackdesertonline.com