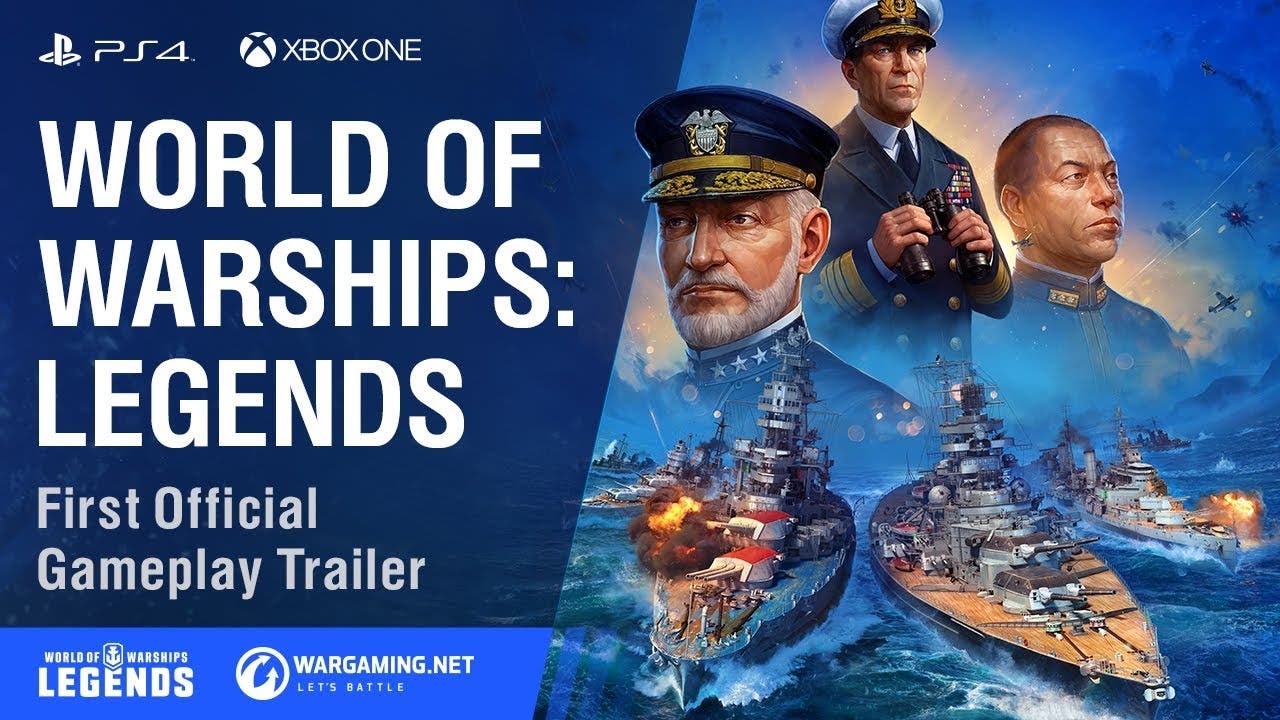 NICOSIA, CYPRUS (DECEMBER 6, 2018) — The waters are calm, but a storm is brewing! Prepare to sail head-first into epic naval battles as the global phenomenon — World of Warships: Legends — enters Closed Beta on PlayStation®4 and Xbox One later this month! Don’t miss your chance to play the console version of Wargaming’s hit naval combat game that already has millions of players cruising the high seas on PC!

Sign-ups for the World of Warships: Legends Closed Beta are open now, with the first beta weekend beginning on December 21, 2018. This is the largest pre-release test yet, and there’s a host of new and improved content to try out when it docks!

Learn more, and sign up for the Closed Beta at https://wowslegends.com.

For the Beta, a contingent of Legendary Commanders will be available to helm vessels like the mighty Iowa and the magnificent Amagi. The Commanders will bring a varied and personalized approach to combat, with each instilling their own strengths, skills, and strategies to the ships at their command. Players can look forward to fighting with the heroic US admiral Norman Scott, the Japanese tactician Isoroku Yamamoto, and many more.

The introduction of special daily and weekly combat missions will provide new ways to unlock rewards like special items and powerful bonuses! Players are challenged to sink ships, rack up XP, and start fires on enemy vessels to reap the spoils of war granted by the combat missions. With the addition of voice chat, exclusive to the console versions of World of Warships, it will be easier than ever to coordinate attacks and strategies to overcome missions with the help of your friends!

Along with the new content, the user interface has been refined and improved specifically to focus and fine-tune the console experience. With alpha testers’ feedback taken into consideration, in-game interfaces have been simplified for a smoother, more accessible player experience, with many other tweaks and adjustments to battles added. Visual improvements to water, smoke effects, and ship models also help to make the latest version of World of Warships: Legends more realistic and immersive than ever before.

Interested players can sign up to participate in future Closed Beta weekends for World of Warships: Legends in order to receive special in-game rewards at launch, starting with the first Closed Beta weekend scheduled for December 21, 2018.

Pre-register now at http://wowslegends.com to receive exclusive Closed Beta access and special rewards for when the game launches later in 2019.