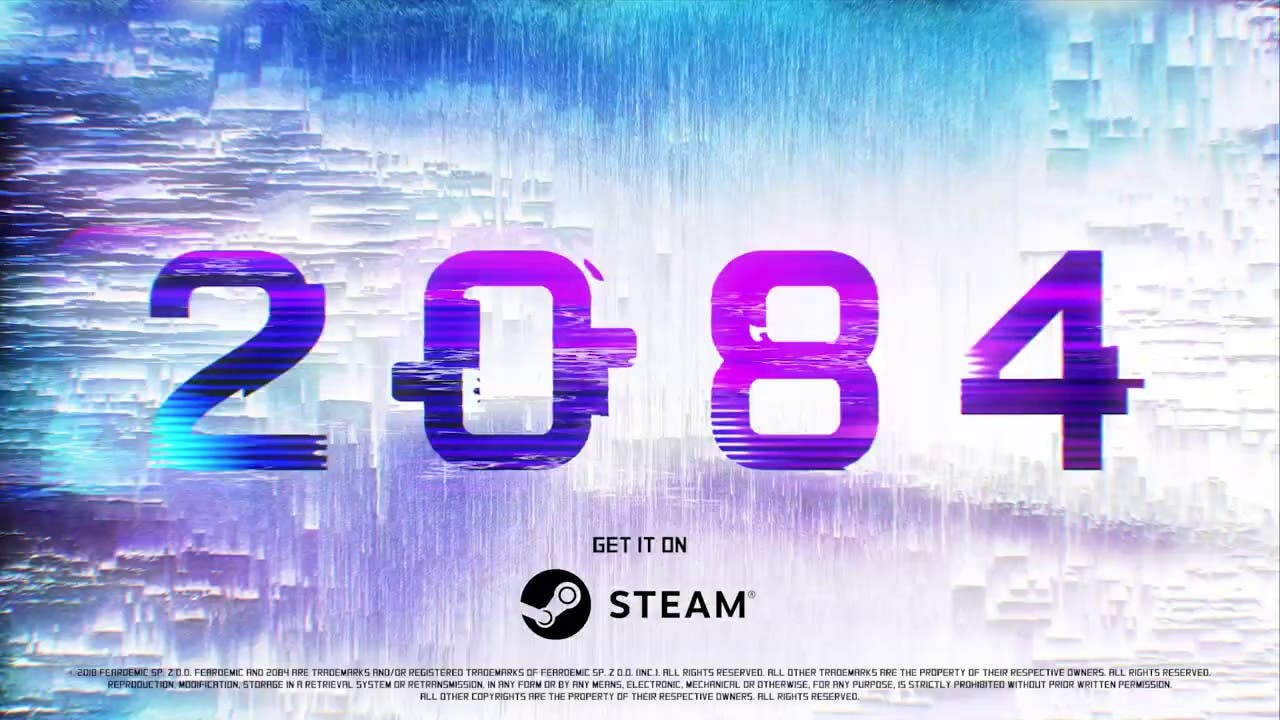 Krakow, Poland — December 13, 2018 — The dark world of cyberpunk dystopia awaits as Feardemic today released 2084, its FPS with hacking mechanics, on Steam Early Access. 2084 casts players into a role of Laura Lofi, a junior researcher at Chiron Incorporated, sent on a mission into a horrific post-apocalyptic labyrinth full of deadly hostiles. In order to eliminate her adversaries and, ultimately, escape, Laura must utilise an array of computer hacking commands on the fly while engaging in combat. Expect eerie plot twists and techno-thrills in 2084 with regular updates as it transitions into its commercial launch expected in 2020.

2084 is available on Steam for $10.00 with a 15% discount available at launch! Watch the launch trailer below!

Set 66 years in the future, 2084 makes good on its bleak, cyberpunk vision. The dystopian Fifth Polish Republic is in turmoil after a deadly infection has been unleashed which has left infected citizens delirious and aggressive. With over 85% of the population equipped with cyber body augmentations, humans — infected or otherwise — are more deadly than ever before. Laura must utilize not only her cybernetically enhanced armor but also a gun that can hack electronic devices, all in a bid to survive 2084’s blighted, roaming foes.

“2084 features a unique blend of fast-paced first person shooter mechanics mixed with computer hacking abilities to create a truly original play experience,” said Martin Kawa, CEO of Feardemic. “The Early Access version of the game is fully functioning and we have been receiving great feedback from players on both the story mode and on Chiron’s endless training arena mode. In the latter, foes are numerous and ammunition is scarce, forcing players to hone their shooting skills and reaction times to gain an advantage and climb up the leaderboard.”

Fully developed during a 72-hour internal game jam, 2084 is an intense first-person shooter where player success is dependent on their skill as a hacker as much as a marksman. Only by hacking the network for perks such as ammunition and augmented health stats will players stand a chance of escaping the mysterious cyberpunk chamber while under the constant deluge of mindless, murderous creatures. The Early Access version will include two game modes: a story mode where players must kill enemies and level bosses before facing off against the game’s final, most challenging adversary, and then an endless mode where gamers face wave after wave of enemies, killing everything in sight to gain top ranking on the 2084 leaderboards.