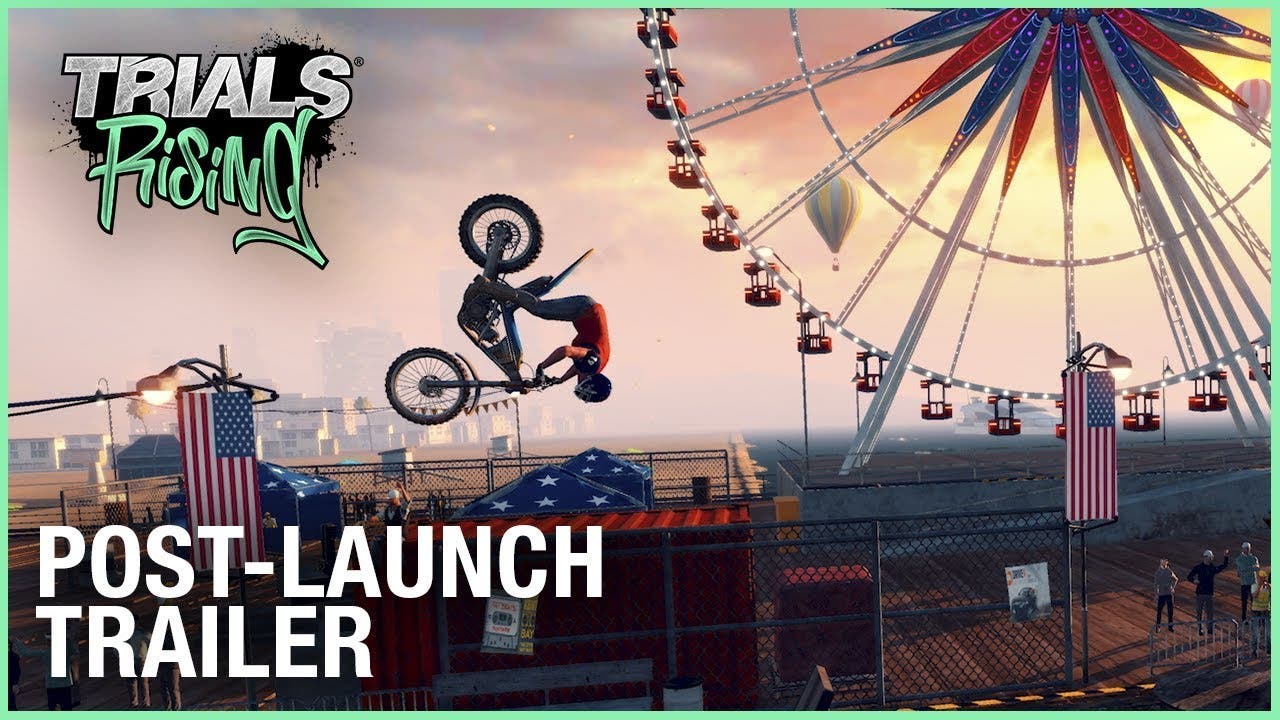 SAN FRANCISCO — February 6, 2019 — Today, Ubisoft unveiled its post-launch plans for Trials® Rising, the newest iteration of the gripping Trials motorcycle platform series. Trials Rising post-launch content will include the Trials Rising Expansion Pass, as well as upcoming free Events and Seasons to give players access to fresh content and keep the competition alive. Trials Rising will be released worldwide on February 26, 2019 on PlayStation®4 computer entertainment system, the Xbox One family of devices including the Xbox One X, Nintendo SwitchTM and Windows PC.

With the Trials Rising Expansion Pass, players will have the opportunity to dive in to new exciting locations across the United States and the Southern Hemisphere.

Trials Rising is all about competition, so keep an eye out for four Seasons, where riders will have access to new poses, animations and customization items for bike and rider, as well as seasonal-themed Events like Easter. Weekly Challenges are also on the horizon, and will provide in-game objectives that reward players with in-game currency and limited-time prizes. Challenges will be renewed every week.

Ubisoft RedLynx, a studio based in Helsinki (Finland), returns with Trials Rising to bring the biggest and most compelling sequel of the franchise to date, combining the acclaimed classic gameplay, a fresh look, more competition and over-the-top action praised by fans, plus all-new features. The game was developed with Ubisoft Kiev (Ukraine) in collaboration with Ubisoft Odessa (Ukraine).

Digital pre-orders for the Standard and Gold Editions are now available. The Trials Rising Standard Edition includes the base game. The Trials Rising Gold Edition includes the base game and the Expansion Pass with two major expansions, two Customization Packs, fun bikes and more for $40. Pre-order bonuses are the Jungle Rider Pack, in which players can go wild in a gorilla suit and bike camouflage, and the Wild West Rider Pack, which features a cowboy outfit and a rodeo headlight. Each pack includes five items for your rider and one item for your bike.