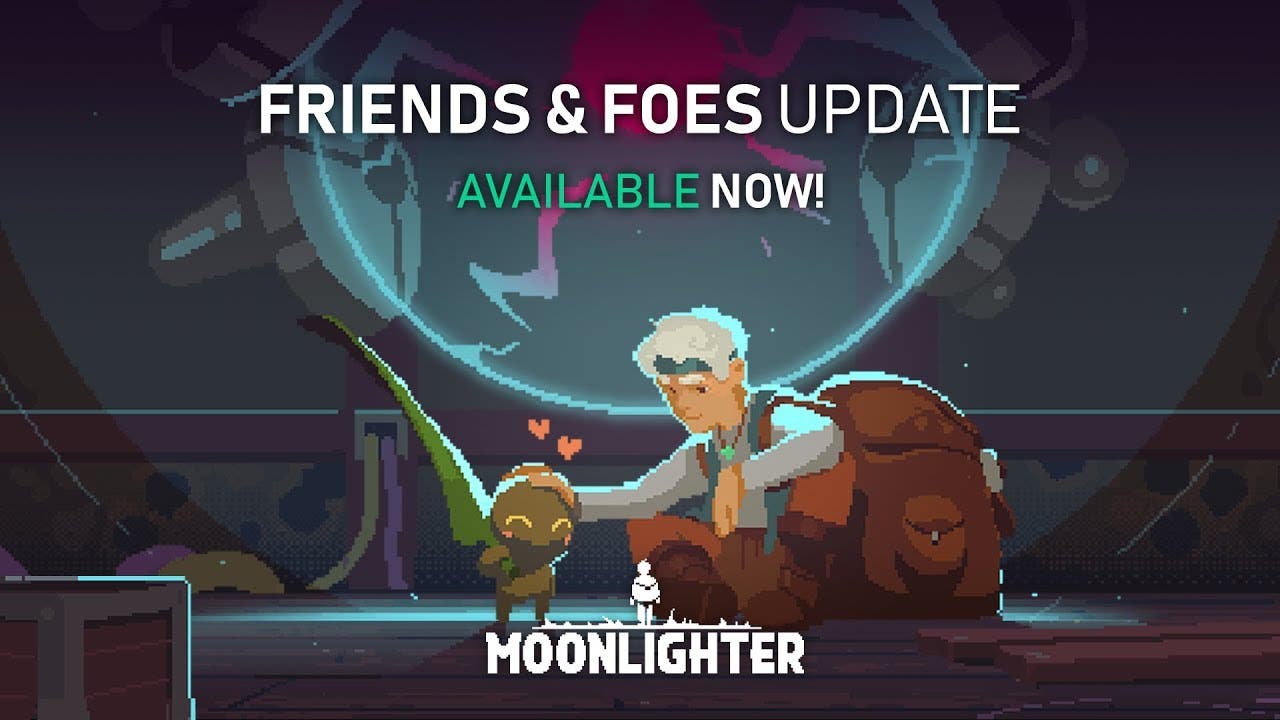 Warsaw, Poland, February 13, 2019 – A very wise person once said that a true friendship is born the moment one person says to another, “Let’s slay some monsters together!”. We certainly wouldn’t want to disagree with ‘a very wise person’ so as part of the new Moonlighter ‘Friends & Foes’ update, launching today for free on all platforms, Digital Sun and 11 bit studios are introducing nine new companions to the game.

Now, even though the freshly introduced nine familiars can’t really talk, they’re more than happy to aid you during your most dangerous adventures to the dungeons outside the merchant village of Rynoka. We wouldn’t want to make Moonlighter too easy, of course, so to counterbalance your buddy upgrades the developers have also added brand-new, ferocious minibosses (so hopefully you and your new companions are getting on well with each other. You’re gonna need all the help you can get!).