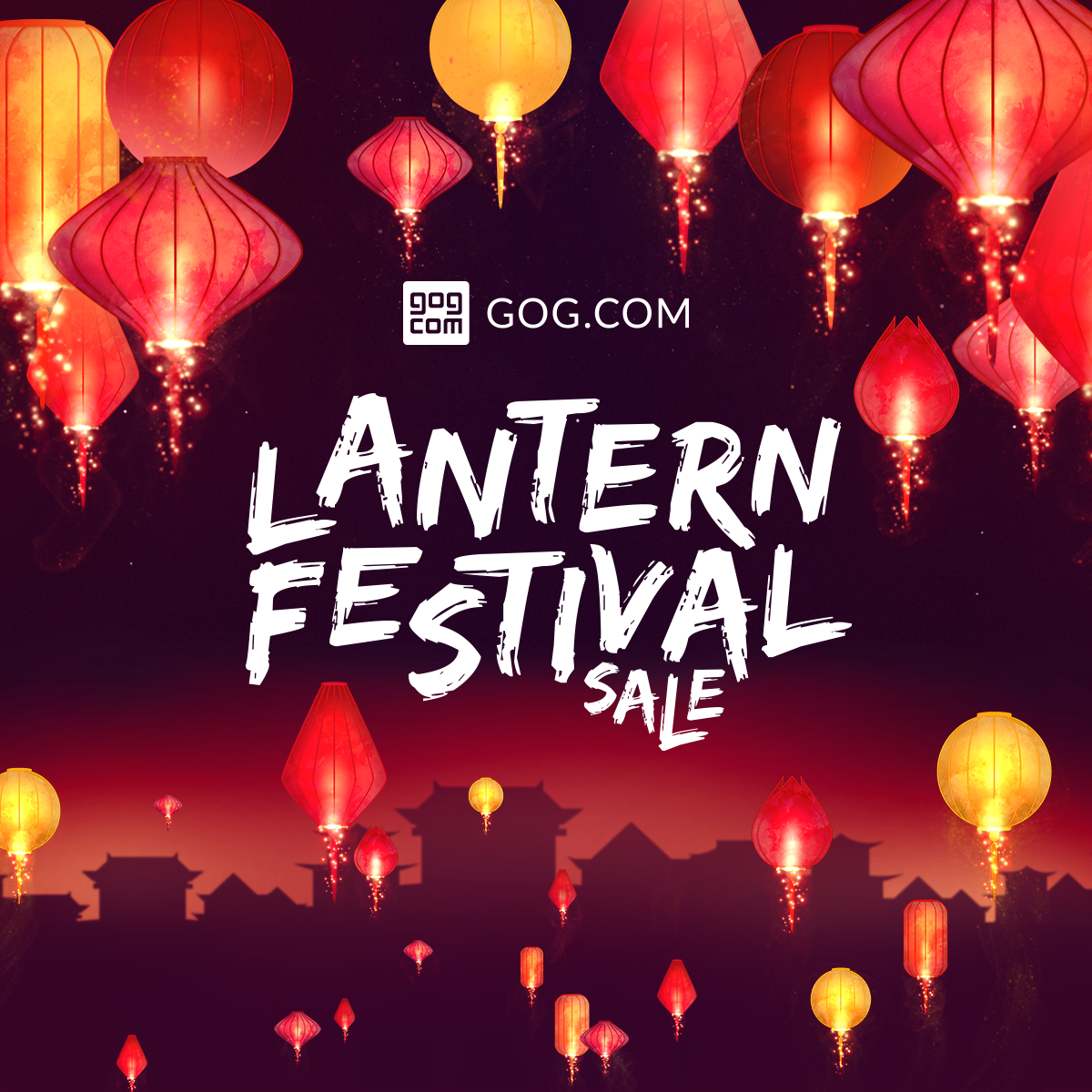 FEB 18 – Lantern Festival celebrations begin today on GOG.COM, the DRM-free digital game store. Celebrating the Year of the Pig by indulging in 200+ wondrous deal up to 85% off!

The Lantern Festival Sale starts now, and lasts for one week until February 25th, 11 PM UTC.

Some of the most impressive Publisher catalogs and games are here – each a shining beacon to the things we love about gaming:

CD PROJEKT RED’s complete Witcher franchise is on sale, including 70% off The Witcher 3: Wild Hunt – GOTY, and Thronebreaker: The Witcher Tales at 25% off.

View the full lineup of Lantern Festival deals on GOG.COM!