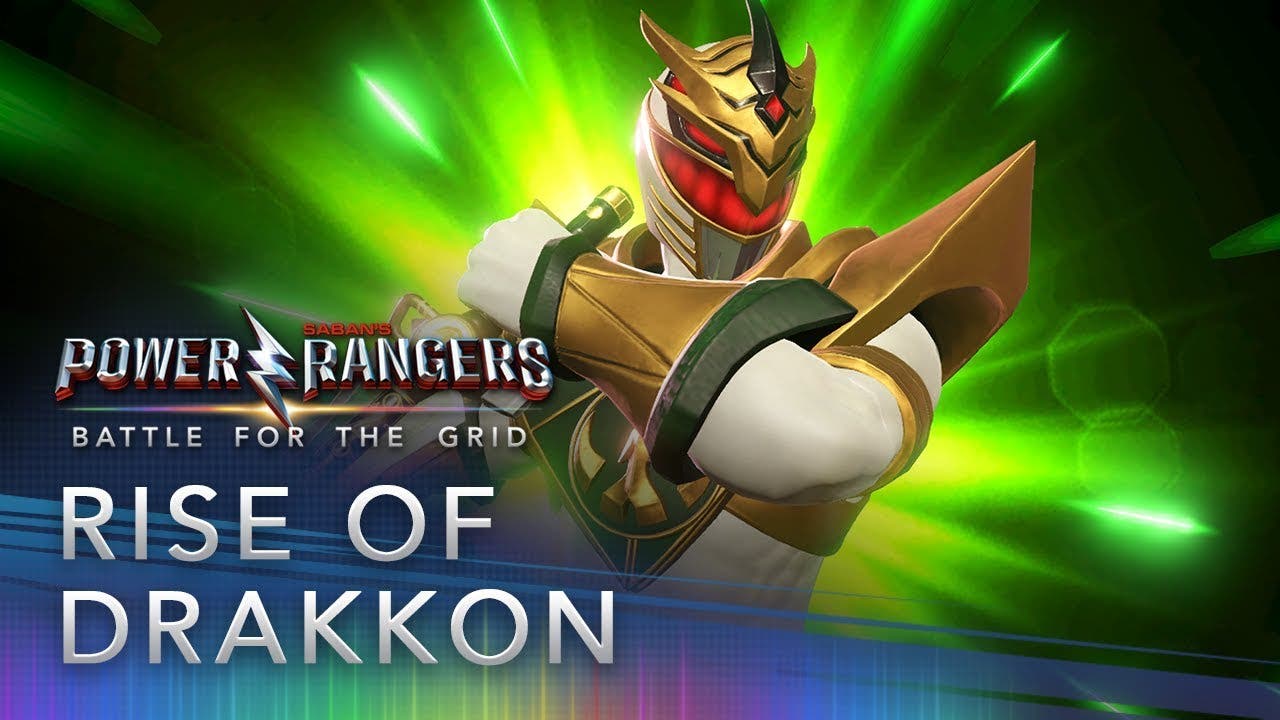 ABOUT LORD DRAKKON
Lord Drakkon is Tommy Oliver from a world where he never strayed from the path of evil, even once Rita’s spell was broken. His ambition unsated by conquering his own world, he turns his gaze towards the entirety of the Morphin Grid. Drakkon is a high mobility fighter with a wide range of attack options that keeps his opponent’s guessing. Although many of his combos and attack sequences are beginner-friendly, there are several advanced techniques players can learn in order to optimize his attack sequences and combos.

ABOUT POWER RANGERS: BATTLE FOR THE GRID
A modern take on the 25 year franchise, Power Rangers: Battle for the Grid showcases stunning graphics in vivid details. Pit current and classic Rangers and villains like never before in 3 vs. 3 tag battles. Test your skills online against friends and players from around the world for endless replayability.

BUILT FROM THE GROUND UP FOR CONSOLE
Power Rangers: Battle for the Grid features traditional fighting game controls with intuitive combat and plenty of depth.

A LIVE GAME
Test your skills against live players from around the world. Regular post-launch content drops, such as new characters, arenas, and features, will make the game feel alive and always fresh.