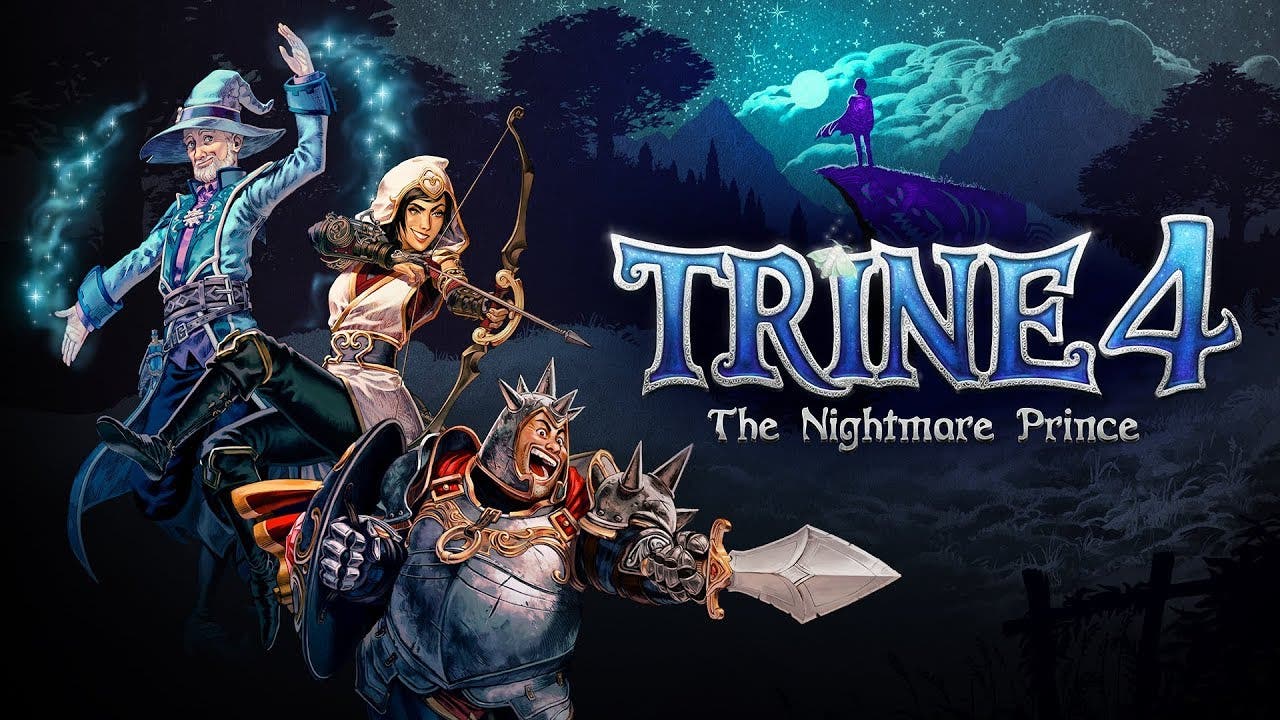 Trine 4: The Nightmare Prince will release this fall on PC and console alongside Trine: Ultimate Collection

Alongside the series’ new installment, Modus will release Trine: Ultimate Collection. Packed with bonus content at retail, the bundle will include Trine: Enchanted Edition, Trine 2: Complete Story, Trine 3: The Artifacts of Power, and Trine 4: The Nightmare Prince and will be available on PS4, Xbox One and PC both physically and digitally.

Featuring an all-new story that reunites Amadeus, Pontius, and Zoya, Trine 4: The Nightmare Prince returns to the magic of 2.5D with the puzzle-platforming gameplay that defined a genre in Trine 1 and 2. Play as the three iconic heroes in the most extensive Trine adventure yet, complete with stunning new environments and dynamic, physics-based puzzles that fans have grown to know and love.

After years apart, the Astral Academy has requested help from the three heroes to find Prince Selius, whose intensely dark nightmares have begun to slip into reality and wreak havoc on the waking world. Encounter more epic boss fights than ever before, solve fascinating puzzles, unlock new skills, explore lush, vibrant landscapes, and experience a hauntingly beautiful new soundtrack by the composer of Trine 1-3. Additionally, and for the first time ever, Trine adds four-player co-op to its feature list.

– Gorgeous, 2.5D landscapes. Explore uniquely designed levels in beautiful, 2.5 dimensions, from breathtaking ruins and haunted tombs to tranquil birch groves and blueberry forests.
– Local and online multiplayer. Play with up to 4 players online or in local co-op.
– Captivating storytelling. Follow the story of a haunted prince as you journey through magical fairytale landscapes inhabited by friendly creatures, as well as a host of nightmarish foes.
– Dynamic puzzle-solving. Solve puzzles – solo or with friends – that feature fire, air, light, magnets, electricity and more, with challenges tailored to the number of players.
– Abundant skill trees. Unlock diverse abilities and amazing new skills.
– Completely revamped combat system. Experience the heroes’ own bloodcurdling nightmares in boss fights featuring an enriched combat system with fresh challenges and thrilling action!
– Enchanting soundtrack. Enjoy a wondrous soundtrack with songs that bring life to each new environment.

Trine: Ultimate Collection at retail will include:

Consumers who buy Trine 4 at retail will receive:

Trine 4 is supported by the Creative Europe Programme – MEDIA of the European Union.