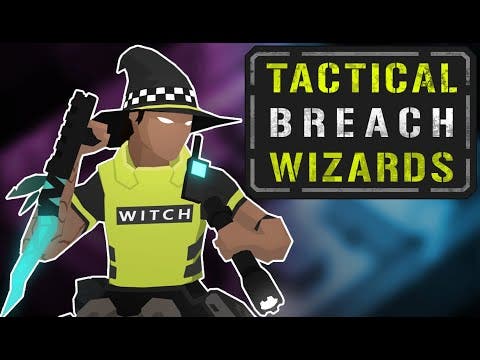 Today we’re showing the first gameplay footage of Tactical Breach Wizards, a small-scale character driven tactics game that currently wafts ambiguously somewhere between XCOM and Into the Breach in terms of format. It’s about wizards in modern-day tactical gear, and this video shows off the Riot Priest and the Witch Cop, the first two we’re showing of a team that will eventually be maybe 6 unique characters.

It’s still early days, anything might change, no release date, but we have a Steam store page now so people can wishlist it if they’re interested!

There’s also more details and screenshots there. It’s for PC, single player only.

This is being made by Suspicious Developments, specifically: