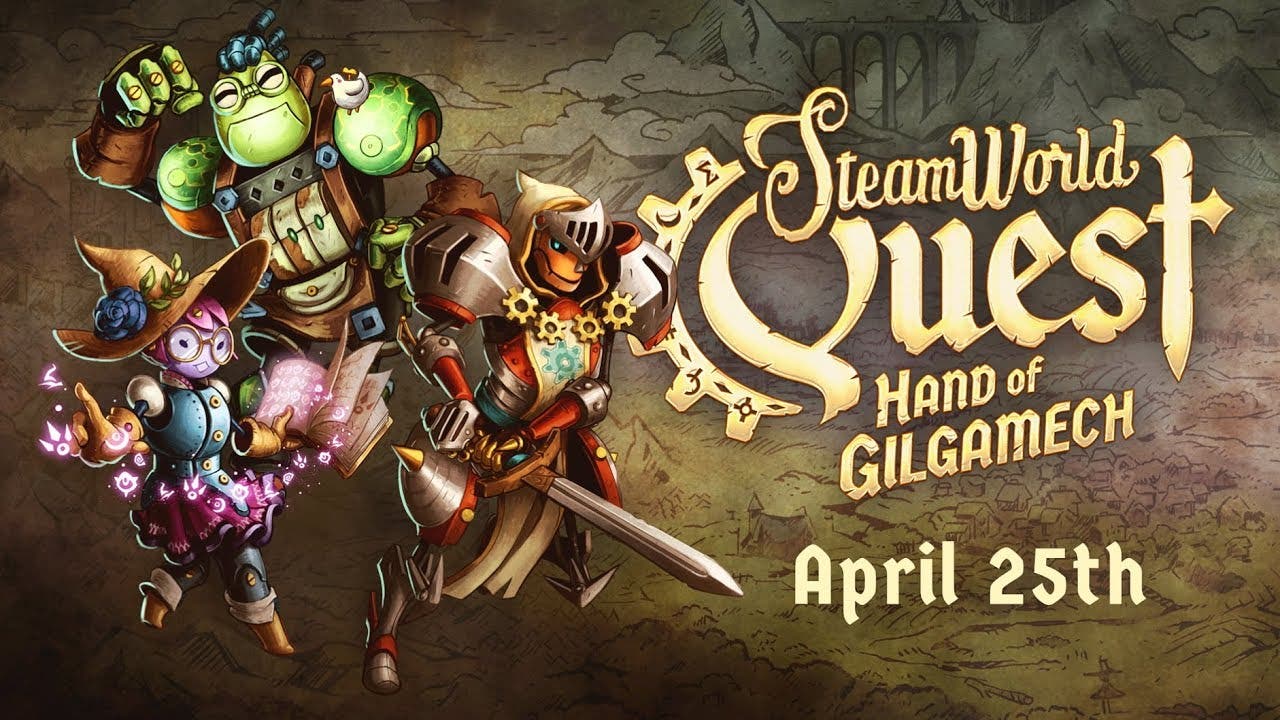 Gothenburg, Sweden, March 26 – We at Image & Form are proud to announce that our latest and greatest game, SteamWorld Quest: Hand of Gilgamech, comes first to Nintendo Switch on April 25. The game is available exclusively on Nintendo eShop for the foreseeable future and goes for $24.99 / €24.99 / £22.49. Once again we take the SteamWorld franchise in a bold new direction; SteamWorld Quest is our first RPG and we’re switching things up with card-based battles where you build, craft and upgrade your heroes’ decks.

“The SteamWorld community has asked us to make an RPG for a long time, so I’m really happy and satisfied that we’re delivering such a polished title way sooner than anyone expected. Since we announced in January we’ve watched the growing excitement among gamers, press and content creators. I’m confident that fans of RPGs and previous SteamWorld games will adore SteamWorld Quest because it’s an absolute gem. We will keep the momentum going via our website and social media channels until the release and beyond,” says Brjánn Sigurgeirsson, CEO at Image & Form.

In SteamWorld Quest, you lead a party of aspiring heroes who take on whatever threat comes their way by crafting your own deck of cards – choosing from over 100 unique punch-cards! What awaits you is a luscious treasure chest filled with gold, dragons, vivid worlds, magic, knights in shining armor as well as XP, turn-based combat and all the usuals that RPG fans love! The mix of traditional fantasy and bantering steam-driven robots makes for an unforgettable experience with lots of laughs.

To watch the game in action: check out this video with over 20 minutes of fresh gameplay.