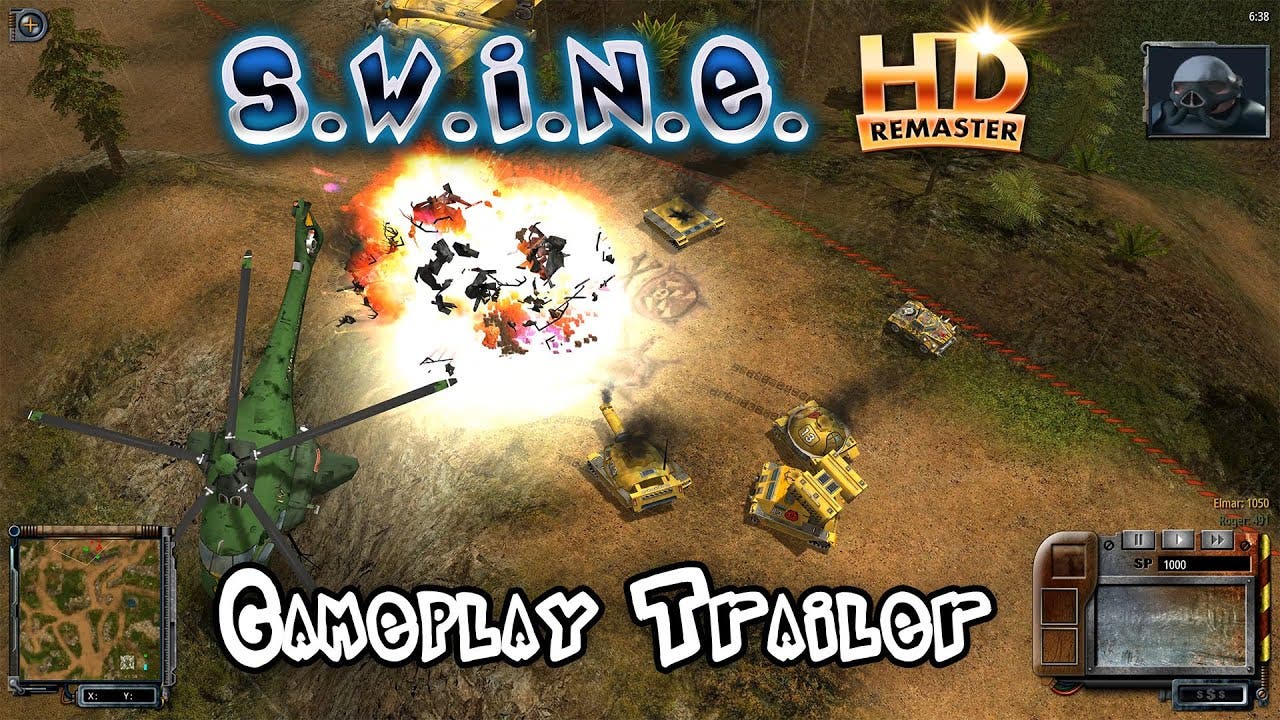 Just in time for the anniversary of the Bay of Pigs invasion, publisher Assemble Entertainment and developer Kite Games have released a brand-new gameplay trailer, where players will be taken back to the good old days of merciless war between pigs and rabbits!

In the very first gameplay trailer of S.W.I.N.E. HD Remaster, Assemble Entertainment spotlights the most impressive scenes from the dirtiest of all dirty wars. You could call this one a bloodbath … or a mudbath — either one works!

On July 26, the Republic of the Pigs was overthrown by General Iron Tusk. After dealing with the remaining Republican loyalist forces in his territory, Tusk turned his attention to the neighboring nation of Carrotland, home of the Rabbits. The Rabbits worked out their strategy, too; and now the two species need to find a capable officer who can lead their operations.

This funny strategy war game, which was first released in 2001, focuses on the strategic aspect of the battle. You don’t have to construct buildings or collect resources. Instead, you just need to capitalize on the strategy points and use them to expand and develop your animal army.