World War Z gets a roadmap for Season One of FREE updates including FOV slider, new maps, modes, and weapons 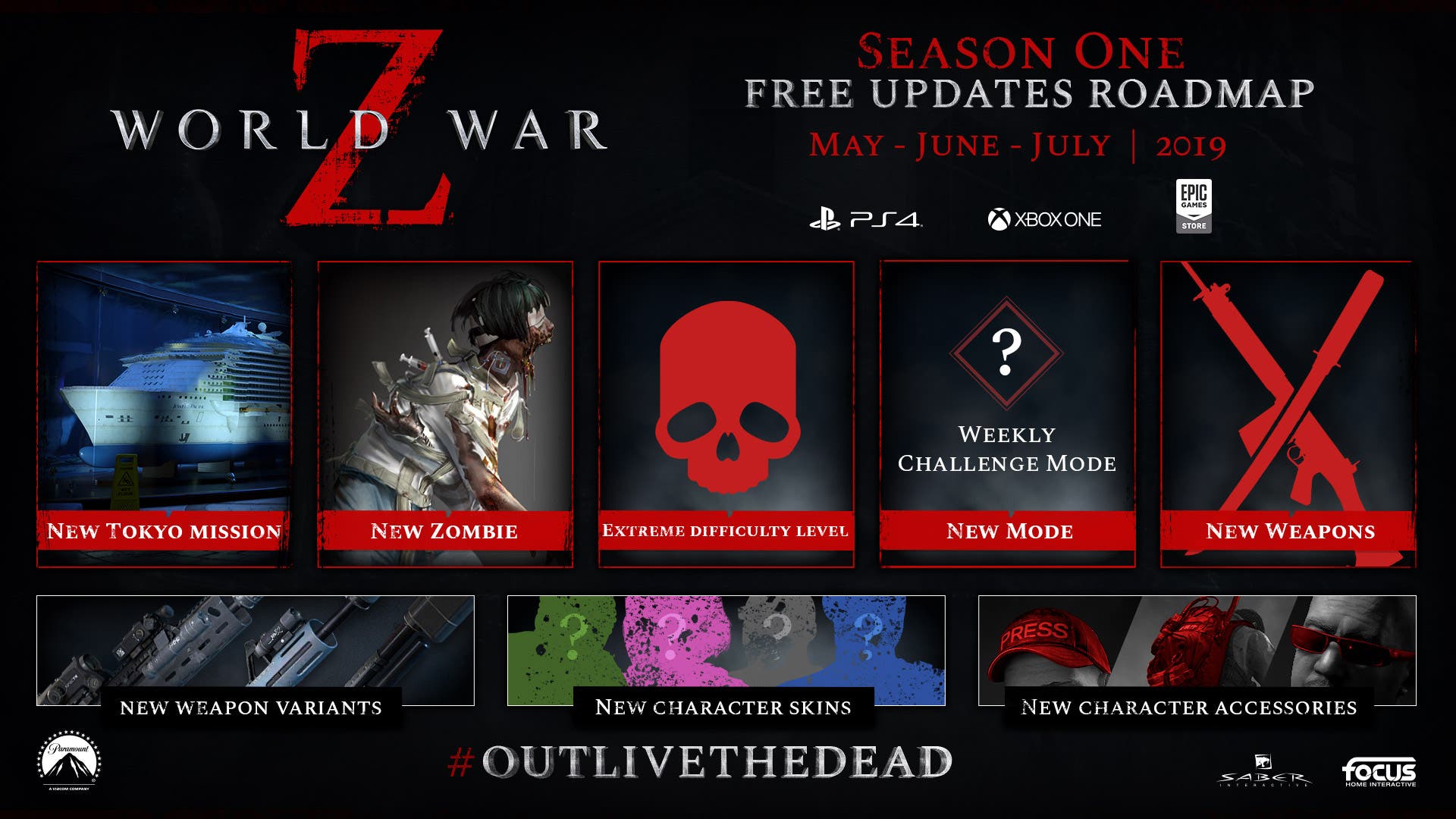 MAPLEWOOD, N.J. – May 2, 2019 – Saber Interactive, in partnership with Focus Home Interactive, has announced the first phase in its post-launch content roadmap for World War Z, the action-packed co-op shooter inspired by Paramount Pictures’ blockbuster film. After celebrating more than 1 million units sold in its first week of launch on PlayStation®4, Xbox One and Windows PC via the Epic Games Store, the World War Z team is moving forward to deliver new gameplay, features and improvements to the game month to month.

In May, a brand-new mission set in Tokyo will drop alongside a terrifying zombie type that spits a deadly virus and can resurrect if not properly dispatched. June will bring a new six-skull difficulty setting with a unique reward, as well as bonus cosmetics and more. And in July, players can discover the new Weekly Challenge mode, plus additional cosmetics and other goodies.

Other major upgrades in development for further free updates include a wave-based survival mode, private lobbies, the ability to switch classes during PvPvZ matches, field of view (FOV) and level of detail sliders on PC, and more.

Powered by Saber’s dynamic Swarm Engine™, World War Z unleashes hundreds of fast-moving, bloodthirsty zombies – able to move and strike as one collective herd as well as break off into individual attackers – at a time on players. Choose from six distinct classes and an arsenal of deadly weapons, explosives, turrets and traps. Outlive the dead through intense four-player co-op campaign missions around the world, including New York, Jerusalem, Moscow and Tokyo, and battle both zombies and real human opponents in competitive, team-based Players vs. Players vs. Zombies (PvPvZ) multiplayer.

World War Z is currently available digitally and at most major retailers on PlayStation®4 and Xbox One for $39.99, as well as Windows PC via the Epic Games Store for $34.99. This game is rated M (Mature) by the ESRB. For more information, visit http://wwzgame.com, and follow the game on Facebook atwww.facebook.com/WWZGame, Twitter @WWZTheGame, and Instagram @WWZGame.