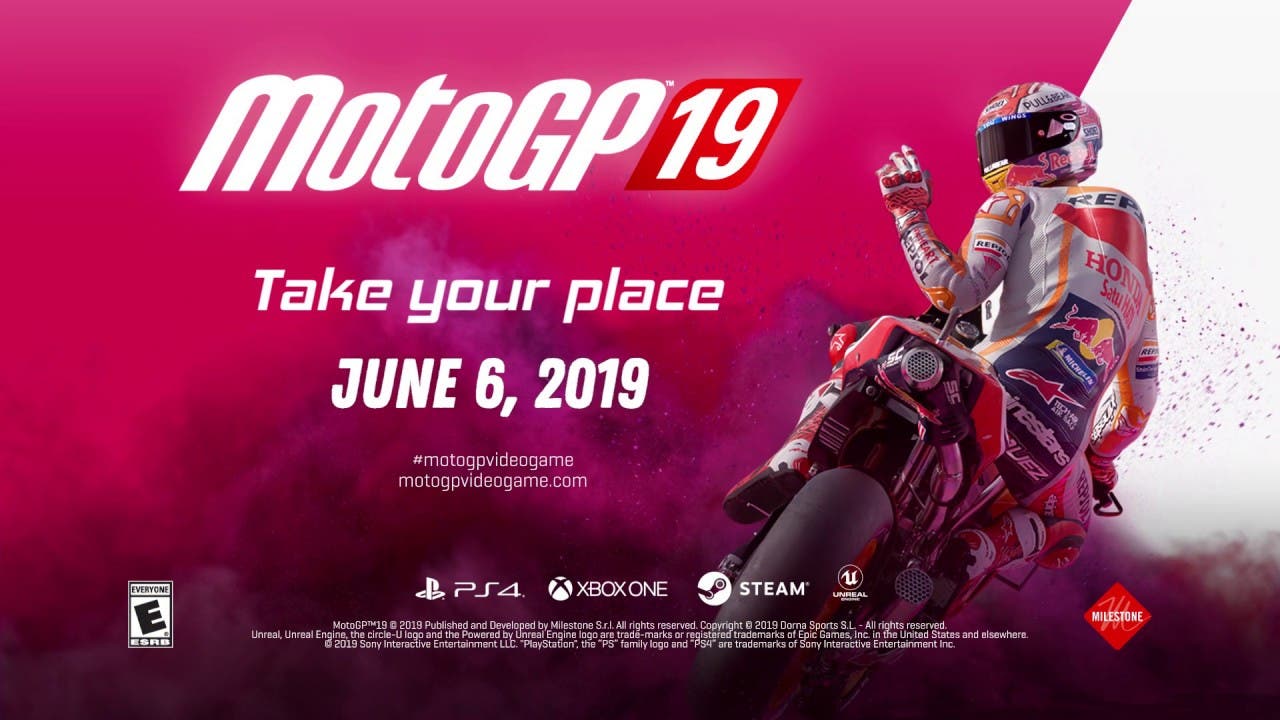 MotoGP™19 will be available on June 6th on PlayStation®4, Xbox One and Windows PC®/STEAM. It will be released on Nintendo Switch™ on June 27th*.

The first step to improving the Multiplayer experience in MotoGP™19 has been to adopt, for the first time in a Milestone game, Dedicated Servers to host online matches. As with every Multiplayer game network infrastructure is crucial to guarantee the reliability and stability needed for online gameplay. Dedicated Servers allow for gameplay with very low latency, for smoother and lag-free races.

Michele Caletti, Producer at Milestone, commented “Racing games are incredibly demanding in terms of bandwidth and ping time to recreate a believable action on track. To manage a MotoGP bike moving at 300km/h, you need absolute precision on collisions, and a precise reproduction of the opponents’ moves. Thanks to GameLift, ping times are not only lower, but much more consistent. Bandwidth from the server is virtually removed as an issue, and every player has the same data movement. And the on-track feeling is now incredible!”.

In MotoGP™19 players can browse the Public Lobbies list to find the race that meets their needs, or, thanks to Private Lobbies, they can create their own fully customizable Grand Prix to race with only their friends.

Together with Private Lobbies, Milestone introduced for the first time in the series, the Race Director Mode, that enables players to manage every feature during online competition. Race Director can set race sessions and decide weather conditions on track. During the race he can assign penalties for riders’ irregular behaviors, just like in a real MotoGP™ race.  Thanks to the TV Director mode, players can also manage cameras and overlays, to capture the most breathtaking actions to be included in livestreams.

All of the new features included in the MotoGP™19’s Multiplayer mode came highly requested from fans of the series, once again highlighting the great importance of community feedback in the development of the game.

MotoGP™19 will be available on June 6th on PlayStation®4, Xbox One and Windows PC®/STEAM.  It will be released on Nintendo Switch™ on June 27th*.