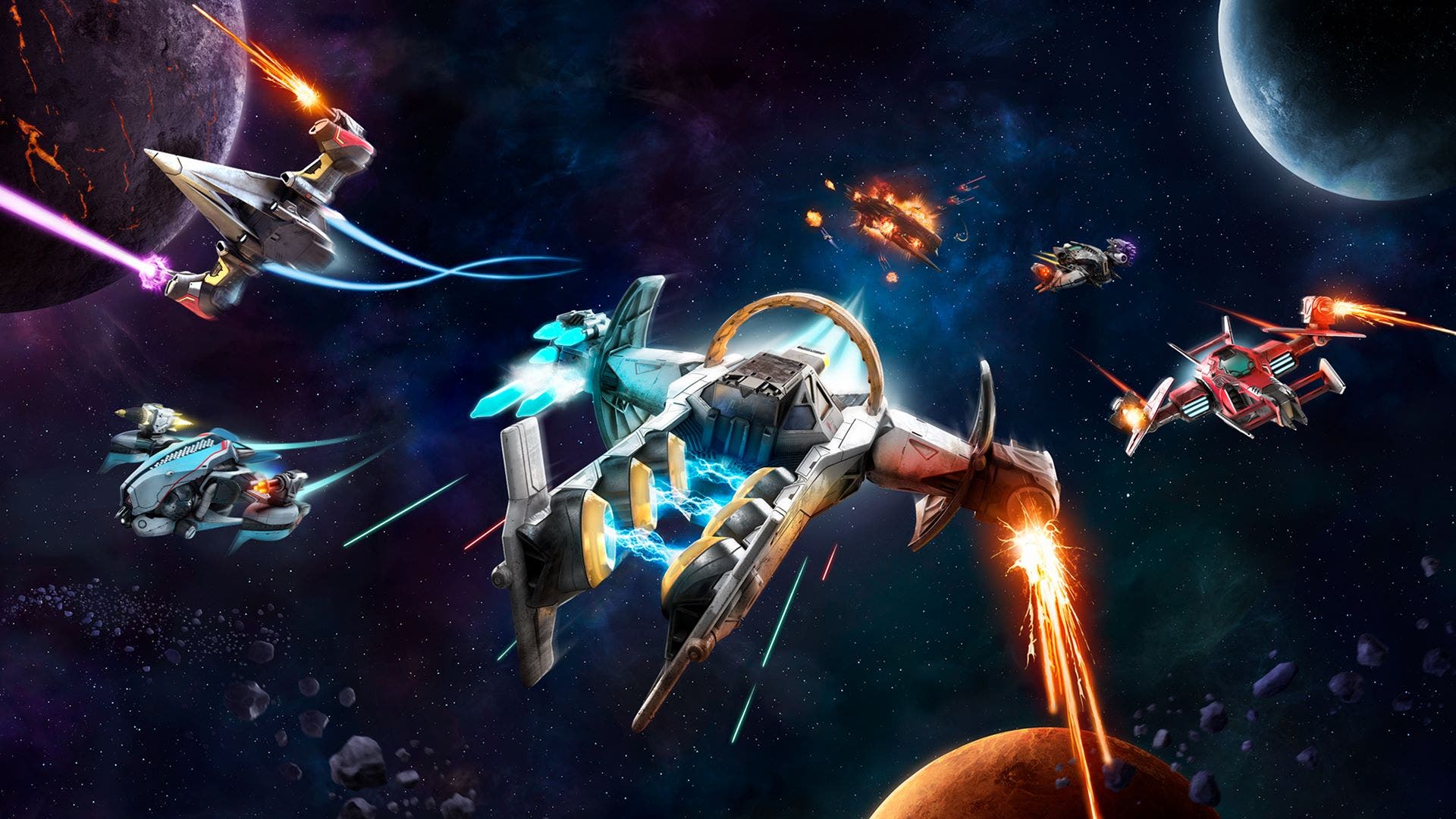 Starlink: Battle For Atlas released onto PlayStation 4, Xbox One, and Nintendo Switch in October of last year. And at long last, it has come to PC. It is the same game, but much, much prettier, while also running at higher framerates and resolutions. It also includes all prior DLC and updates, to include the recently released Crimson Moon. Not having a PC version didn’t make much sense, but it’s absolutely been worth the wait. 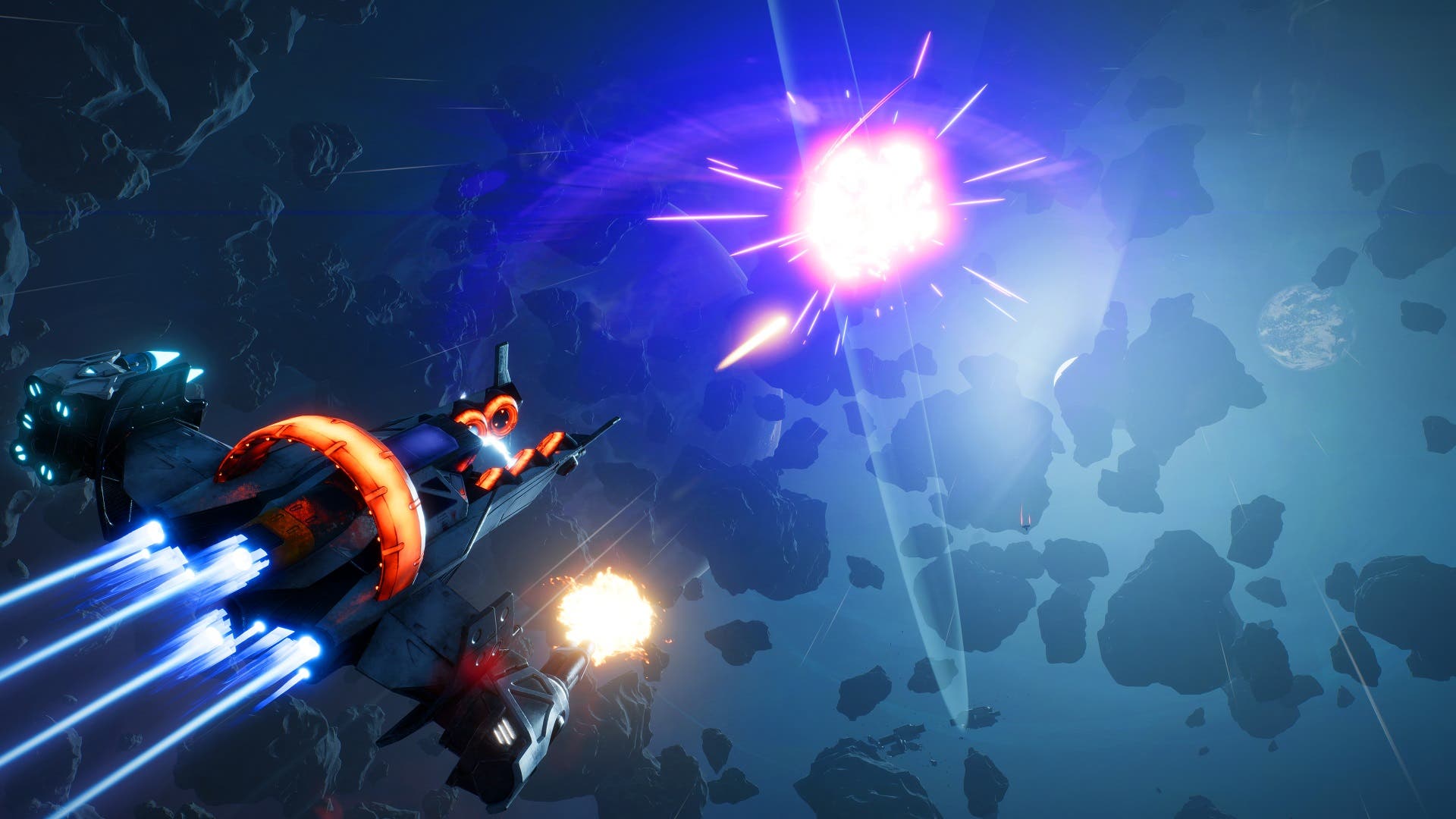 Starlink: Battle For Atlas kicks off with the group’s leader, St. Grand going missing after the Equinox IV starship is attacked by the villain named Grax, which crashes onto a nearby planet. The titular Atlas, is the star system in which the game takes place across. This is a game that’s predominately aimed at younger audiences with its toy line tie-in, but thanks to its story and cutscenes, provides solid entertainment and gameplay that works for adults too.

Starlink: Battle For Atlas wastes no time throwing you into missions, but more than that, wastes no time in getting you to see ground and space combat. Most of your time doing the missions are planet side, but after the introductory section, you’re free to go do what you want. The mix of main and side missions aren’t that varied, but you’ll have plenty to do across the 15 or so hours it takes to complete the main story, but you’ll wanting to be more than that thanks to the satisfying gameplay loop and its hooks to constantly improve your pilot, ship, and weapons. 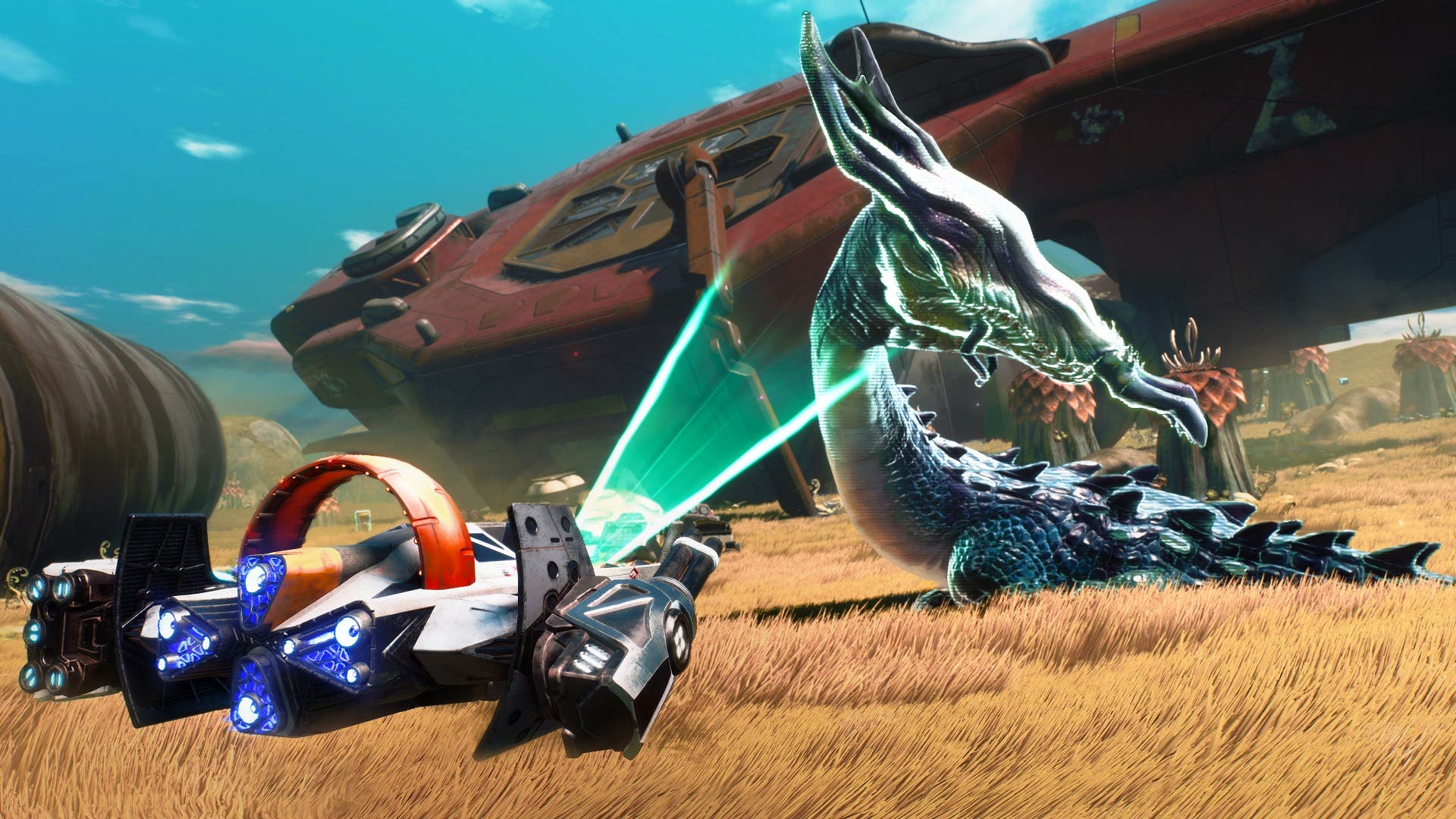 You might be inclined to make the comparisons, but No Man’s Sky “Lite” this isn’t. They are different games, and Starlink doesn’t have any survival elements, and focuses on arcade combat and physics. There’s just more things to do in Starlink overall. It’s easy to get caught up in the main story and focus on that. But you could go out into space and do some resource mining, or stay planet side and take down excavators for resources. Do that enough, and you’ll unlock bosses called Nova Prime that need to be taken down, and you’ll crumble the hold on the planet that The Forgotten Legion have on that planet. Taking on side missions will involve eliminating outlaws, delivering goods, and otherwise doing good deeds, you’ll rally people on your side to fight for the greater cause.

Across Atlas are three sectors, broken up by difficulty. The Trade sector is easy, Frontier is medium, and Dark is hard. The Crimson Moon update adds a star difficulty to increase the challenge even further for pilots who are looking for it. You won’t feel drawn to the harder areas, but if you go exploring, it’s entirely possible to do so while a relatively low level if you just want to see more planets if you’ve somehow 100% them all. 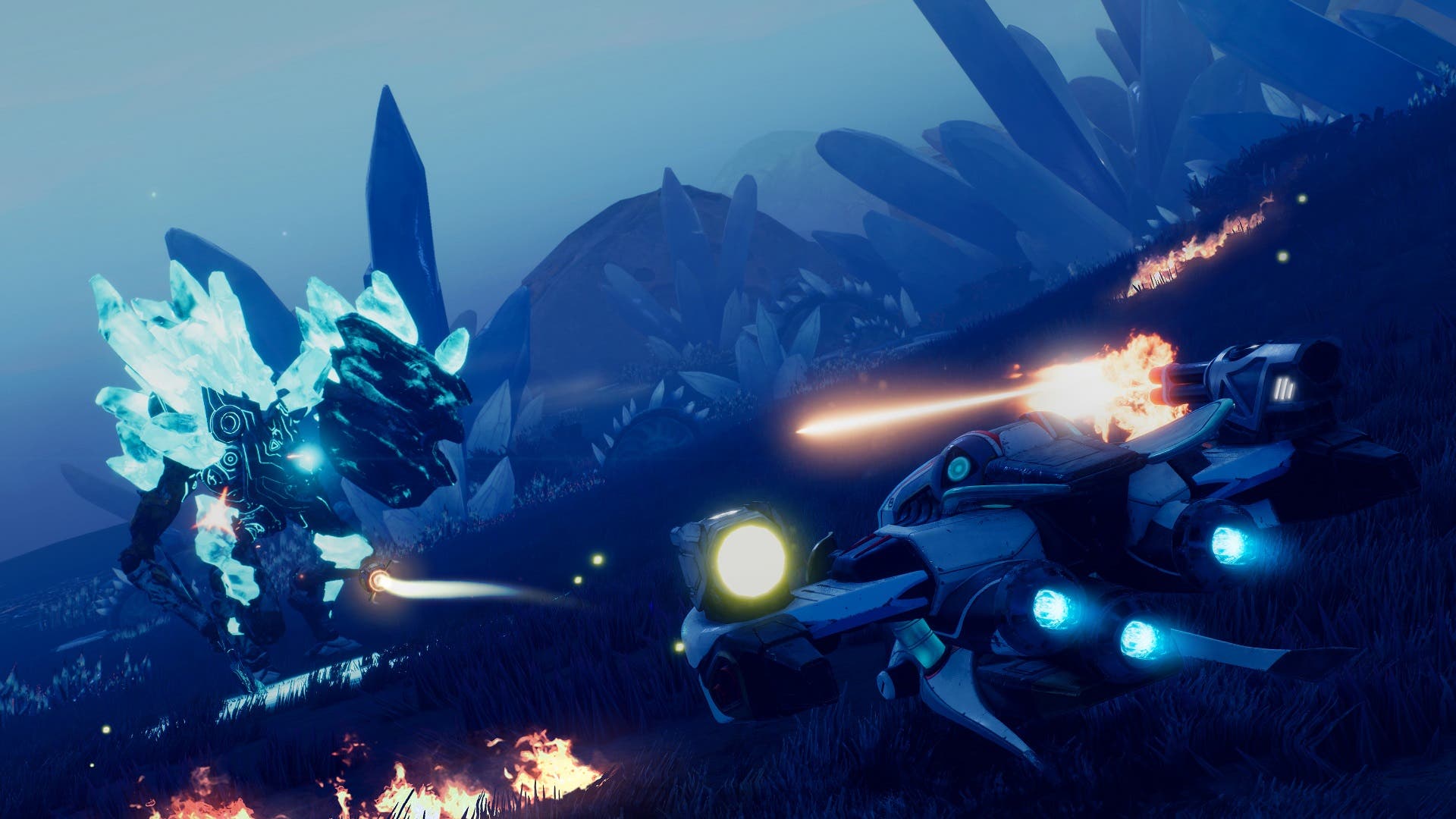 Combat is pretty straightforward, relying on elemental based weapons for all of your attacks such ice, fire, and stasis which provides stuns. There’s a roll mechanic to dodge incoming fire. You can raise your shields to not only block incoming attacks, but also to reflect shots back at the shooter with it being the only way to damage them. While the game will tell you the difficulty of the enemies, you’ll always have to adjust for who you’re fighting, which means you’ll be jumping into menus far more than you’d like to find or decide on the right elemental type of weapon to equip. This is somewhat alleviated by physical toys, but by much as it requires you to have them on-hand. If you die in battle, you can swap to a different chassis that you’ve unlocked and continue on, or otherwise it’s back to a checkpoint.

Starlink relies on mods for mostly everything. You’ll want to mod your ship and weapons for maximum efficiency and the bonuses that they’ll carry. Mods are easily earned, or can be bought from vendors in the game. Simply by completing any kind of missions allows these items to drop or be available. There’s even fusion opportunities to blend what is a bland mod into something epic and powerful, allowing you to continue to use a mod that you favorite or works well with your playstyle. 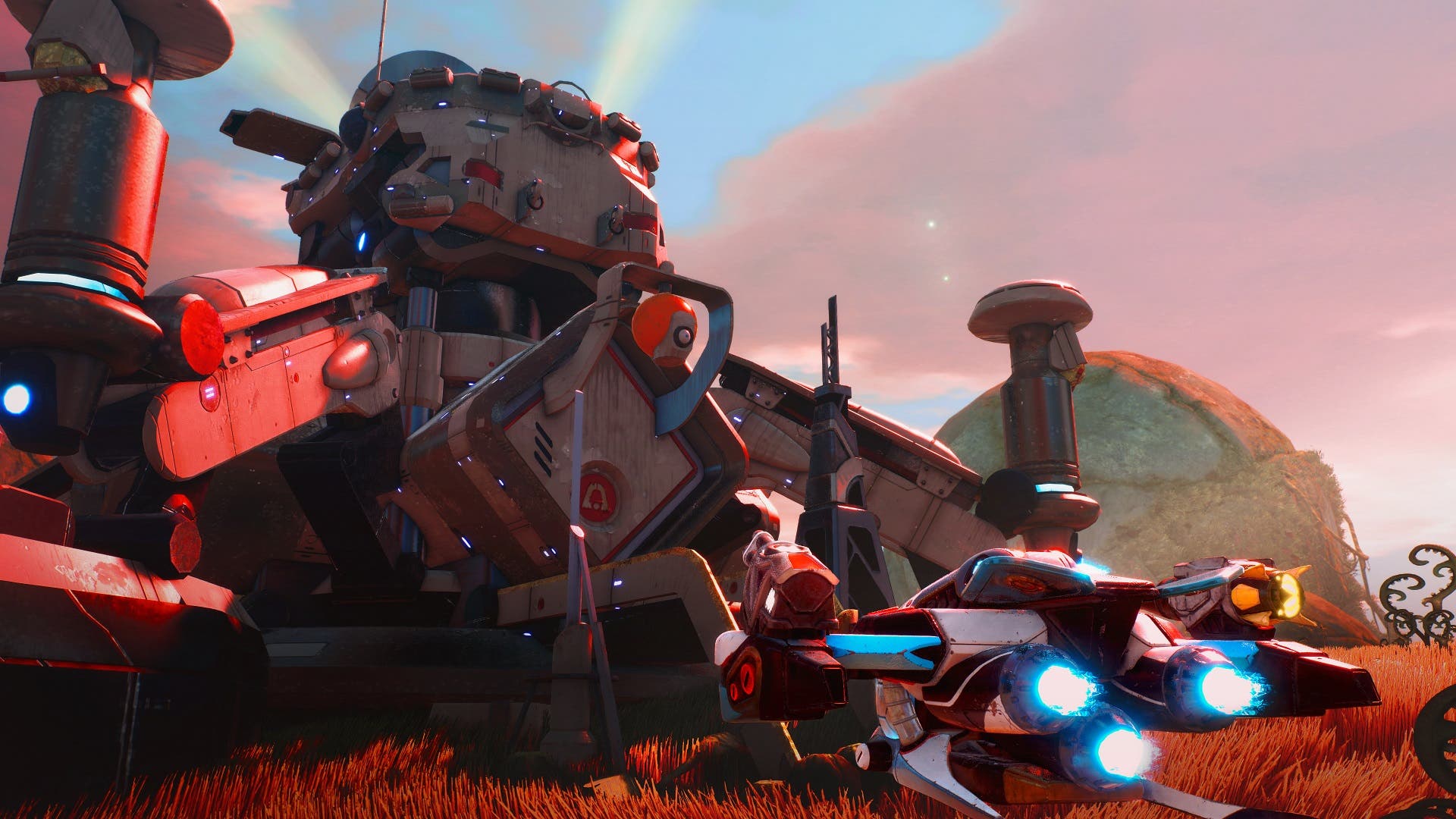 Starlink: Battle For Atlas is a “toys to life” game in which you can (optionally) purchase toys containing a ship and particular weapons and then attach them via a mount that goes to your controller, and see it appear in-game just the way you’ve configured it. While it seems Ubisoft has waned from the physical aspect, there are digital options to bring in what would otherwise be its physical counterpart to attach in-game. Starting out without anything purchased physically or digitally, players will have access to 4 ships, 6 pilots, and 12 weapons. There are a total of 14 pilots, 8 ships, and 26 weapons possible. I don’t think you’re missing out on much, the starter weapons and their elemental options are more than enough to get you through each combat encounter. When mods and skill points come into play, they can balance out anything other ships you could purchase, and even succeed them in many areas.

It may not be apparent at first, but this is an RPG as well. You’ll be tasked with your missions, earning currency, rare materials, and experience. Once you’ve leveled up, you can put points into various skills into your pilot to make them more adept. The variation of pilots shows the most here as they each have a different ultimate and abilities to level up. You won’t likely be swapping them out that much, but there’s a lot of ways to experiment in this game between pilots, ships, and weapons, and it has incredible depth that you don’t see at first glance. 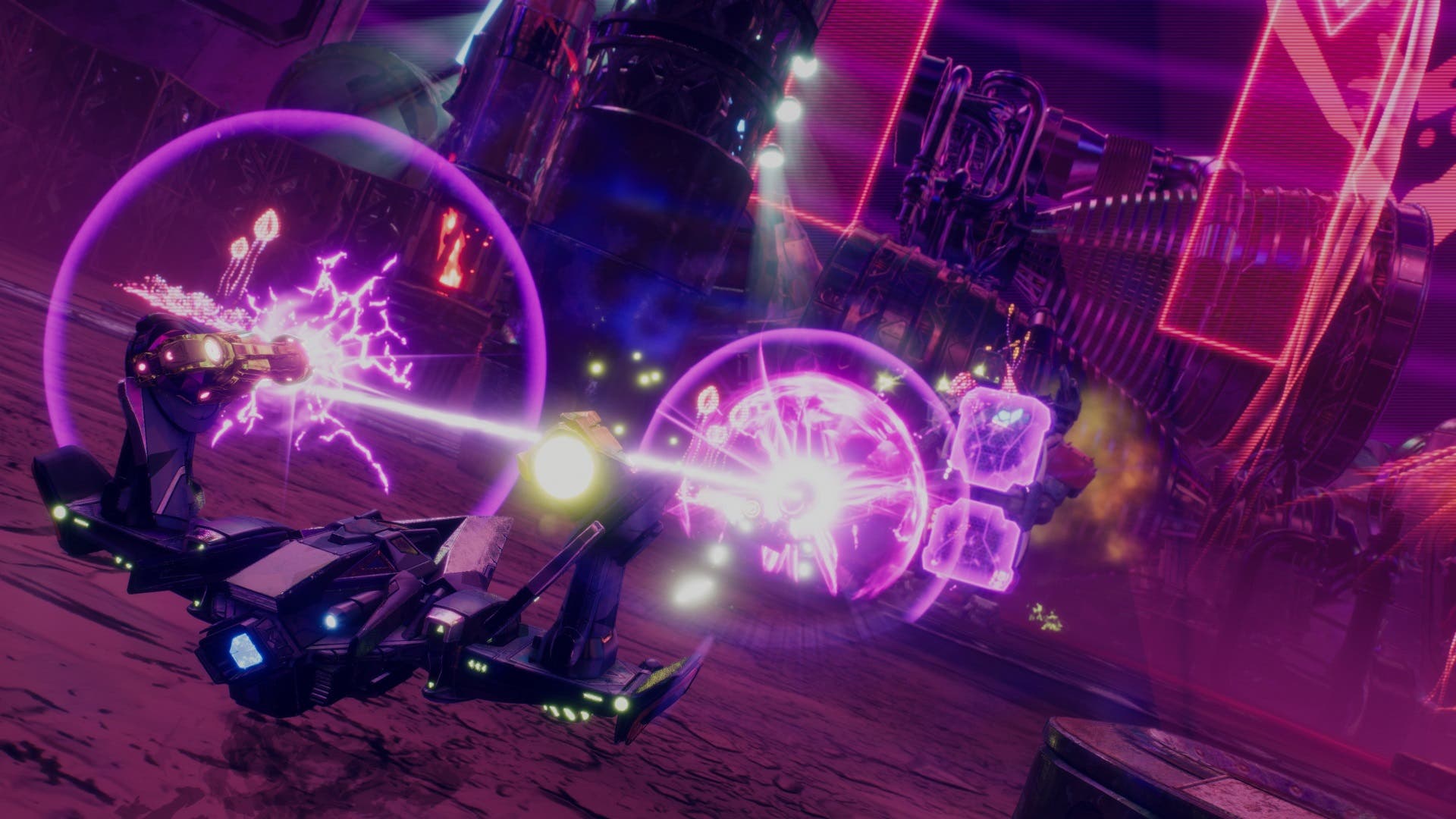 This content comes in two flavors, free and paid DLC. The free DLC comes in the form of a content update that adds racing with a unique control scheme to that of the main game, the ability to hunt new “most wanted” targets, compete in the Colisseum events, paint jobs for your fleet, and the “Star” difficulty level. There’s also the inclusion of weekly challenges you can partake in. The main quest of the Crimson Moon DLC involves the Forge of Atlas which gives you a binary choice at the end, which is something different to that of the main game. The paid content doesn’t change what you can access in this update, but it does offer new ships, pilots, and weapons. The Switch version even gets exclusive Star Fox content (which the base game already had).

Once the content is installed, you’ll get a notification early on informing you there’s a new location to visit. In order to access it, you must be certain parts of the game in Act II. Once you’ve done that, you’re free to head out to the Fortune’s Rest outpost to begin exploring this content. The variety of content is extremely fun and engaging, and provides a healthy dose of challenges you’d want after putting so much time into the base game, feels like proper endgame content. 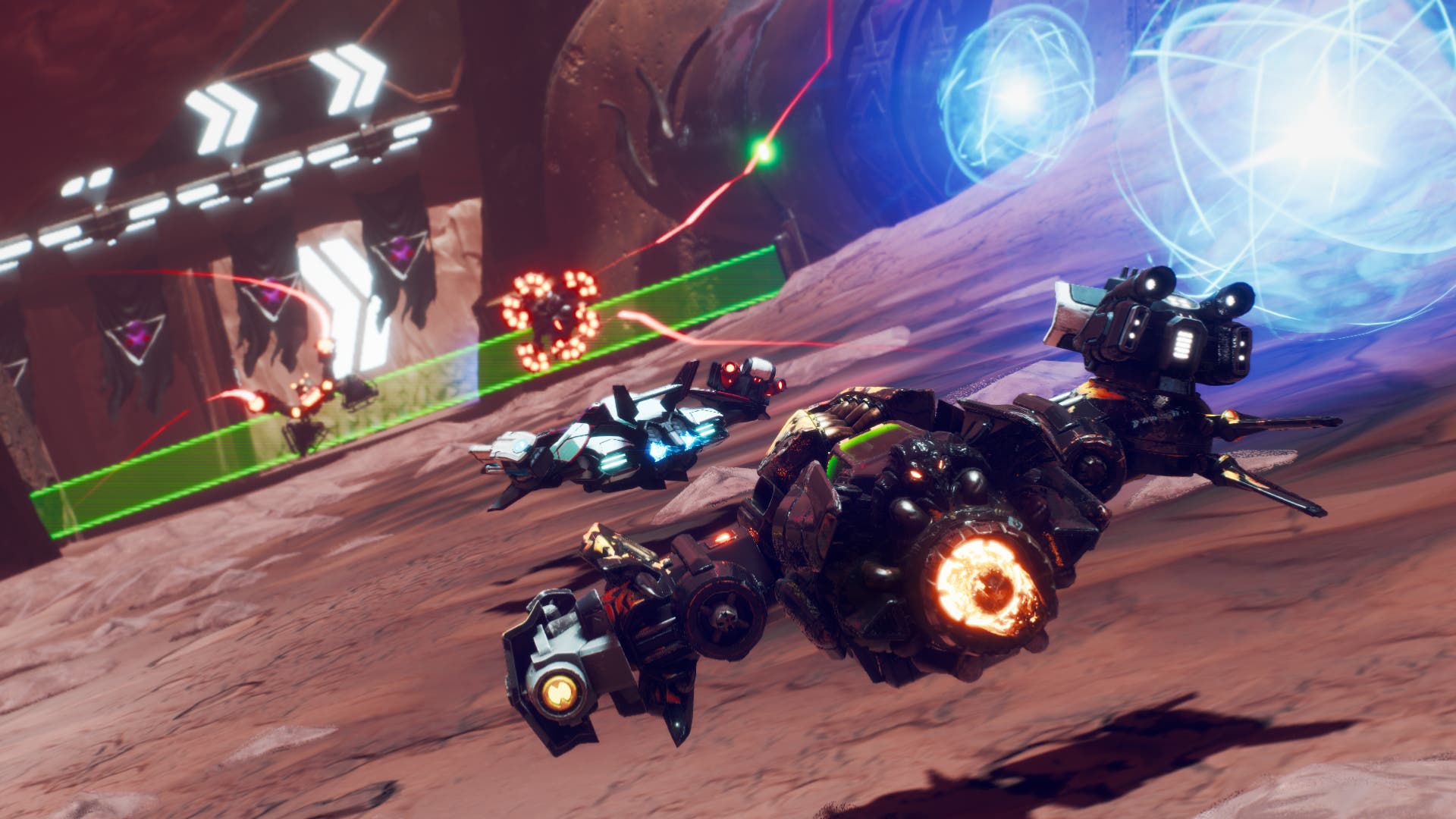 The PC version of this game is exceptional. It has no cap on the refresh rate or framerate. The Snowdrop engine (also used in Tom Clancy’s The Division 2) is used to great effect here for its visuals but also streaming engine. The game supports up to 4K resolution, when combined with anti-aliasing techniques such as TXAA or FXAA, you’ll see some really incredible stuff here. During my time with the game, I’ve never seen it go below 100fps, especially during transition from space to planet. 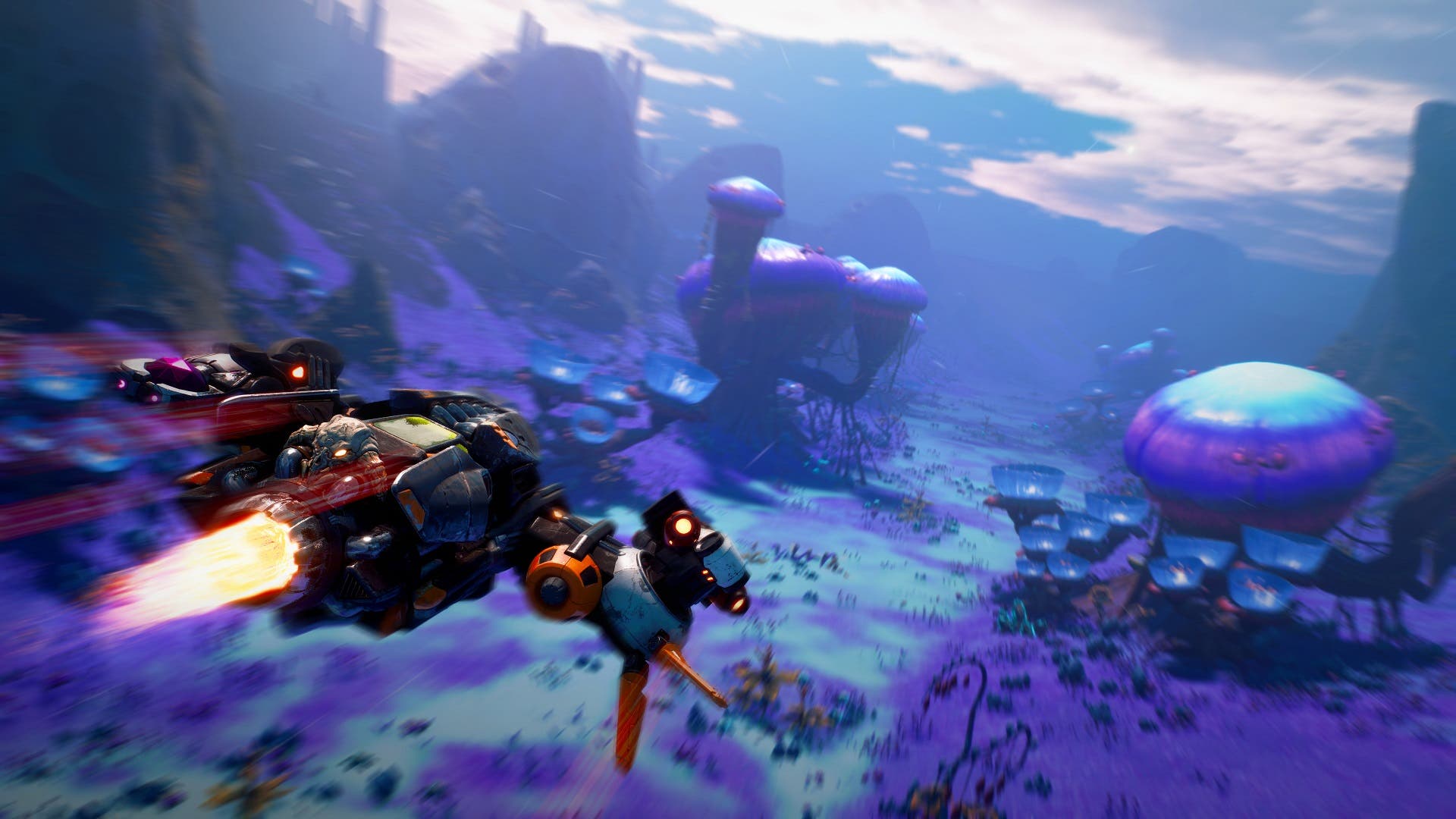 I feel like Starlink: Battle For Atlas has been overlooked, and very much underappreciated. It offers a fantastic space arcade experience whether you’re on a planet or in space, and the smooth transitions between each is ever so satisfying. I do consider the PC version the best and definitive way to play the game, with the exception of the Star Fox content you’d find on the Switch. It is also otherwise in full parity with the other console versions to include the support of the physical toys if you wish to go down that route. Starlink: Battle For Atlas is great for all ages, and has no shortage of content or enjoyment.