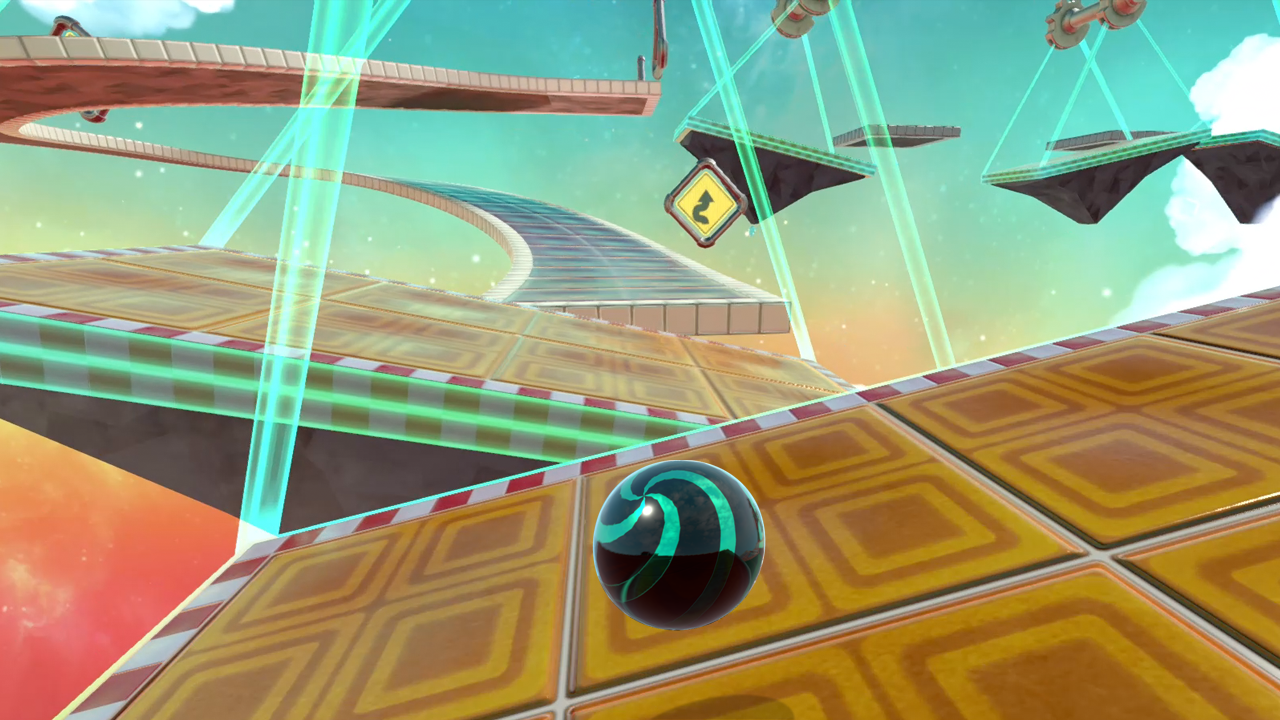 Marble It Up! Review

Marble It Up! comes from developers who worked on Marble Blast Ultra, Marble Blast Gold, and loved Marble Madness. And if you know what all of those are, then you probably don’t need to read further. Marble It Up! offers up lots of developer-made content over six chapters, with an incredible amount of levels thanks to the Steam Workshop. Marble It Up! is a wonderful game that never ceases to surprise, and the new Challenge Update adds in a necessary level of difficulty that was missing previously to make the experience feel whole.

Editor’s Note: Reviewed after version 1.3.10 (the “Challenge Update”) was released

It might not be easy to tell what Marble It Up! actually is. It’s a lot of things, a platformer, racer, and puzzle game. How the developers use all of the systems and mechanics is what . It’s deceptively simple at first glance, but the latter half of the game tests you to the fullest. There are even power-ups that give you a mega-jump, speed boost, and even slow down the timer to help you get a better finishing time. There’s even gravity-altering systems that really put a spin on things. The feel of the ball has a sense of weight and momentum, and when you consider that some of the developers have even worked on the Tribes series, it all makes sense why it feels so good.

This is a very colorful, vibrant, and happy feeling game that’s shown each of its levels. They’re all very abstract or distanced from reality, or ever feeling grounded, both literally and figuratively. There’s now six chapters with 10 or 11 levels each that increase in difficulty, all building on what you’ve learned in previous levels. Some levels are pure races, requiring you to get to the end the fastest way possible. Then there’s ones that have you collect gems in order to open the exit portal. And finally, there’s puzzle levels that require some thinking to reach the end. Marble It Up! takes place on planets, in space, across time, and feels timeless as a result.

Completing Marble It Up! takes several hours to do. Beating a level is one thing, getting all golds or diamonds is another thing entirely. You’re always rated on time to completion, with bronze, silver, and gold times. Diamond times are never shown, but awarded when you have the need for speed. Each level has plenty of secrets, unlockable marbles, and ideal routes that’ll get you the best time.

With Steam Workshop support, the users have created many levels that range from devious to diabolical. It’s incredibly cool to see what variations and fresh ideas they can bring to the format of the levels you can already find in the game. Their integration into the game under custom levels is incredibly fast and intuitive. You’ll quickly find your favorite creators and levels here.

The aforementioned “Challenge Update” brings the game current on Steam to that of the Switch version. It introduces the entirety of Chapter 6, Weekly Challenges, a redesigned UI, and lots of other fixes and improvements. The experience of the game for the first time was incredibly positive, and I love all of the work that went into it to make it what it is now.

As with any platformer where mistakes can happen on a whim, there’s a quick restart button that after a short countdown, gets you back in the action. You can come across time slowing power-ups, but the game offers checkpoints. If you ever fall off, you can continue a run at no additional penalty beyond the time lost. I’ve gotten golds on some levels even with falling off the platform once. There’s also a system in which you can rewind to go back, but this invalidates your time on the leaderboards, understandably. The developers have tools to achieve the fastest time in the fairest way possible.

Marble It Up! never disappoints. With the speed and momentum of Tribes to the look and feel of Marble Blast Ultra, Marble It Up! wears its inspirations on its sleeve. Later levels will test your patience and resolve, but it is so satisfying and rewarding to get that gold medal on a level. This kind of game has been missing for far too long, and I’m glad it is alive and breathing in Marble It Up!