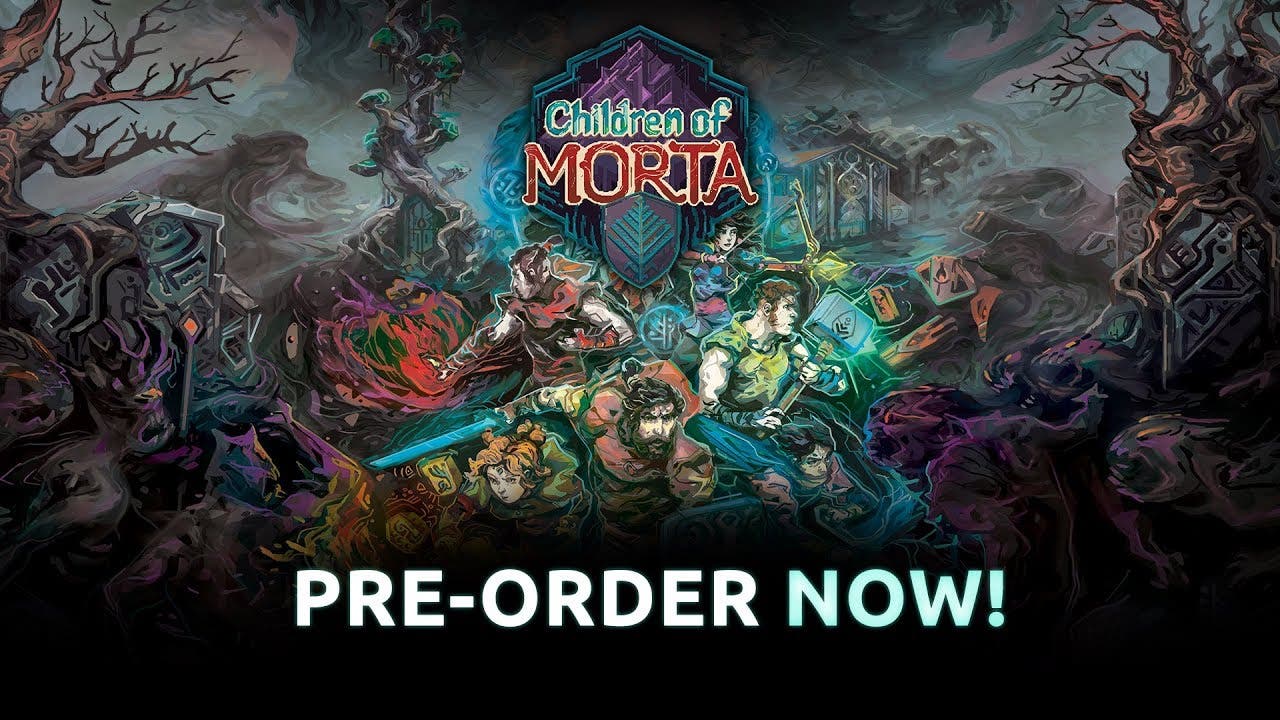 Children of Morta available for pre-order, Signature Edition offers physical version of the game and extras

Warsaw, Poland, June 28, 2019 – 11 bit studios have been on pins and needles with excitement waiting to reveal the contents of the upcoming Children of Morta Signature Edition. This physical version of the game, being prepared exclusively for the Nintendo Switch and PlayStation 4 platforms, has been crafted with the help of partner company, Merge Games. The Children of Morta Signature Editon will be available worldwide alongside the digital release planned for later this summer and can be found at https://signatureeditiongames.com/.

Containing a region-free copy of the game, the Signature Edition also includes a pocket art book, a set of six beautifully crafted enameled pins representing symbols of the unique combat styles of each Bergson family member, as well as a signature (hence the name!) certificate portraying the entire family at dinner, and a brand new art card. Children of Morta Signature Edition pre-orders are launching today while the digital version can be pre-ordered on Steam.

Children of Morta lets you join the extraordinary Bergson family as they battle a mysterious and deadly corruption that threatens to engulf their homeland. The guardians of Mount Morta must stand firm against an ancient evil or lose all they hold dear. The upcoming action RPG has already picked up a few notable accolades such as one of The Best Indie Games of GDC 2018 by Game Informer, and a People’s Voice nomination at SXSW festival. Described as “absolutely stunning” by Destructoid and “very impressive” by PC Gamer, Children of Morta will be releasing later this summer.