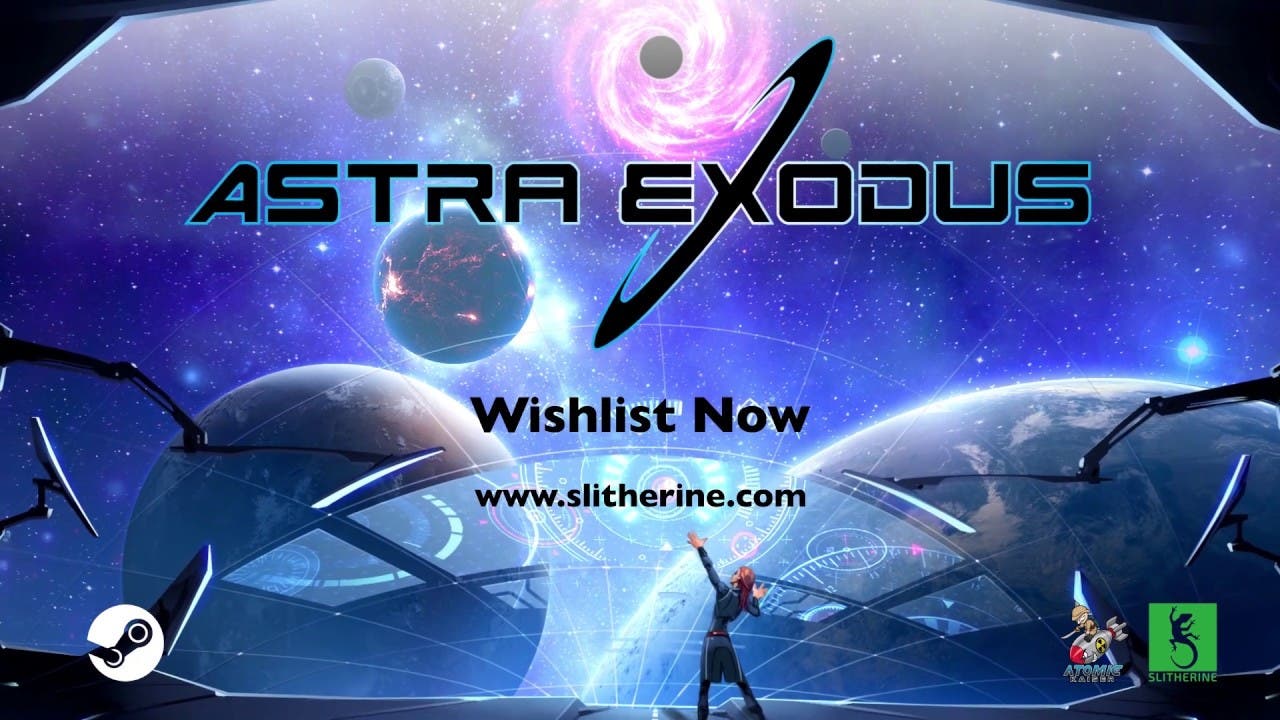 Astra Exodus is a new 4X game from Slitherine and Atomic Kaiser, coming to PC this year

Aliens, pirates, scavengers: the deep dark space is full of trouble. The human race has traveled for long across the galaxies, but it now needs to find its way back home, to good Old Earth.

Take command of all humans resources: study new techs, build new ships to travel, explore and colonize anything from small planets to entire galaxies. Solve huge space mysteries – but prepare to fight; is a dangerous place where pirates and hostile aliens lurk in the dark waiting for your next wrong move to hit you without mercy.

Astra Exodus is the new space grand strategy game with all elements you eXpect from a serious 4X. Explore the galaxy, found new colonies and try to forge strong alliances with alien races. Fight off pirates and slavers and fight real-time battles to repel invaders and conquer new worlds when all your diplomatic skills have failed.

The single-player narrative Campaign will send you up and down the four corners of the galaxy following the mysterious Legacy of the Exodus, with a series of linked missions. You can also choose the free sandbox mode and go full-alien, taking the lead of one of the other seven factions, from the winged Okli to red skinned reptiles of the Veloran Horde, each with unique traits and abilities, for endless 4x action.

A game developed from the ground up to modded. Players will be able to add or modify any faction, starship, troop, technology and everything else and boldly go where no one has been before.

Astra Exodus will be available on PC later this year. You can wishlist it here now.