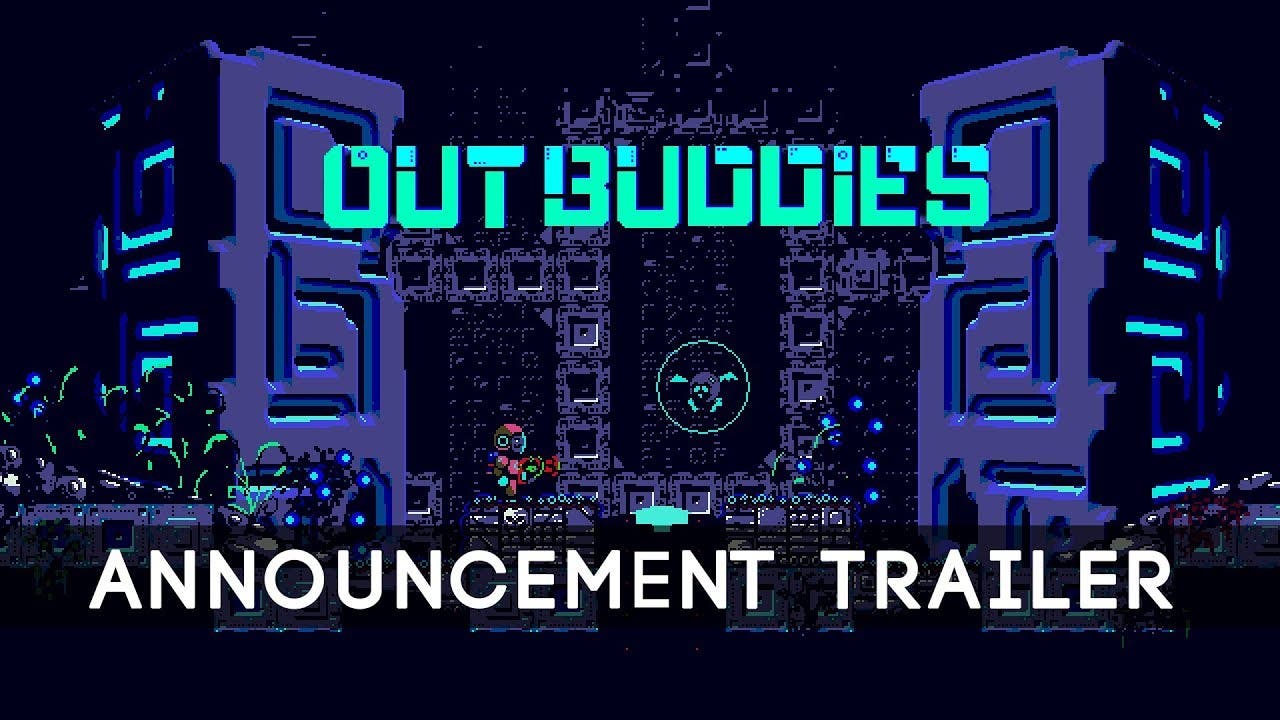 Outbuddies is a local co-op Metroidvania, set to release on PC this year and consoles in 2020

July 9th 2019 – Your friendly neighborhood publisher Headup happily announces Outbuddies, a classic Metroidvania* exploration game including local co-op elements. After its Kickstarter campaign in 2017, German solo developer Julian Laufer created an intriguing adventure about the Old Gods, strange creatures and the remnants of a lost world. Headup is very happy to support Julian’s efforts by publishing this wonderful old school game for PC and later on for consoles, too.

Players will experience real non-linear Metroidvania gameplay and uncover five distinct areas, all with remarkable puzzles, environmental hazards, epic boss encounters and captured Wozan to uncage. The helpful Buddy unit will procedurally map the area and function as a handy quality of life tool that can be controlled at will to manipulate your surroundings using various abilities like hacking, scanning, and telekinesis.

Outbuddies features a highly skill- and mechanics-based progression system, both in terms of combat and platforming abilities. Each of the game’s four upgradable weapon systems is also an essential survival tool, that has to be chosen wisely in order to stand a chance against Bahlam’s various traps and unforgiving foes. Bosses were designed to live up to genre highlights such as Dead Cells, Dark Souls and Hollow Knight and will require split-second reflexes and profound memorization of attack patterns to stand a chance.

The local co-op option invites a second player to explore and experience Outbuddies together by taking control over the invincible “Buddy” unit. Support each other on your journey home, solve puzzles and overcome Bahlam’s hostile maze. This will also provide an opportunity for team-speedrunning as a very unique take on the scene.

Outbuddies will be available on Steam in late Q3 2019. The 2D platformer will follow to Nintendo Switch, “PS4” and Xbox One in 2020.